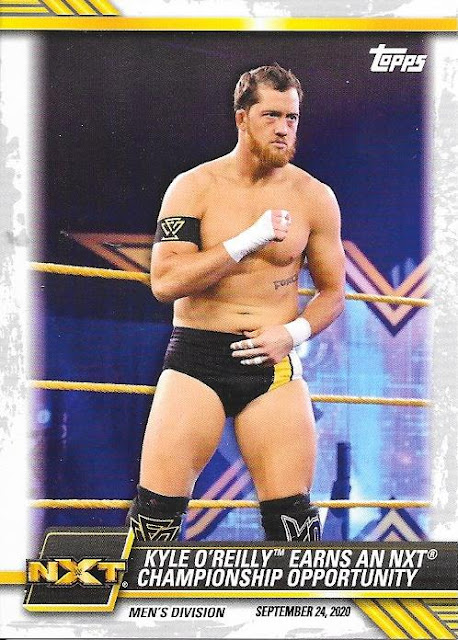 Kyle was a great part of the group, and I didn't really buy into him as a singles contender initially, but they did a really solid job of making him legit after the fracturing of the group. As part of the group though, you knew he was capable, and excellent as part of the tag team with Bobby Fish, and the group has his back where needed. 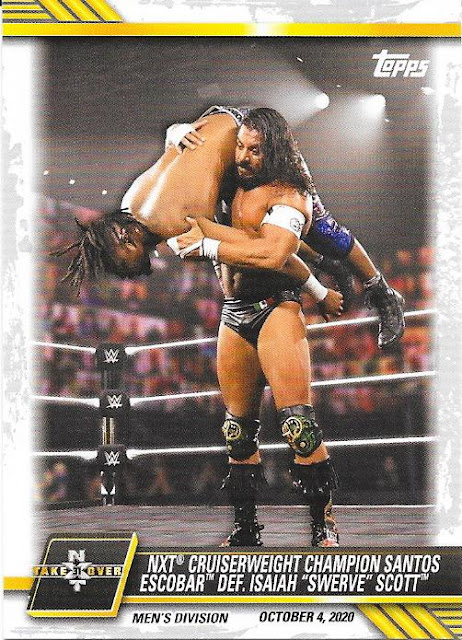 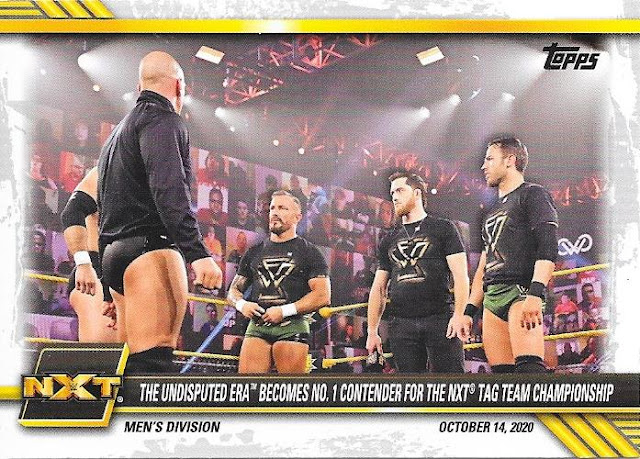 A better shot of most of the group (sans Adam Cole...Bay Bay). 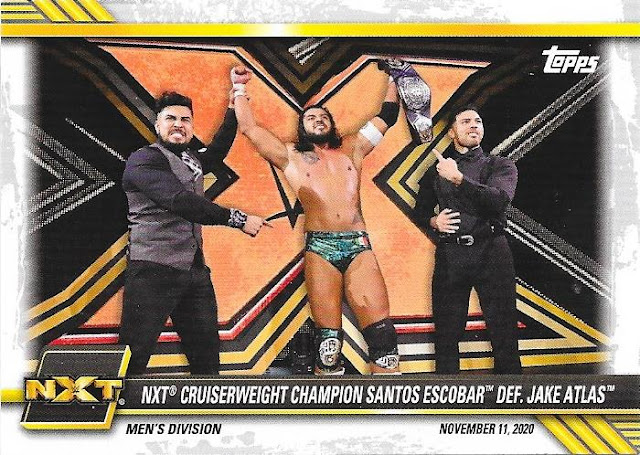 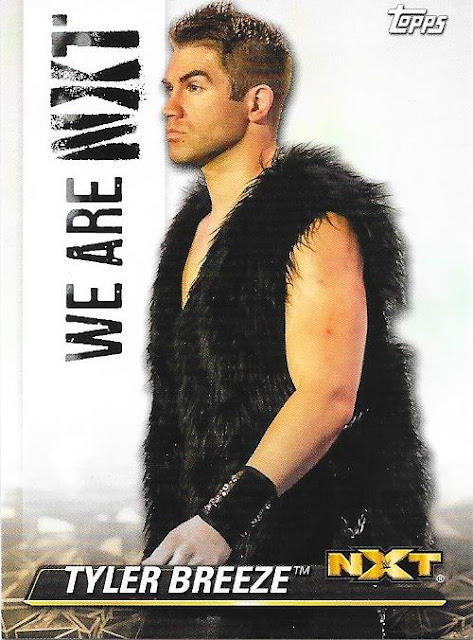 Prince Pretty shows up - definitely someone who IS (or was) NXT. 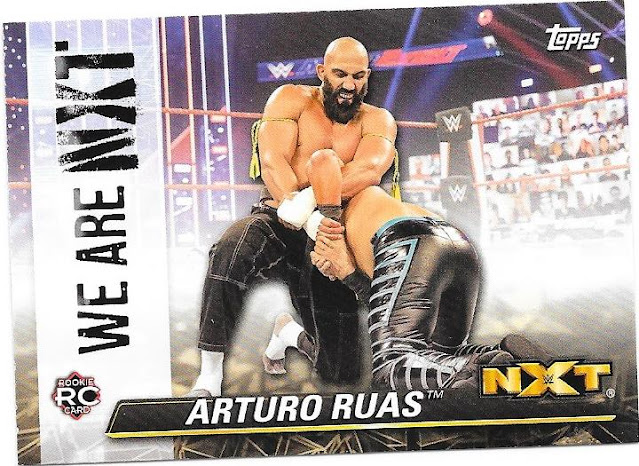 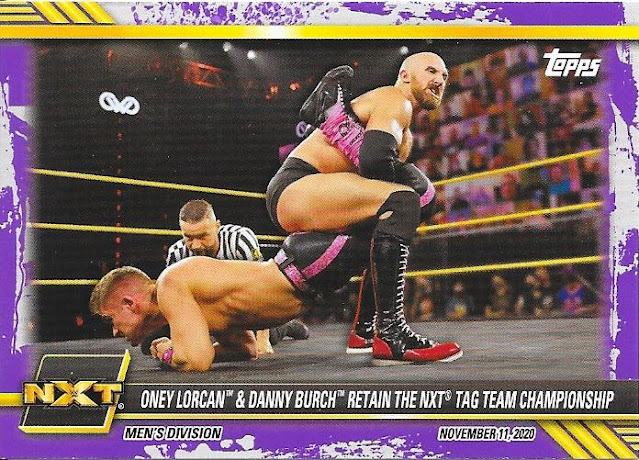 Another purple parallel to end another solid pack.

Let's tack on another PWE trade - this one received from StarsFan. 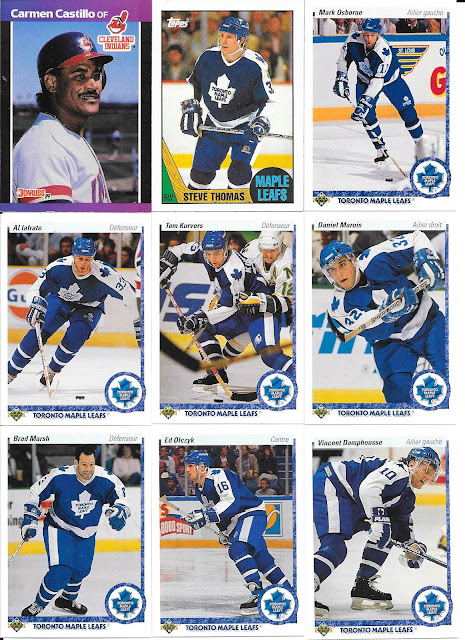 As I've said before, I basically just collect English cards - but will keep the French versions, and no problem getting those in trades either. I don't believe I have any Toronto cards in any language other than English or French when talking baseball or hockey. I am sure they are out there, but I don't know that I could enjoy them as much, as unique as they may be. Heck, I'd still keep them, I just don't have interest searching them out. 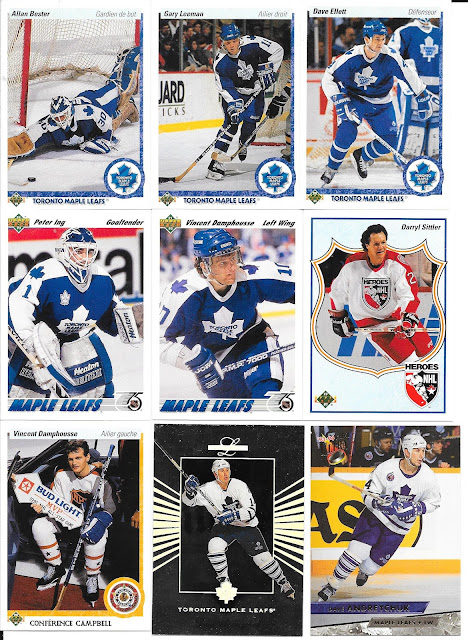 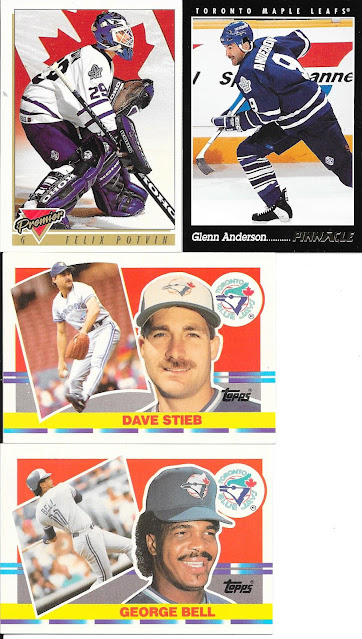 Just like I don't go out of my way for the slightly larger Big Topps cards, but will add those to my collection happily too - even if the size makes it a bit harder for others to ship them to me.

Very much appreciate the opportunity to give these a new home!