Today's 2021 Topps WWE Heritage is heavy on the Smackdown. 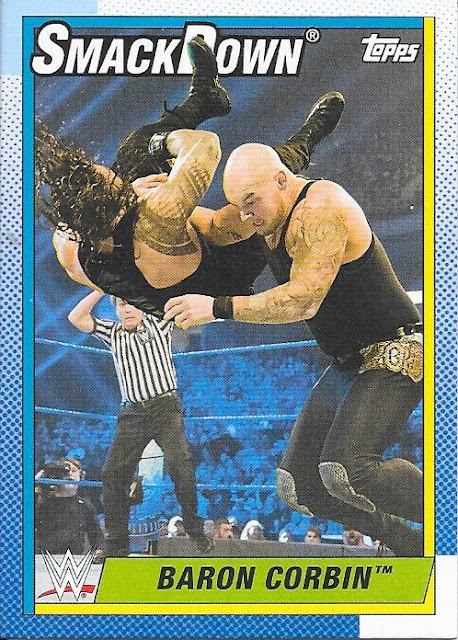 I hate the "Happy Corbin" character. Don't get me wrong, early Corbin wasn't too great either. I didn't mind where he was inbetween - after he cut the hair, but before he became "Happy". Is what it is, and I guess someone likes the changes. The man does put everything into whatever he is given though. 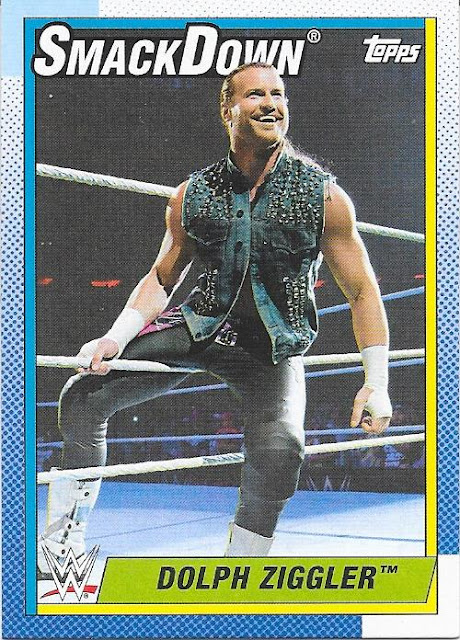 I mean this as a compliment, Dolph is like a Chris Jericho light. He is able to tweak and adjust his character, he is a great upper middle carder who can be a main eventer in short spurts when needed, he is a great teacher and good hand to have. 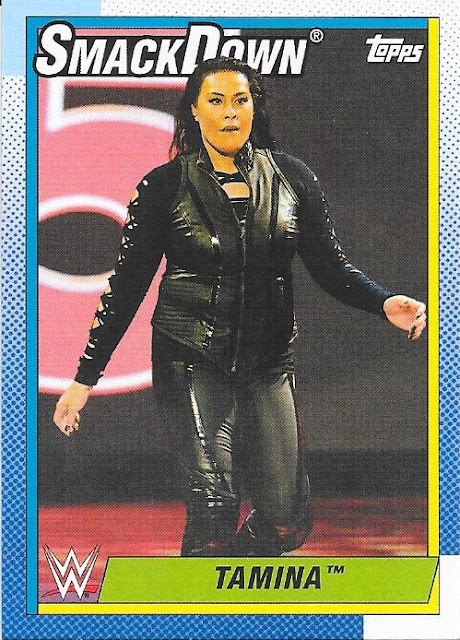 Here is Tamina entering number 25 in the 2021 Royal Rumble. 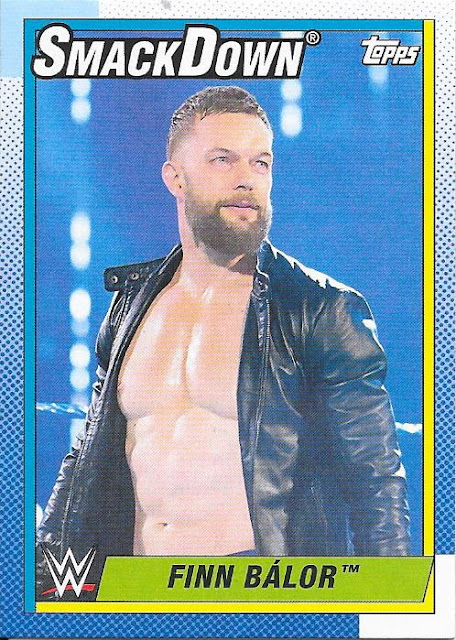 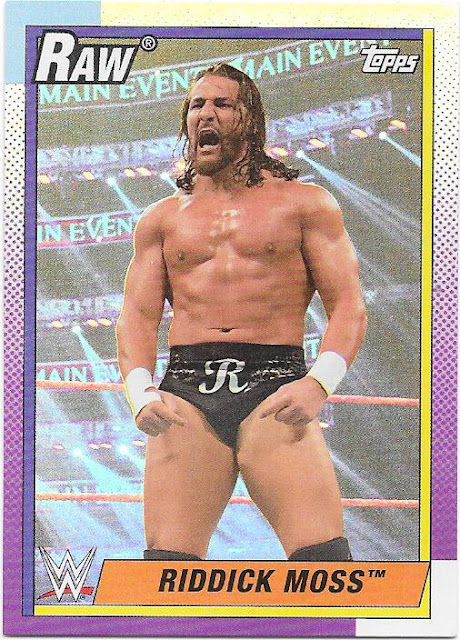 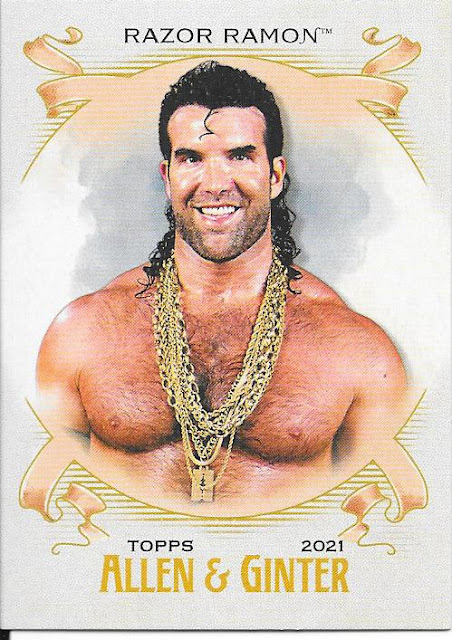 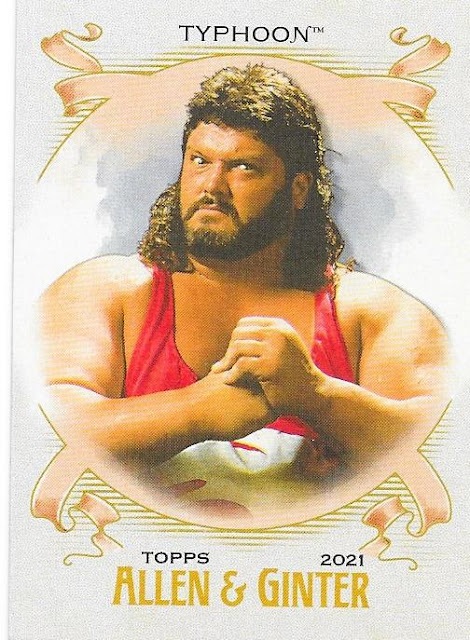 Nope - when I think of this man, I think first of Tugboat, then of The Shockmaster, not Typhoon. Fred Ottman was the classic 80s-90s big man.