There's nothing like a good stare down in the ring to draw attention and reaction. Kinda like Tozawa here, just works better when you are face to face. 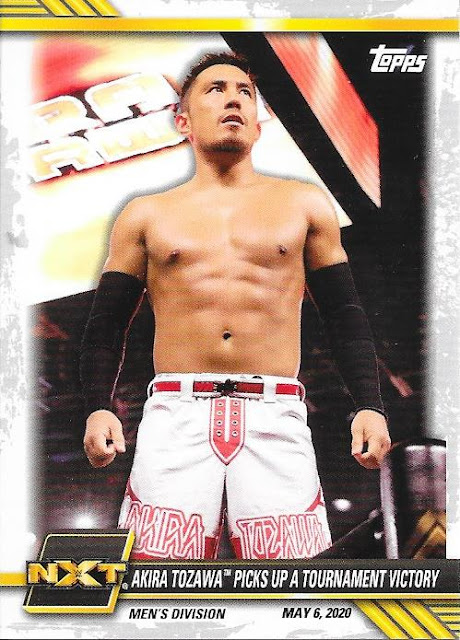 Now this one is much better... 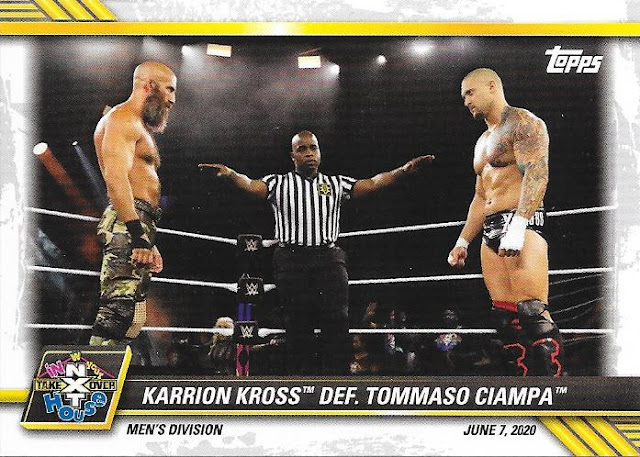 Kross and Ciampa do a good job here with the stare down. May not be Rock versus Hogan and Wrestlemania 18, but a good staring and giving the crowd a moment to take it in gives a good moment.
Ciampa and Kross had decent chemistry - not as good as Ciampa and Gargano, but these two still had some solid matches. 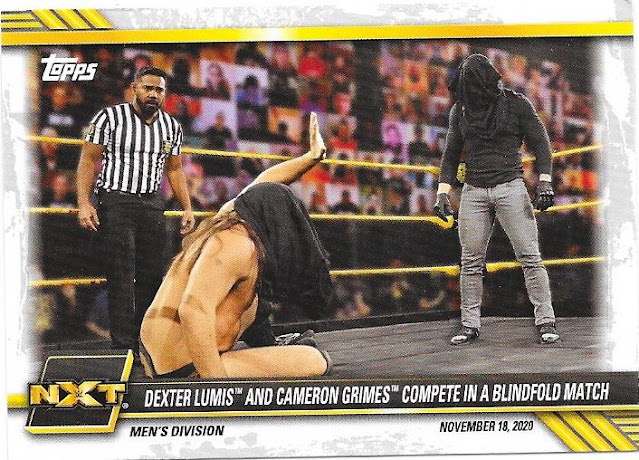 As much as stare downs work, blindfold matches don't. I mean, there has only been a few, so they haven't beat it to death, but it's hard on the wrestlers and takes a lot to make it work. Sure they can see through the blindfold bags, but to act of not being able to and telling a good story has to be very tough. 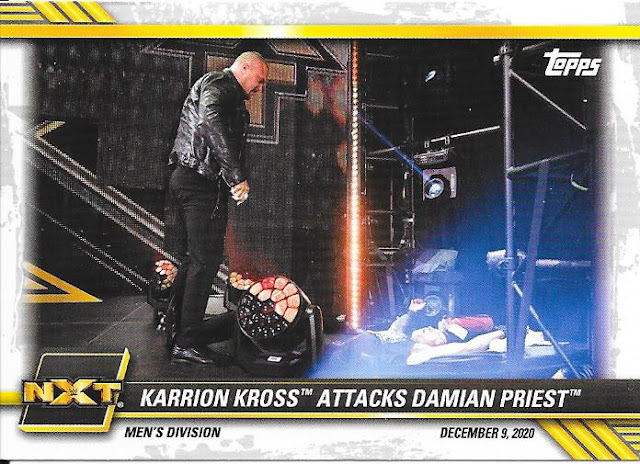 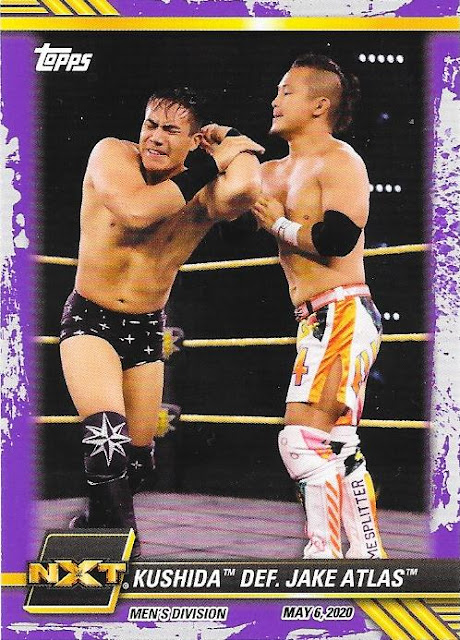 Another purple parallel - been about on track here as they show up every other pack. I'd rather just have the extra base card to help the completion of the base set. 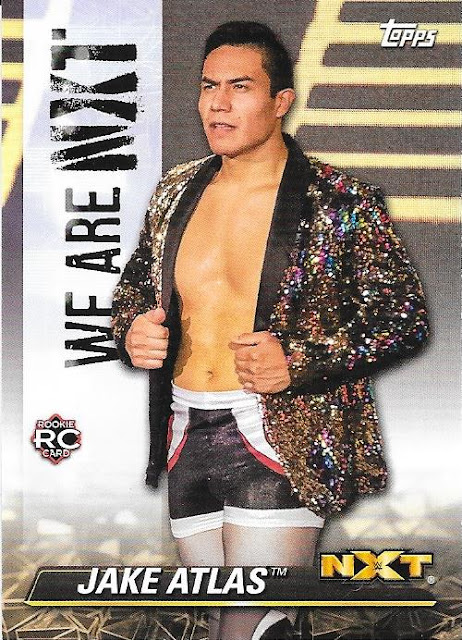 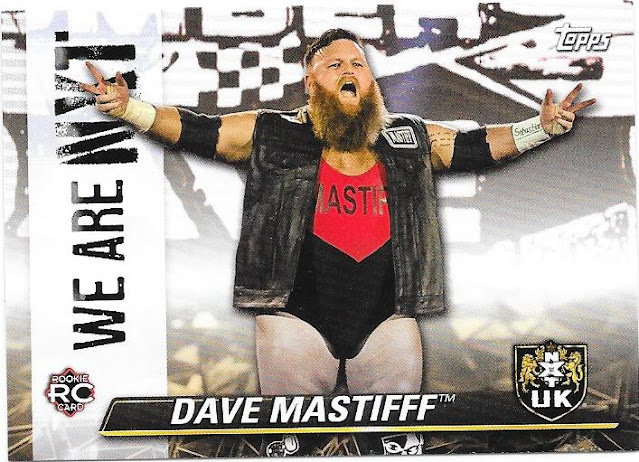 We end the pack with a couple more We Are NXT cards. With the whole NXT 2.0 movement the last half year or so has been such a departure from the "We Are NXT" attitude, and personally, not yet in a good way. I miss the old NXT attitude.