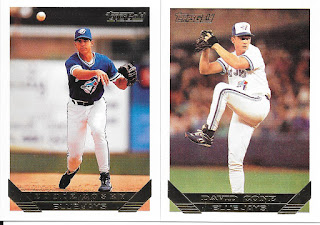 Two more Jay additions to lead the pack, but two very different players.
Eddie Zosky played in 26 games for the Jays between 1992 and 1993, yet he is a name I know clearly for the team for some reason. It probably goes with that being the height of the team, and my fandom with them being to know very player and everything I could because you tell me someone who was a Jay for 26 games in the early 2000s, I probably would have no recollection of them.
Eddie did go on to play another 18 games in the majors in 1995, 1999 and 2000 with Florida, Milwaukee and Houston respectively.
David Conde, many forget, had two different stints with the Jays - one in 1992 and again in 1995. In 1992, he was an important piece to the World Series puzzle. 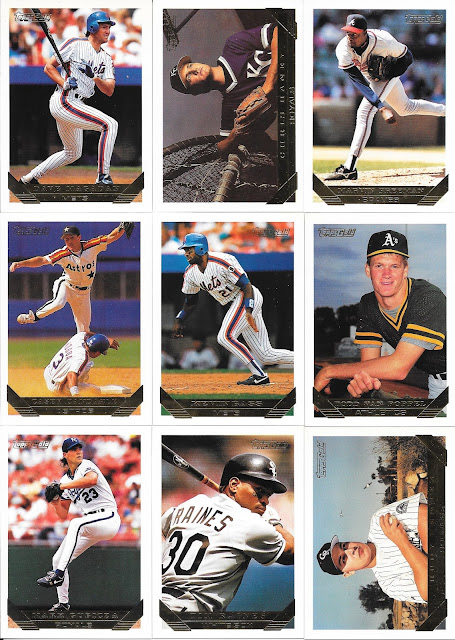 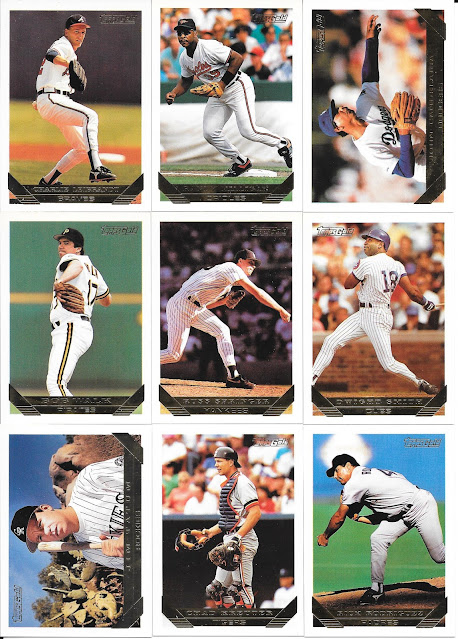 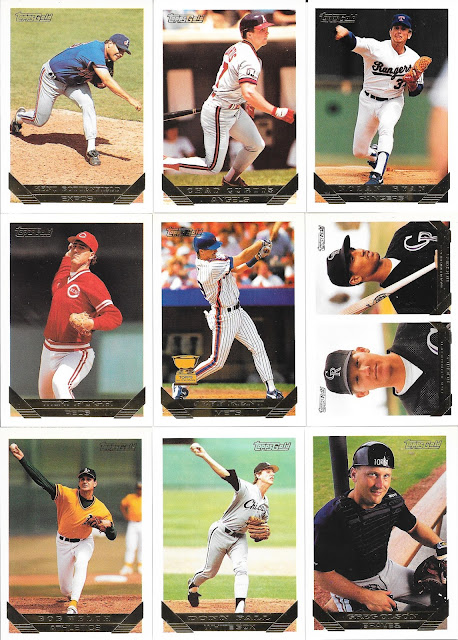 Sweet in getting the Nolan Ryan as I figured he may be a guy that I don't see a bunch as I could see him being cherry picked out. I think Griffey is one that will be along with Jeter - at least those are the two names I noticed really so far in these gold parallels. 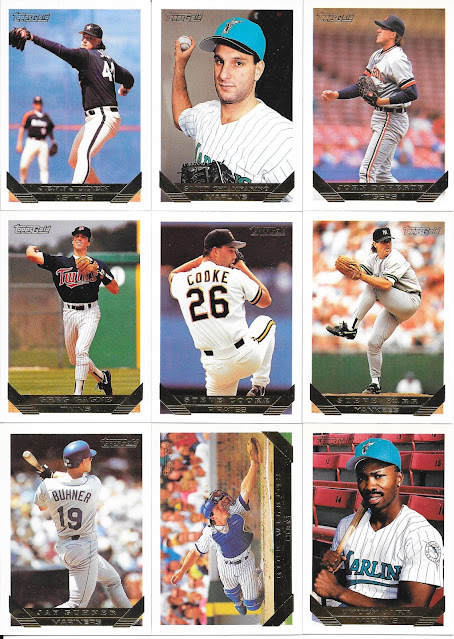 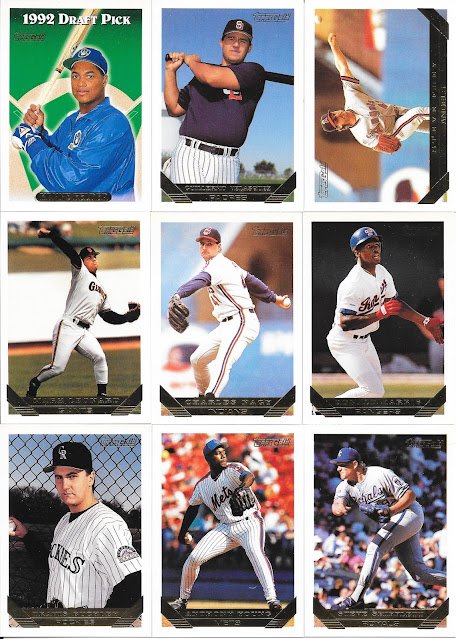 Kenny Felder here on his 1992 Draft Pick card, never quite made it to the bigs, though he did progress up to triple A ball, but that was the highest point of his career.

Another sold (gold) bunch here. Plenty more to dabble through too! 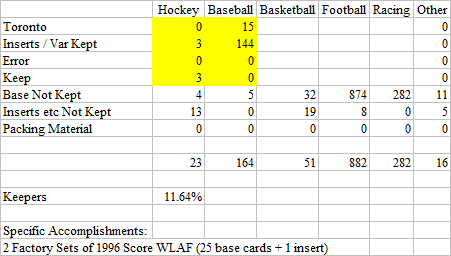 Let's end today with an eventful PWE trade with first time trade partner ssabreman at TCDB. This PWE actually knocks out two different sets I have been working on...give or take...have to pull and check them... 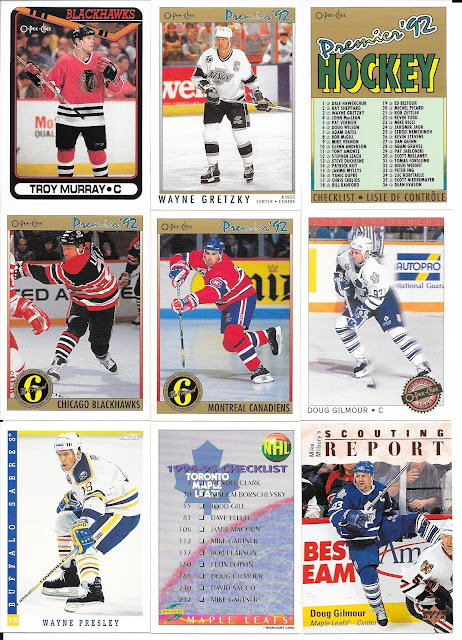