Back to the massive Pro Set base set, and today, a whole bunch of draft picks. I didn't know going in, who the "big rookie" was and what card I should be looking for etc, but in going through, I spotten one at least. 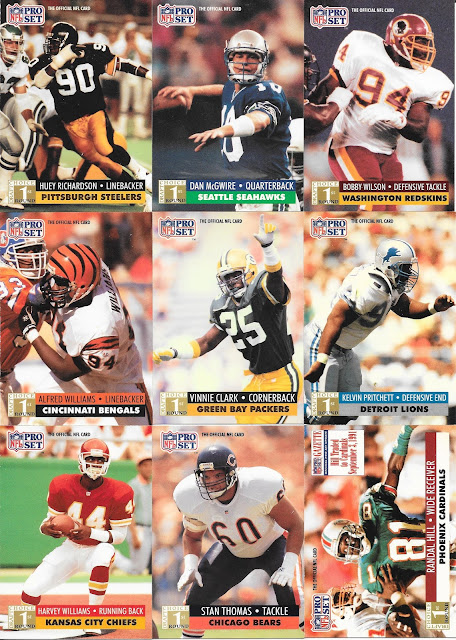 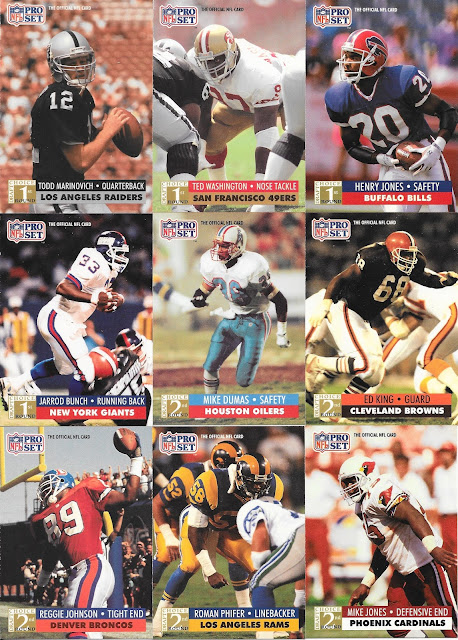 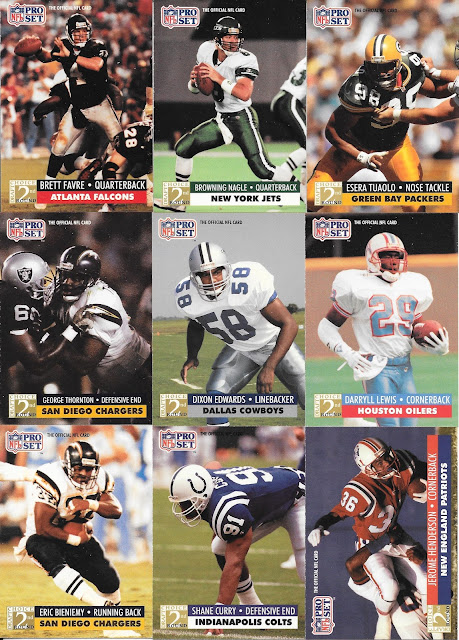 There's Brett! Favre is the big name, to me at least. A bit surprised his rookie was left in, even though it is Pro Set. Though these cards come from a "smoke-y-ish" binder, it actually doesn't smell and isn't damaged (so must not have been in the top row). Still not something I will hang on to, and looking at eBay, not worth the handful of dollars to keep as it so on it will go to a new home when I can find it one. 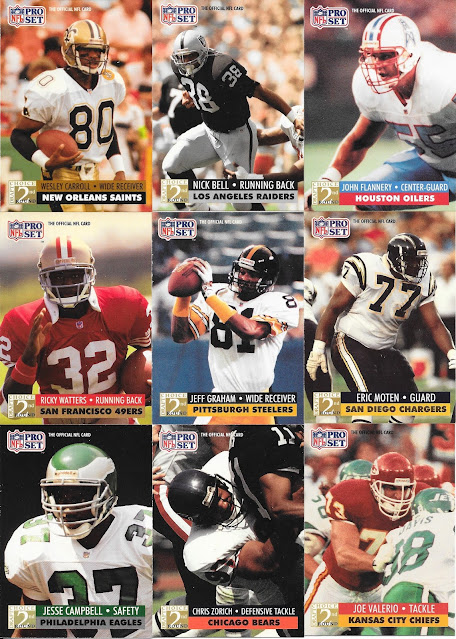 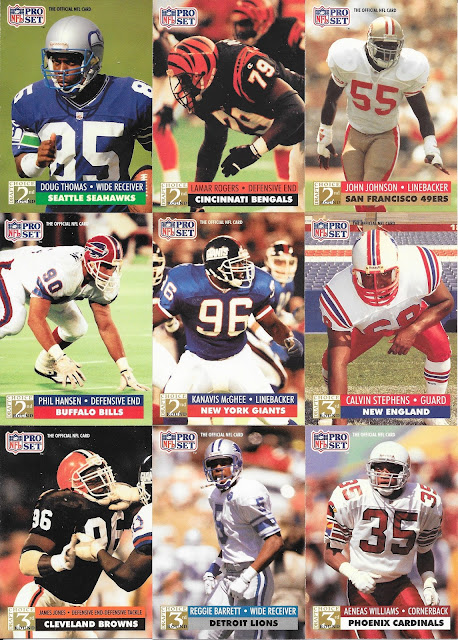 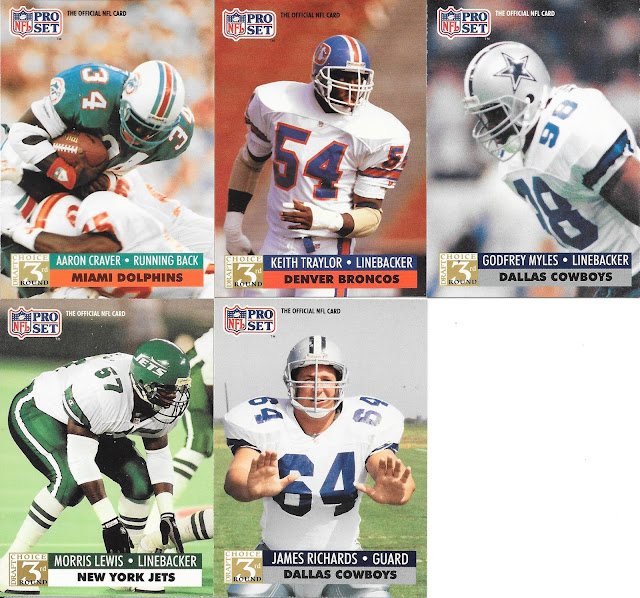 Still amazes me that it isn't just the first round picks...or the second round..but that they included 3 rounds worth of picks in the base set. Could understand each round even as an insert set, but pump up that base! 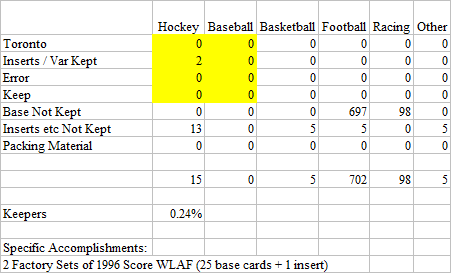 I know, really doesn't look good for my collecting at this point, but I know the smokey-ish binders are more not collecting than keeping cards - it'll get better for me.
Posted by CrazieJoe at 8:00 AM