Win With The NFL

You would think with an 850 card base set, there was nothing else to include in these packs of cards, but yet...there was more. 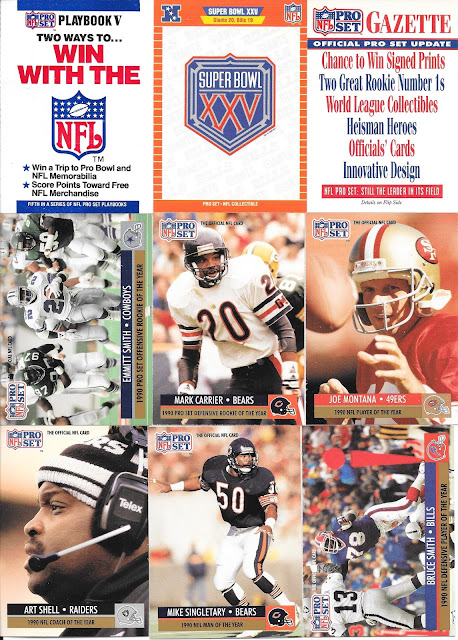 Pro Set was good for different advertising or similar inserts, and the top row of cards there are exactly that. The Win With The NFL is actually a scratch card which can win you...well most likely points or discounts when buying stuff.
This is the start of the base set too, which of course highlights the award winners and gets them additional cards like Joe Montana and...dang - Emmitt Smith when he was a rookie - my gosh that was forever ago! 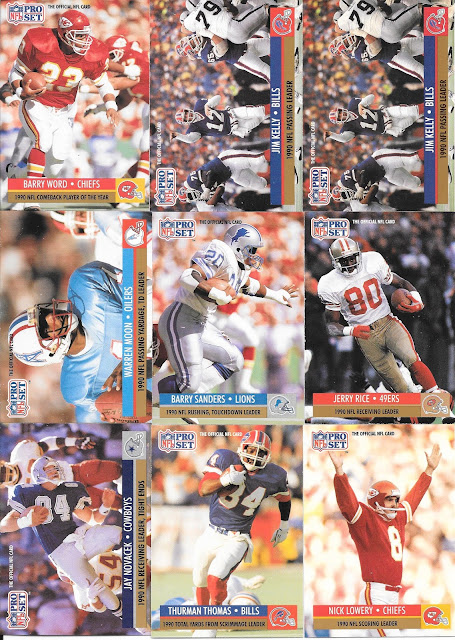 Talk about the names of names for the times - Jim Kelly, Bruce Smith, Warren Moon, Jerry Rice - all of them - this is who I think of when I think of when I really followed football. I know, it was a long time ago, but that was my phase. 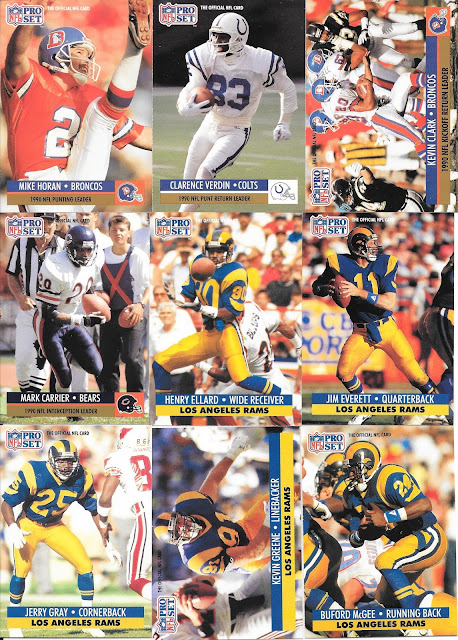 Sweet - another wrestling related sighting with Kevin Greene. For those who didn't follow, he had a few different stints with WCW in the mid to late 90s. He debuts in June 1996 and last wrestled in July 1998. Interesting fact - he had to retire from wrestling when his NFL contracts started to have a "no wrestling" clause due to the potential of injury and impact on his NFL career. 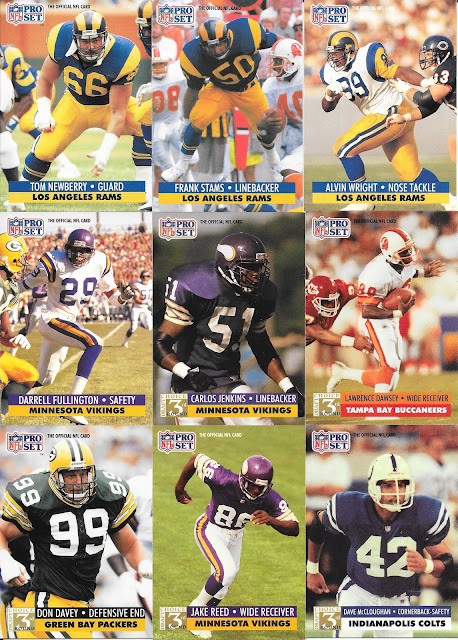 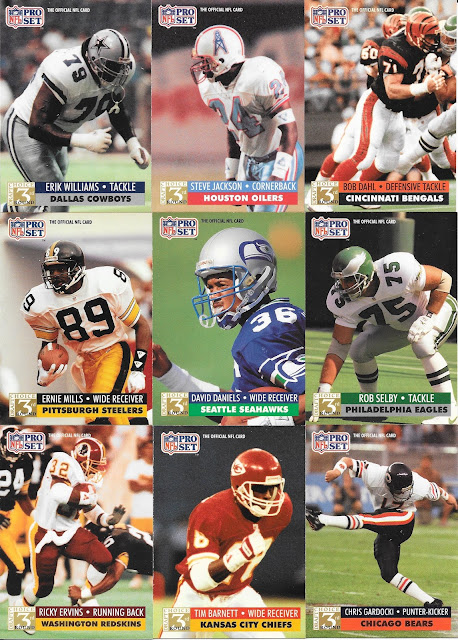 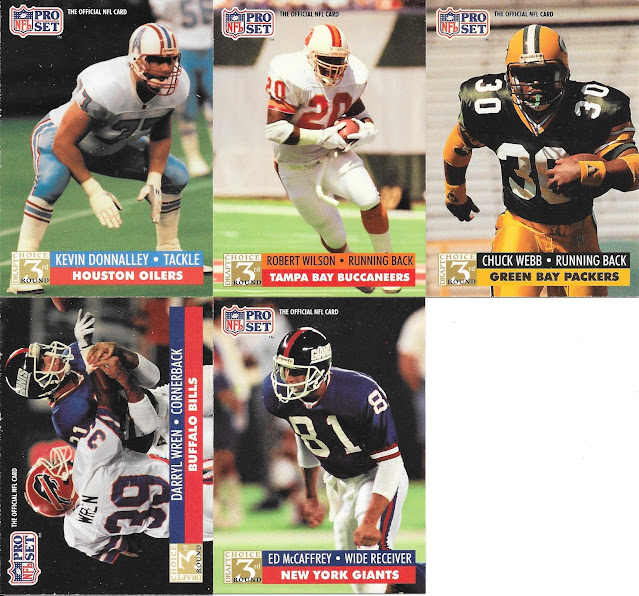 Okay, well, with the end, I can see how we end up with an 850 card set. I mean, if you are including cards for all of the draft picks from the first three rounds, that will pad the base set for sure! 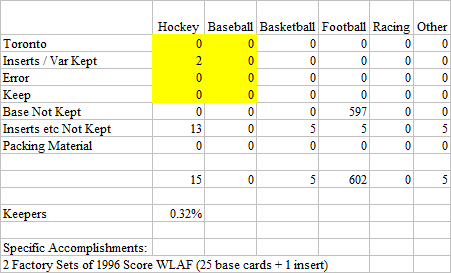 Too much football makes me a dull boy...so...more hockey! 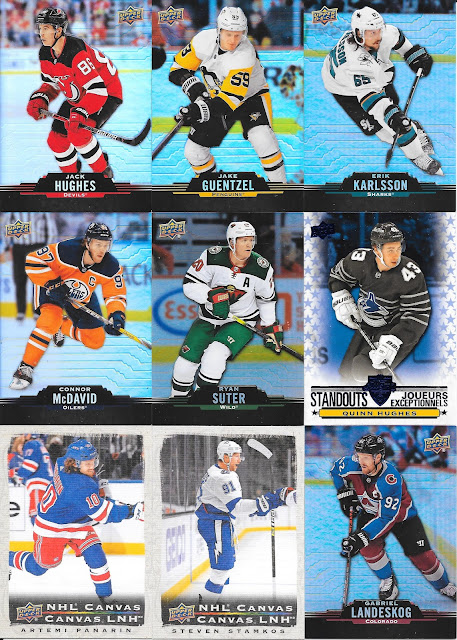 Awesome McDavid base set card, plus a couple more Canvas cards makes for a nice 3 packs. Again, just a single base dupe, so I'm good with that as well.
Actually, that's the second Stamkos card out of these...I think...or maybe just all the white and blue, I think I see him more than I do.
Actually, one thing I haven't mentioned, which is a bit unusual...the stats on the back actually have an asterisk marking them as being complete through March 11th. I haven't seen many new card sets, but presume this kind of thing is going to be more the norm through the COVID related delays, moves in schedules, etc. That'll be an interesting quirk, especially for collectors 20-30 years from now.
Posted by CrazieJoe at 8:00 AM