Don't worry, it won't be endless posts of 1991 Pro Set football, not going to just work through the one binder, but the set is a big one. 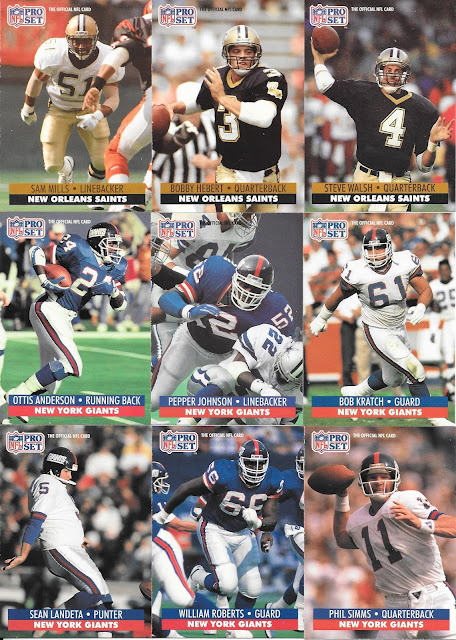 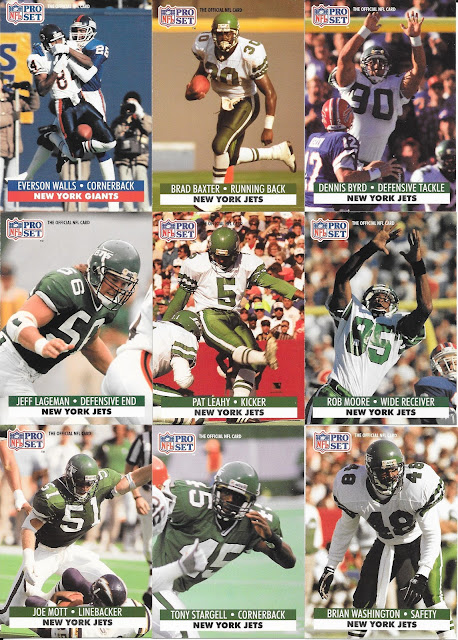 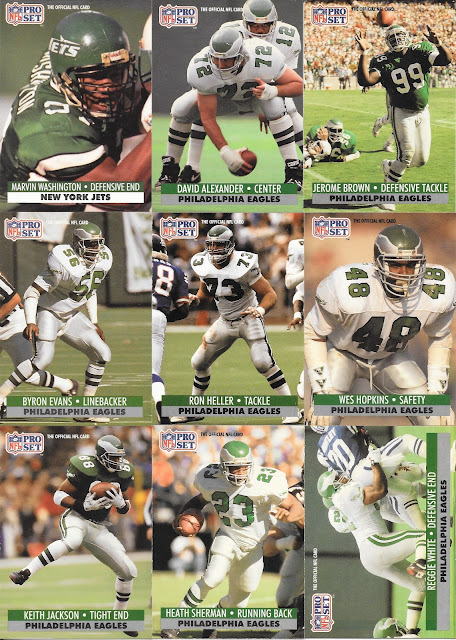 Sweet! Nice to see Reggie White. I recognize the name, though more from his WCW time, specifically his match in 1997 against Mongo. I think it was at Slamboree. It's always interesting to see athletes from other sports step into wrestling, as many of them have done a decent job - but some not so much.
Reggie did fine for what it was, and actually lost to Mongo after being hit by Jeff Jarrett with - a briefcase I think it was, or something like that.
Sure he played some football, but it's that short wrestling stint I remember. 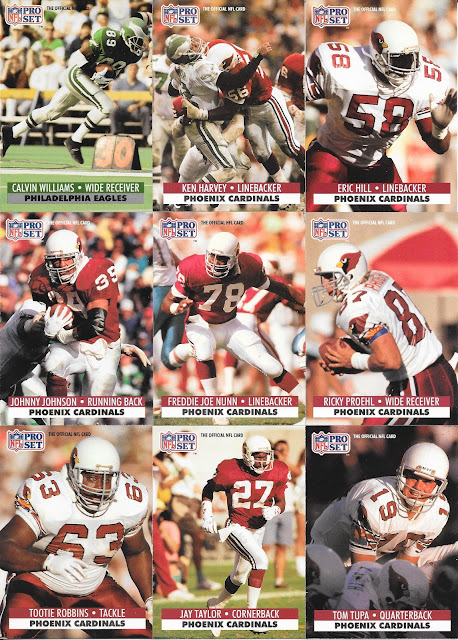 How have I never heard of Tootie? I had to look it up, and he played for 12 years. Granted as a tackle, which isn't probably the most glamorous position, you aren't necessarily going to be on the same plateau as a QB, but I like cool and unique names, and Tootie definitely is that! 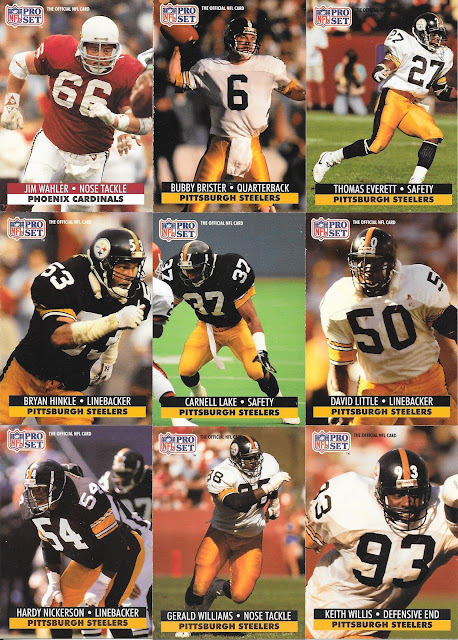 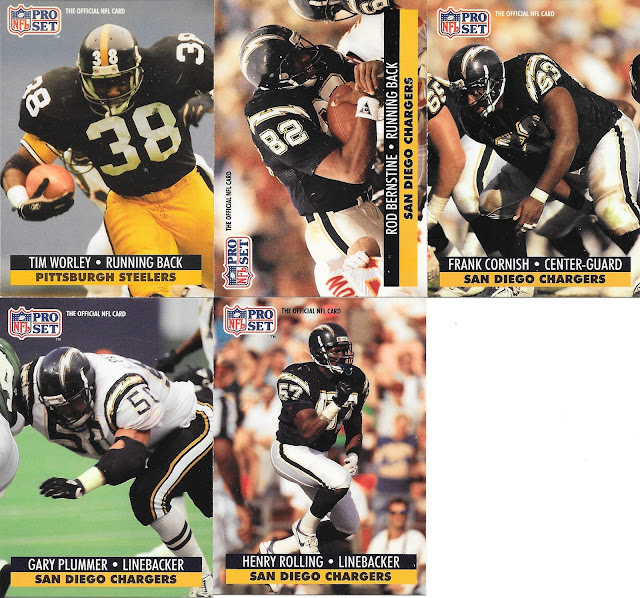 The Chargers uniforms look almost black in these cards. I always thought it was purple.
* Looks it up *
Okay so it looks more like a dark blue / not quite black. So must just be me.
Still, very nice cards and a very nice set overall.