The set is a bit of a replay since we have seen much of it, but I will get back to the replau subset later in the post. First up is the leaders and milestones... 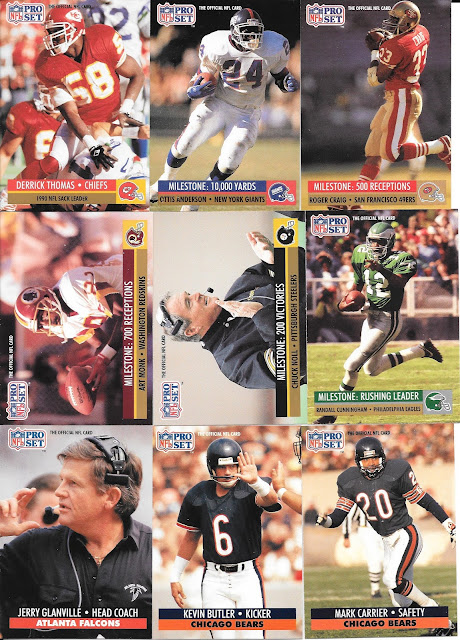 I like the milestones being used as it's a nice way to mark some of the important moments of the season, again, more like that later. 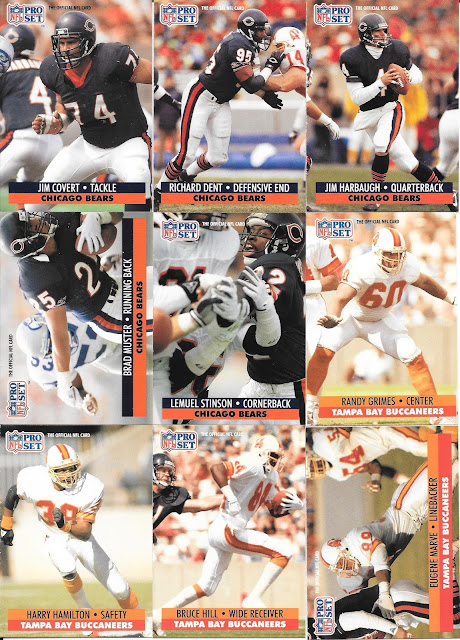 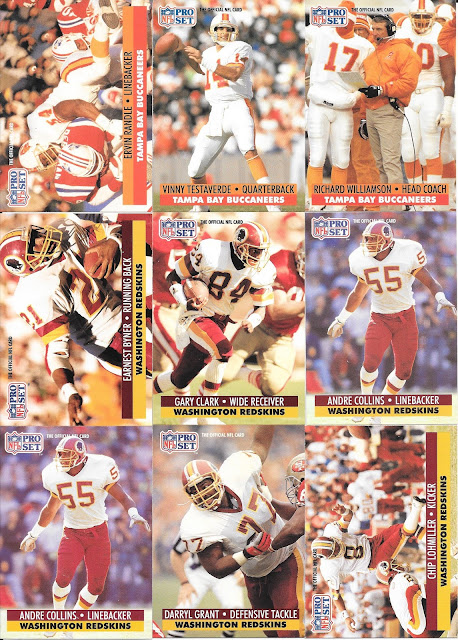 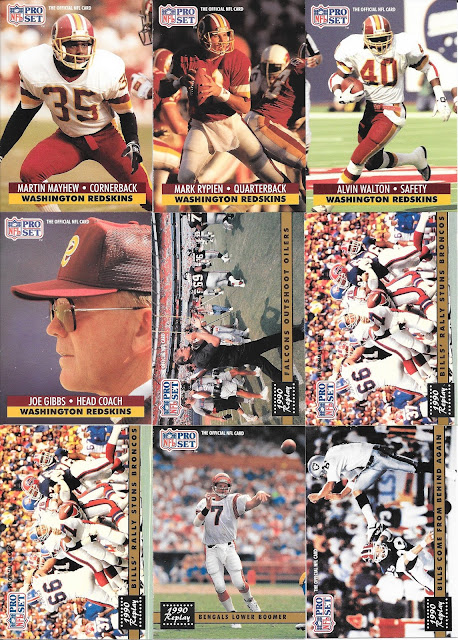 A bit of a jump in the base set, but here we get some of the replay subset. Again, like the milestones, a great way to highlight important points from the season past. 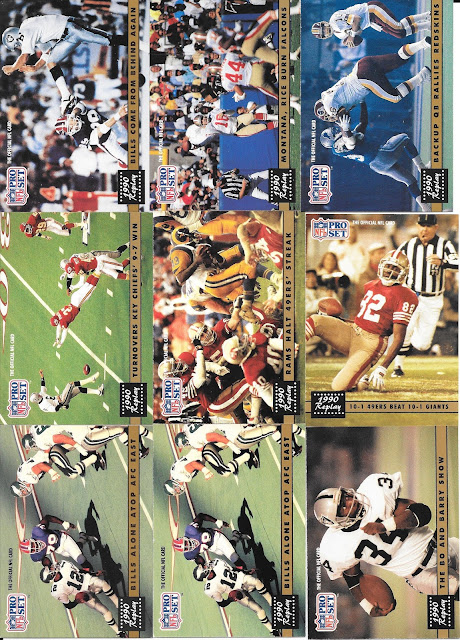 You get some obvious cards highlighting the paths of the teams that went far in the season - 49ers and Bills. The one that really sticks out to me is Bo rushing for the Raiders. The card specifically highlights his game again Barry Sanders where both rushed for well over 100 yards. 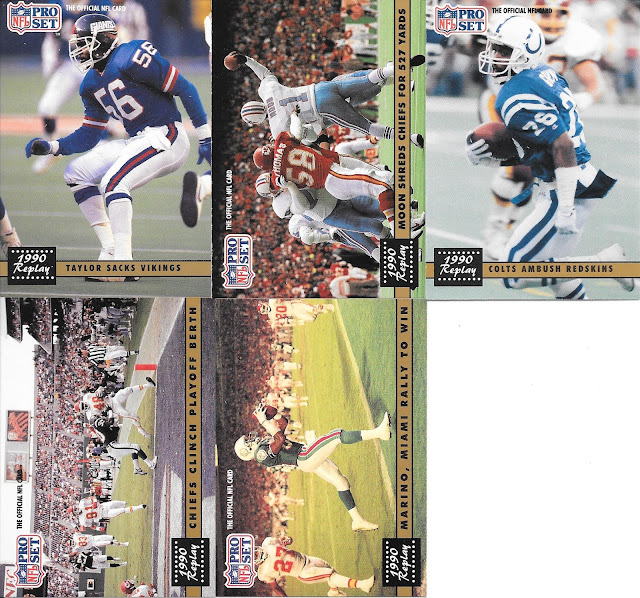 We end with a card of a game I remember - Miami being down 16-3 to Kansas City where they were able to comeback and hold on to a 17-16 win in the first round of the AFC playoffs. Can't all be great games, but that was a great comeback. 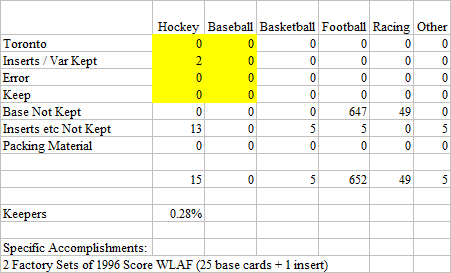 Let's also keep going through the Timmies packs from Christmas with another 3 today. 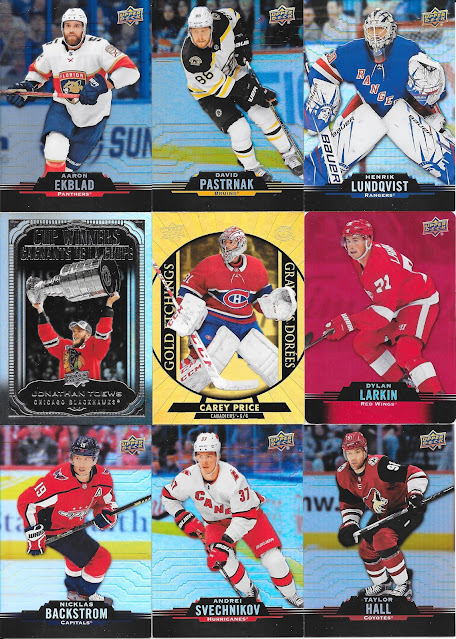 Speaking of Price who we saw the other day, another Price today, but of the gold etching variety. We also get another example of good die cuts and uniform combinations as the red die cut and the Red Wings uniform make Larkin go full camouflage more with the card!
On the down side - three dupes out of the six base cards...bah!
Posted by CrazieJoe at 8:00 AM