Today's bunch, another round of gold parallels... 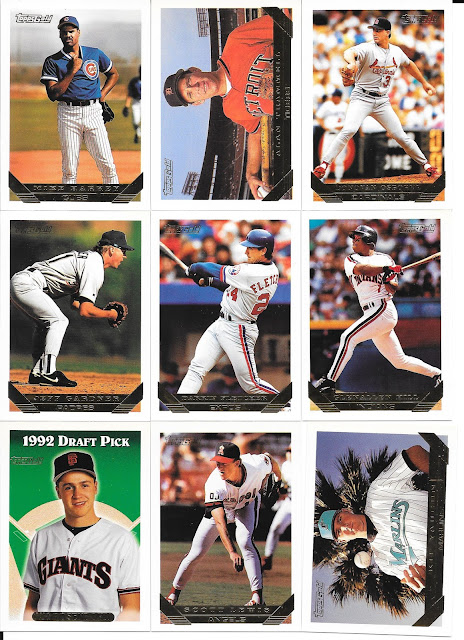 I know the 1992 Draft Pick background is well known because of the Derek Jeter rookie - but I really am not a fan of it. Just too fake "insert generic baseball background". I'd rather it be a photoshoot shot if needed where they didn't have a game action shot. 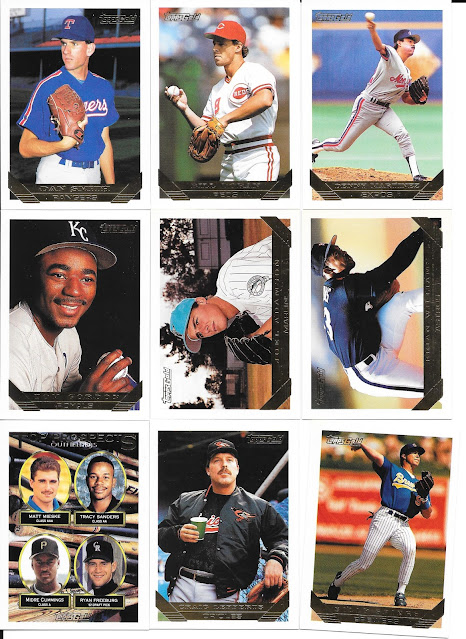 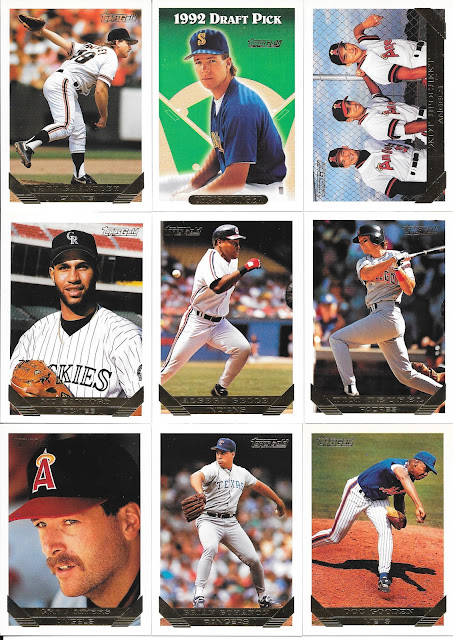 I really like the ALbert Belle photo - not sure if it looks more like he is outracing a thrown ball, or if it looks to be about to pound him in the back. 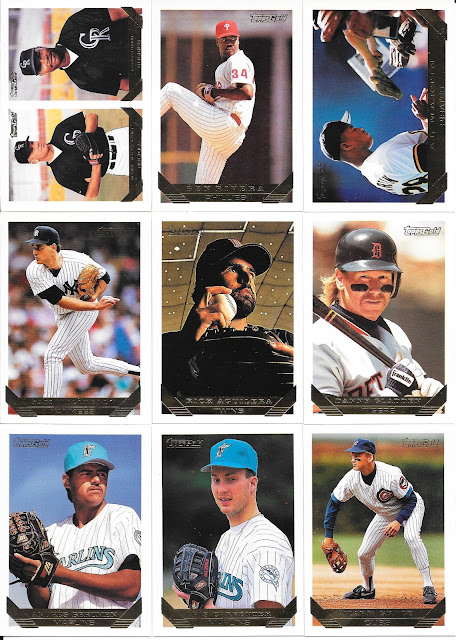 I like the Studio-esque pose by Rick in the middle, very nicely posed. 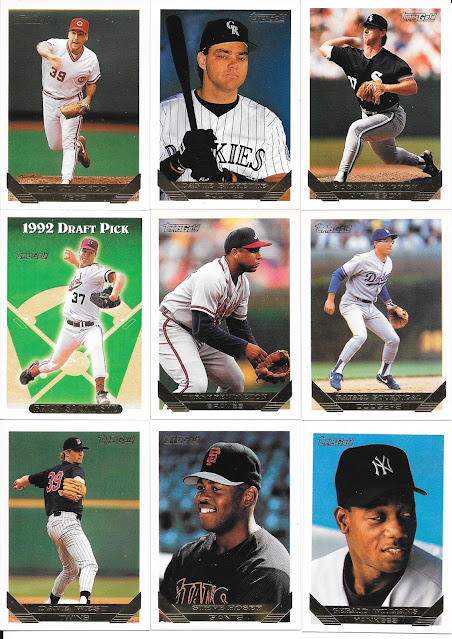 I must be in the Marlins and Rockies heavy area of the set - a lot of them in this bunch, though I know they were also "new", so it was a big deal, as was pushing them on fans. 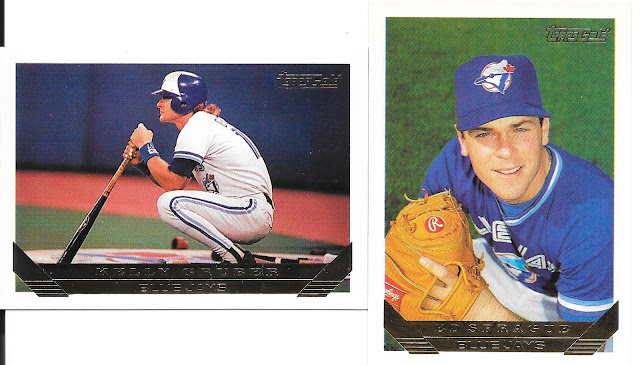 We get a great shot of Gruber in deep thought before getting up to bat. and Ed "I would always say your last name to rhyme with Ragu as in the pasta sauce" Sprague. 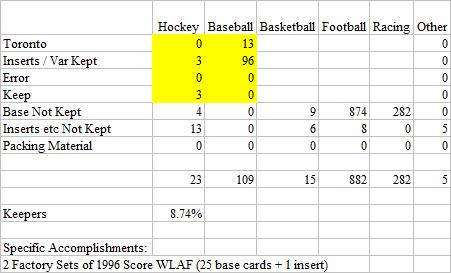 Let's take a last look through the rest of the sweet box of cards from www.baseballcardstore.ca ... 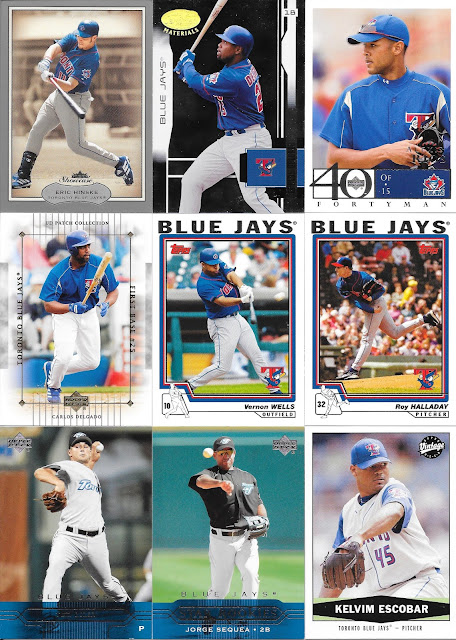 We start where we left off, in the middle of the 00s. Names for sets like "UD Patch Collection" lose a lot of the appeal when the base set isn't just a bunch of patch cards. I mean, it's in the name. Are we just naming sets after the chase cards then?
I do have a soft spot for Upper Deck Vintage sets. Not sure if it is because it tries to be Heritage without being Heritage (or Archives for that matter), but I dig those 00s releases. 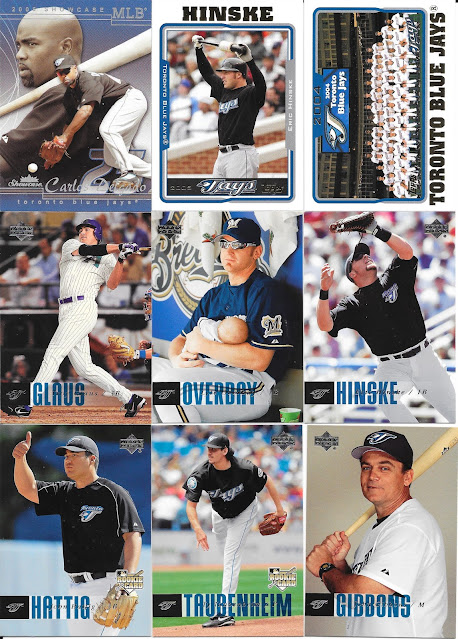 Sweet Overbay-by sighting!
Remember when there was flagship Upper Deck baseball card sets? Remember when they were huge sets of over 1,000 cards. I know, then 2008 Documentary comes along and says "hold my beer"... 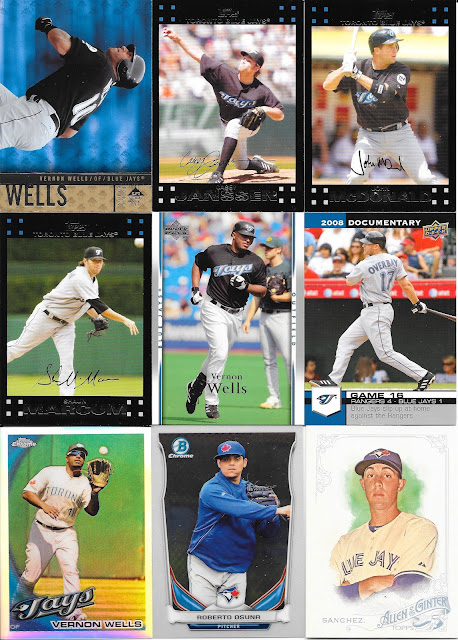 Late 2000s means we start to get overboard Topps everywhere! The refractor Vernon Wells is great looking but curved like a beast! Legitimately, staring at it under 100 or so cards and it is still fighting to hold them up! 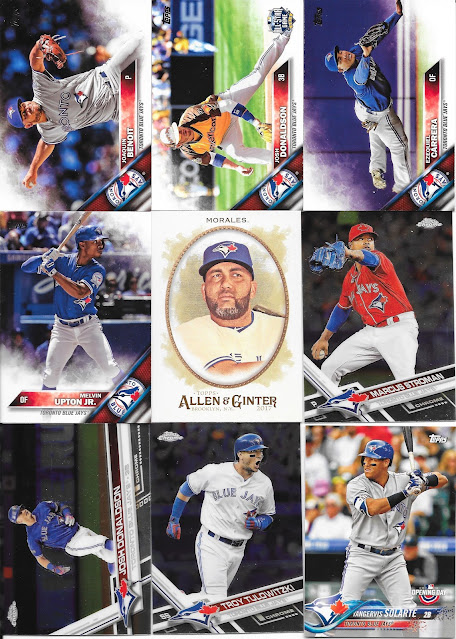 I am usually not one for alternative uniforms, but the red Jays Canada Day related unis are great and the Stroman card shows well why. Not to mention, the blue glove should be mandatory for all Jays players. 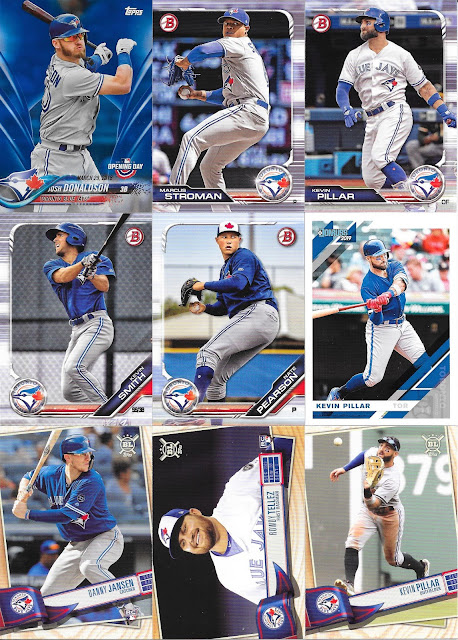 Josh Donaldson and the nice blue opening day insert. I know it is because of being a Jays fan, but that blue background works beautifully for the team.
Then we get to Bow(man) show. Not looking too promising on Kevin Smith breaking the bigs while Nate was able to in 2020.
As for Big League - I still don't really know how I feel about these cards. There are alright I guess, but don't stand out to me. At least there's a nice Pillar photo. We take it right up to some Chrome and an excellent Biggio Bowman. As it turns out, there were a few dupes... 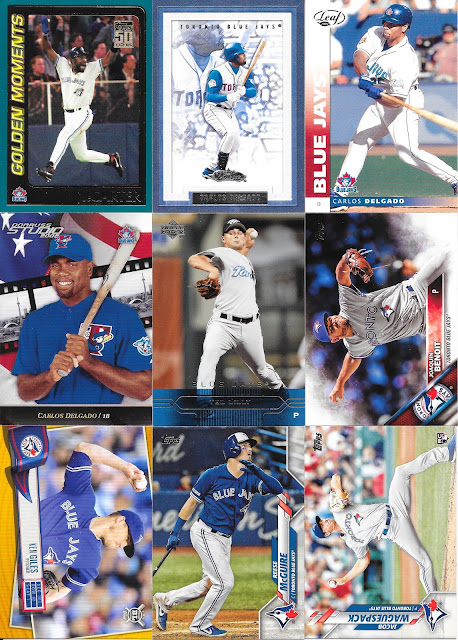 But I don't mind one bit. Well, a few were dupes in the box (which is just fine, I keep them all), and a few were recent trades that Steven wouldn't have seen or known about when doing such a great job pulling cards.
An amazing box, and a big thanks. I look forward to returning the favour and dumping....I mean, gracing...you with a ton of cards when this COVID thing lifts enough to let you travel out my way!
Posted by CrazieJoe at 8:00 AM