The Cards and The Drivers

So, as we go through this 1994 SkyBox Indy 500 set, I have to say, I really like to structure of the checklist. Gong from the start of the set, you have the event detailed, the starting grid, and we get into some important points of the race itself. 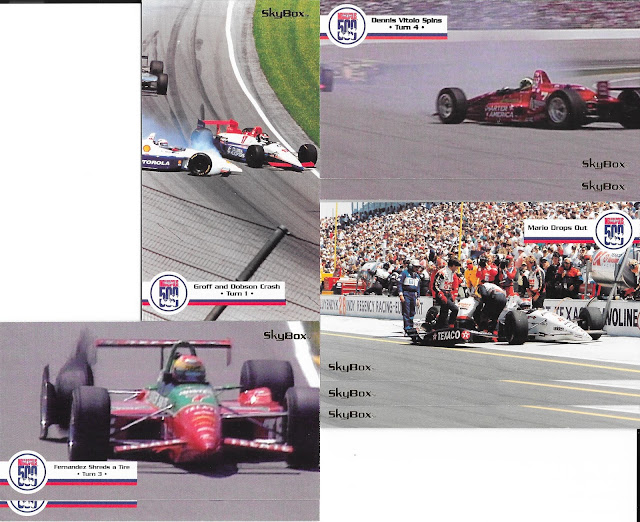 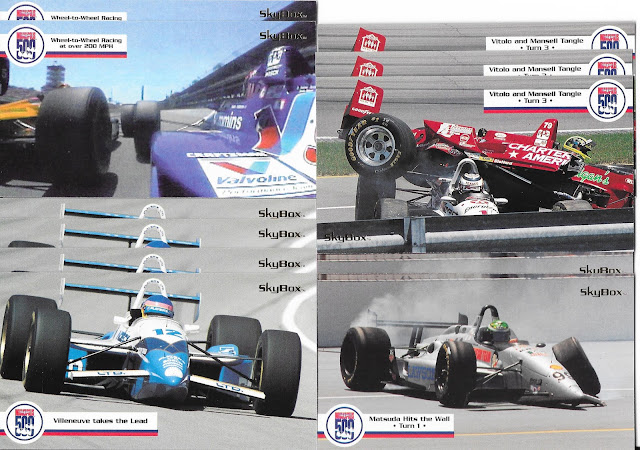 I remember Jacques doing very well in his first Indy, and being extremely excited that he may even win the thing, here even being in the lead at one point.
As you can see from the scans there are generally two or three of each card and so far, there is only a single card missing so far in the set (card #8). 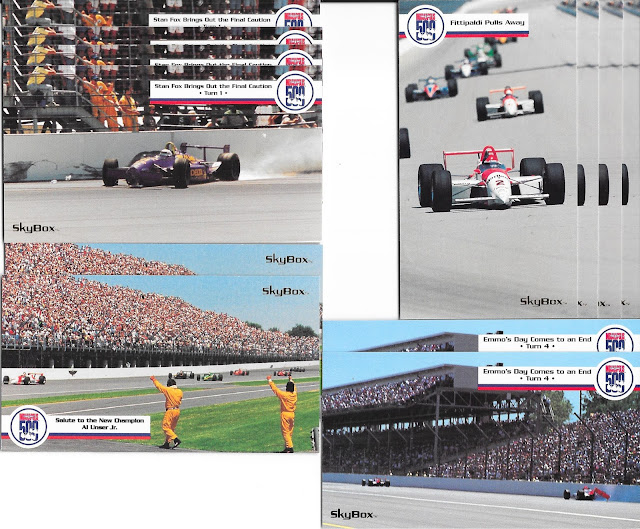 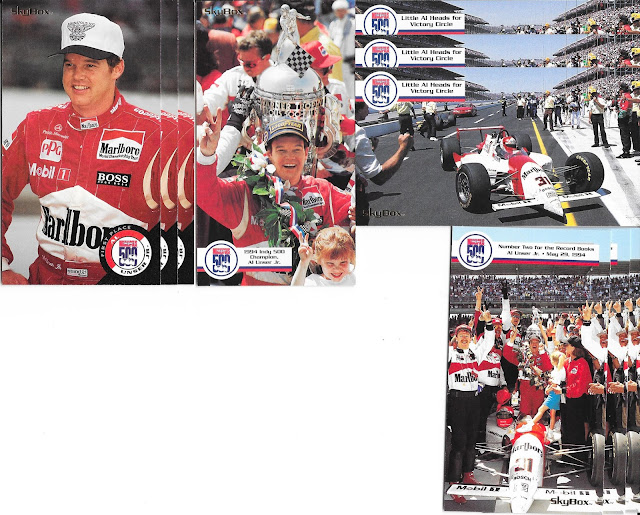 Of course you get a couple winner shots as well, and then you even get what is, nice full pictures of each driver based on the order they finished. 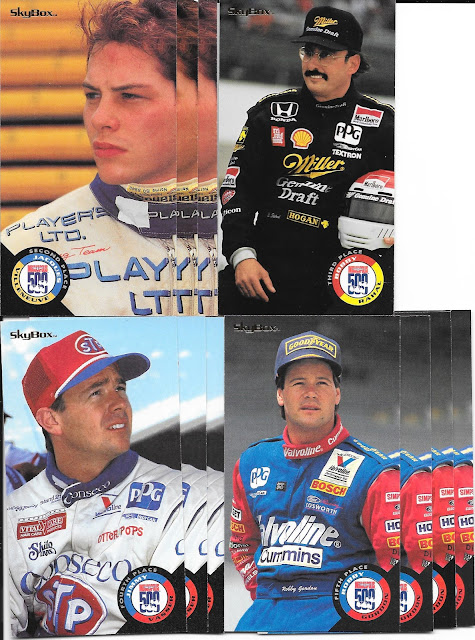 Here you have finishers 2-5, with Jacques having come up just short in at number 2.
These are nice cards for getting signatures too I would figure...plenty of space and good photos. 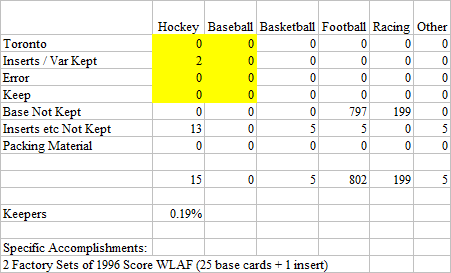 Since we are still quite sparse on anything that adds to my collection...how about some hockey cards from www.baseballcardstore.ca... 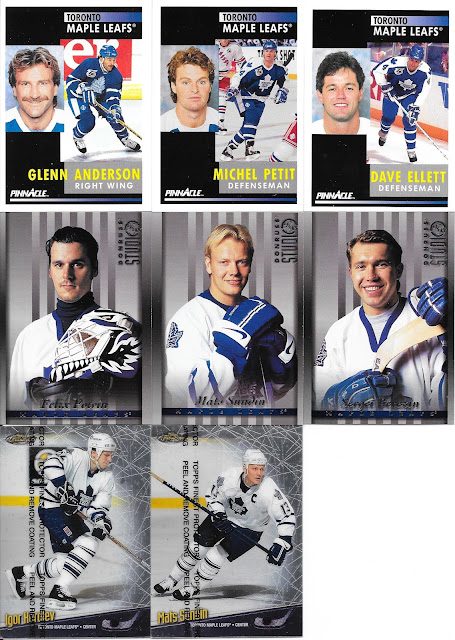 With these cards, I have three new team sets completed - and actually the Studio cards in the middle ARE the complete set. The 1991-92 Pinnacle is a bit surprising, but I think that it goes unnoticed by me because there are the bilingual versions too, so I may figure I had the set already, but it was between these English only and those bilingual ones.
As for the 1998-99 Finest - another small Leaf base set, but these complete it regardless - awesome!
Some other sets with multiple additions... 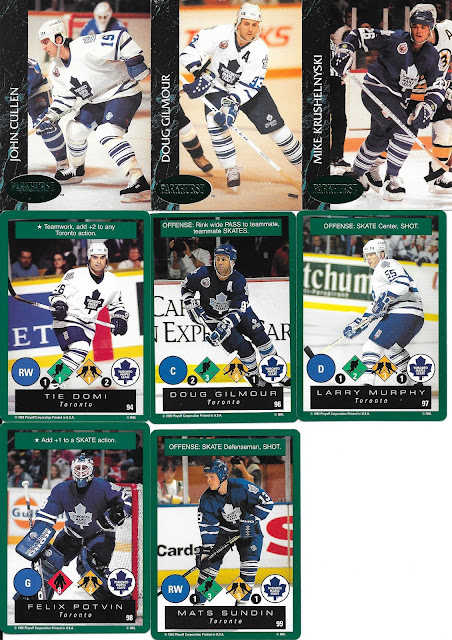 The Parkhurst Emerald Ice parallels I always enjoy as it is noticeable on the Parkhurst logo, but doesn't detract from the card at all.
Anyone every play the One On One Challenge card game? I have a handful of these cards already, but never bothered to look up if the game itself was any good. It didn't last long, so I assume not... 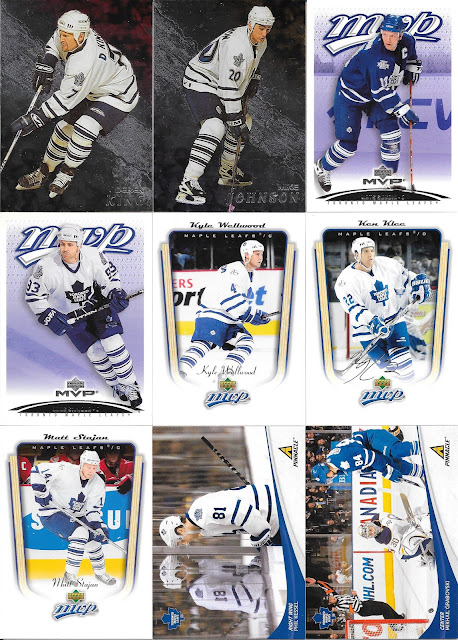 1998-99 Be A Player is a set that doesn't scan well with the dark metallic background, but look better in hand, though still a bit heavy coloured for my liking.
I chuckled at the Phil Kessel card as the pose of him with his reflection and just staring back at himself - kind of sums up his tenure in Toronto for me. 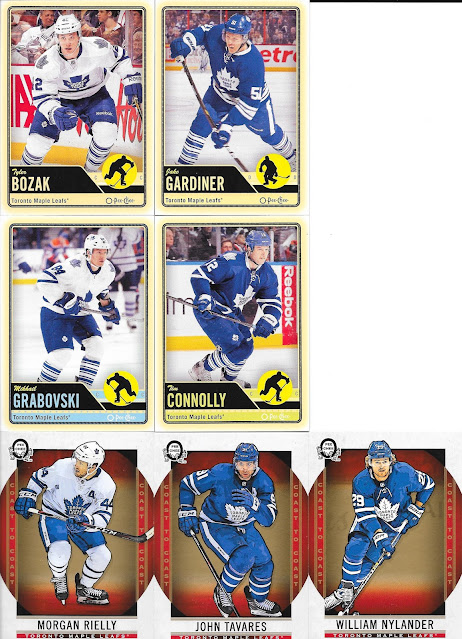 Speaking of threesomes, we end this bunch with some newer flagship Upper Deck. As much as I like Auston for his goal scoring ability, it's close, but I think I enjoy Marner just a little more as the playmaker and assist man on the team. Happy I don't have to choose though, and can see both play for the Leafs!
Posted by CrazieJoe at 8:00 AM