I have talked about subsets for a couple days - why not an example of one more? 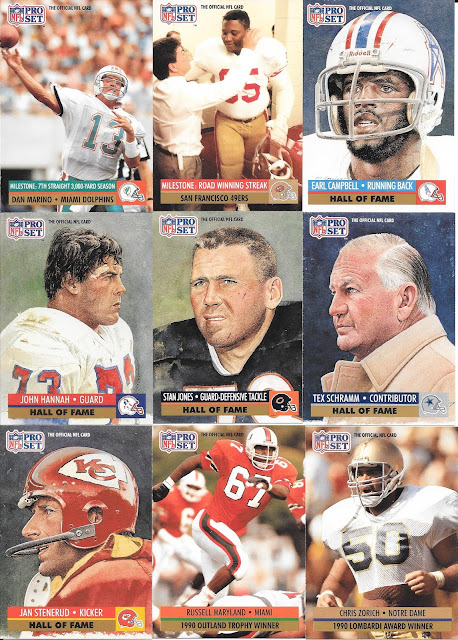 I guess technically, could be considered a few different subsets. First, we have some Milestones cards. Makes sense to make a bigger deal (or extra card) about major accomplishments from the season.
Hall of Fame Class , absolutely makes sense, and gives a reason to put more Hall of Fame caliber players into the set.
Trohpy Winners, makes sense as well - though all of these are a bit too similar to the base design, I wouldn't mind something just a bit different. 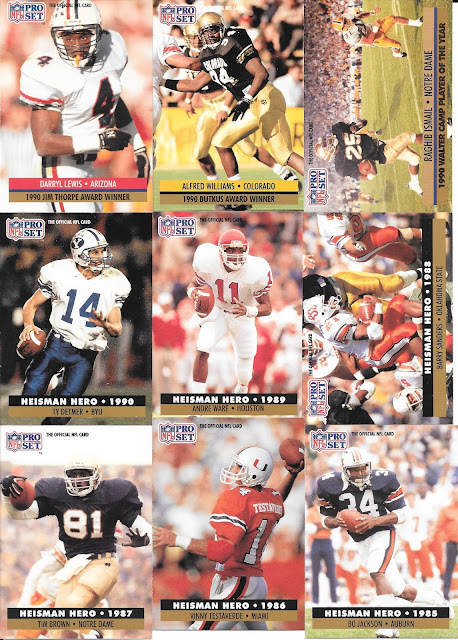 Not sure why exactly the run of historic Heisman Heroes, but you get a Bo Jackson card out of it! 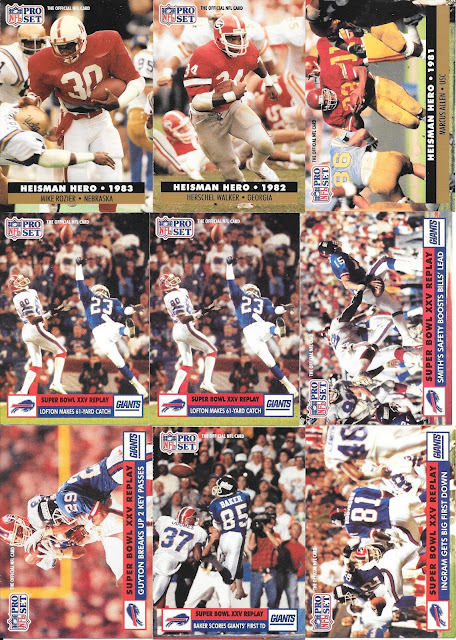 A bunch of cards that detail the Super Bowl - again, would be akin to making an insert set for the World Series these days, so totally get it. 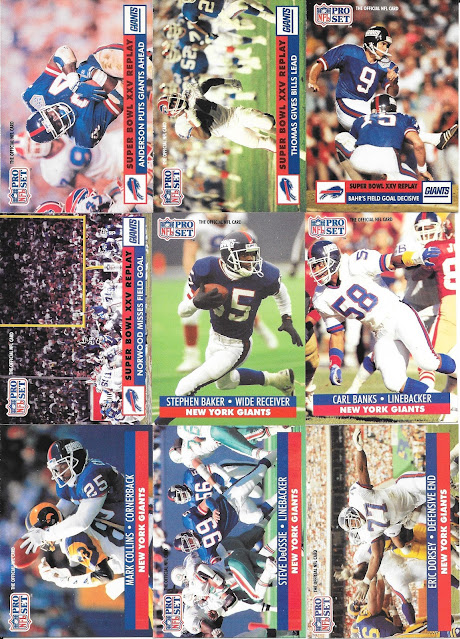 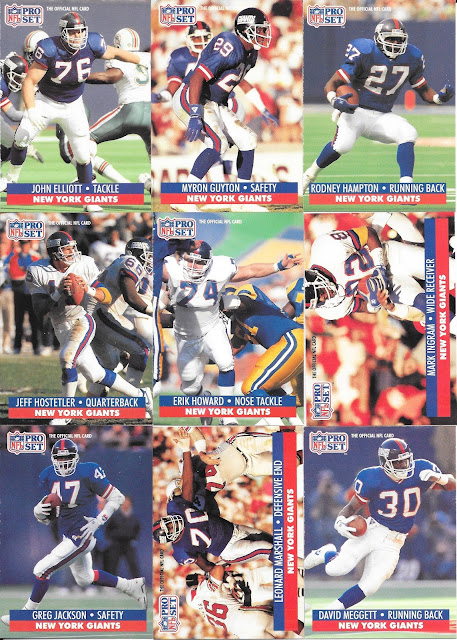 Then we get into some team cards and as you can see by the number of cards for a team, it helps make a big base set.
I would expect a similar set done a decade later likely would have had a smaller base set and some of these subset put in as insert sets instead.
How times change I guess. 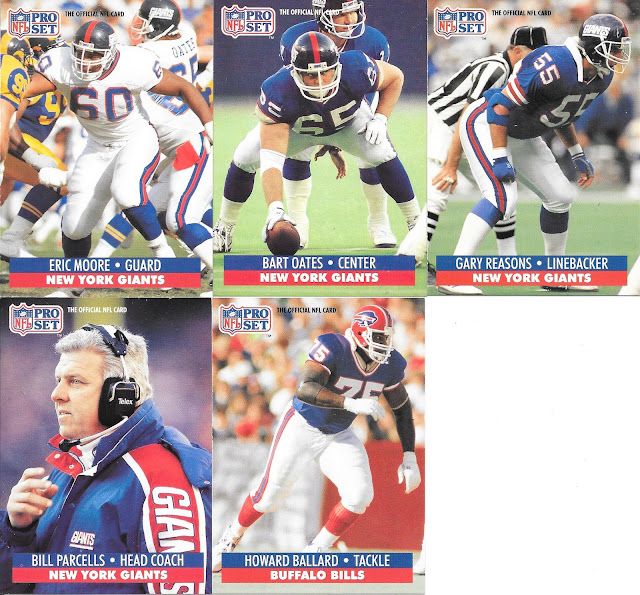 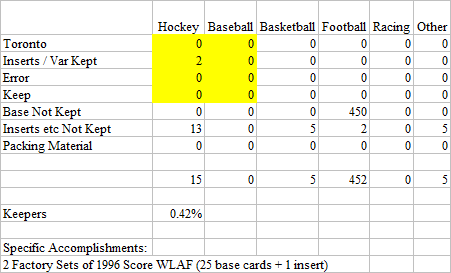 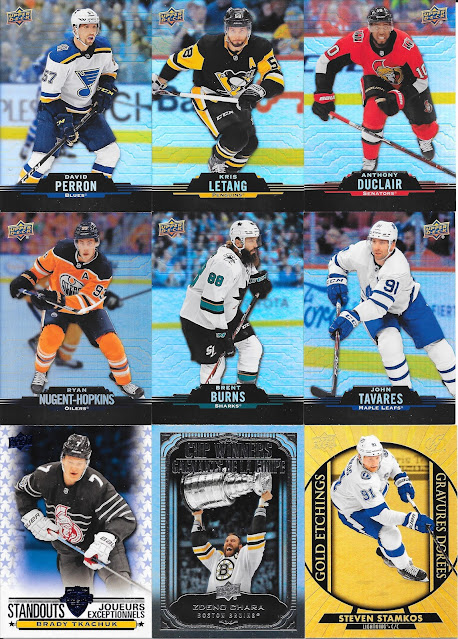 Excellent as we get a first Leaf base card from these packs with Tavares. I like how the set does try in many cases to have the card number match the number the player wears, like Tavares and 91. Obviously can't do it with all of them, but it is cool for Crosby to always be number 87 for example.
Another gold etchings insert is pretty sweet too!
Posted by CrazieJoe at 8:00 AM