Rams, Dolphins and Eagles, Oh My!

The second lat bunch of 1991 Pro Set football cards, and we get a bunch of filthy animals. 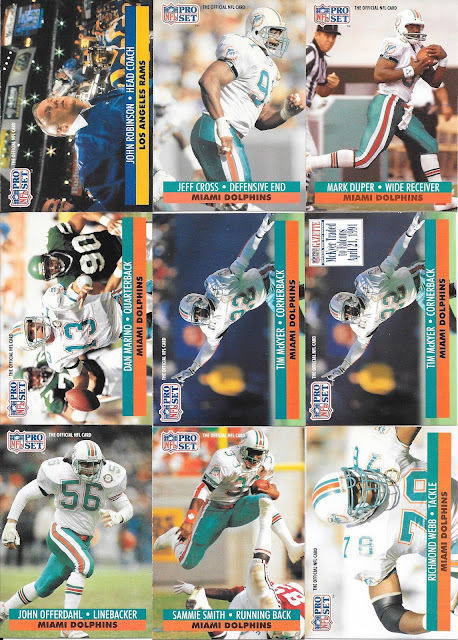 Okay, so we get a single Ram and then a team lead by a great coach in Don Shula, and the greatest quarterback to never win a Super Bowl in Dan Marino. 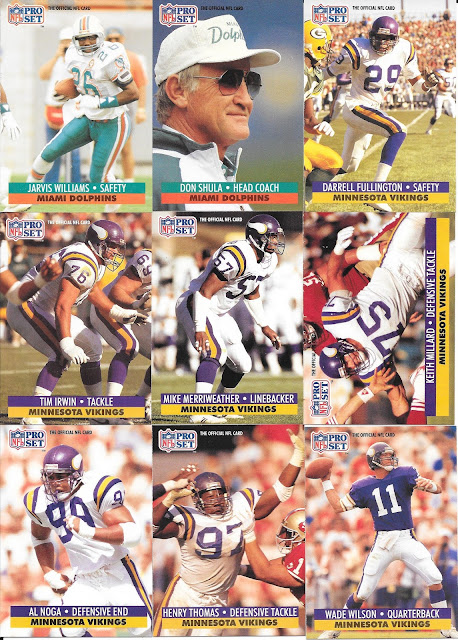 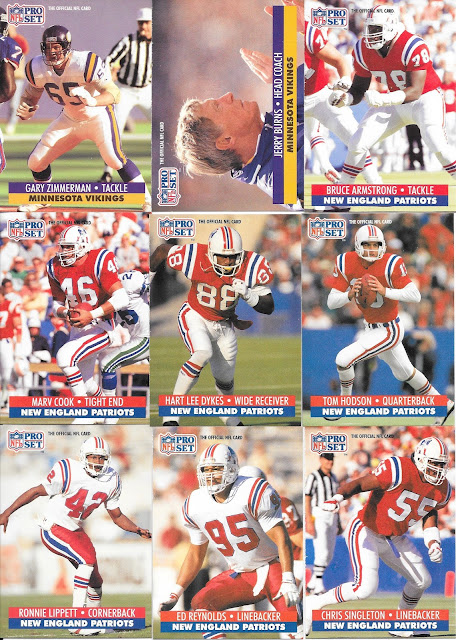 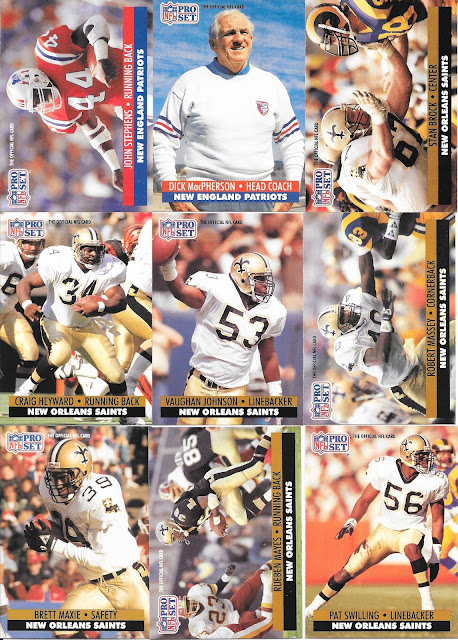 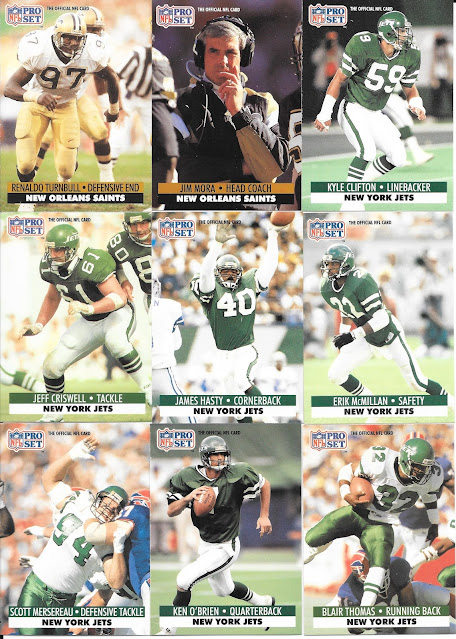 Jim Mora spent most of his coaching career with the Saints before having a few seasons with Indianapolis. I know him more for appearing in some TSN Top 10 segments for his press conference with the Colts complaining that they can't even win a game, forget about the playoffs. 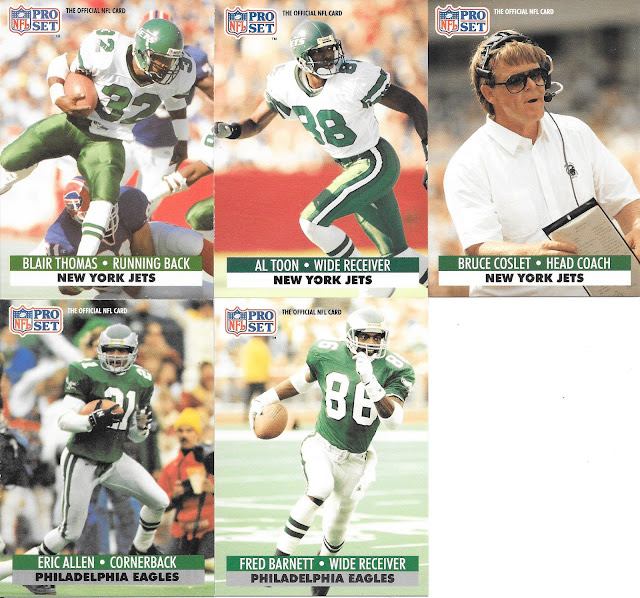 We soar away at the end of this one with a few Eagles. 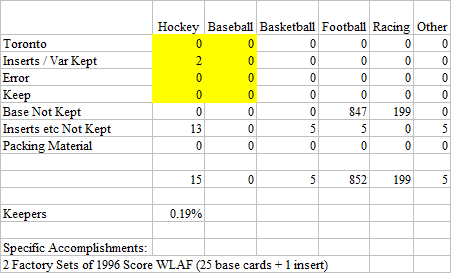 Not all Leaf team sets need to be huge to be complete, as these all finish off small ones. 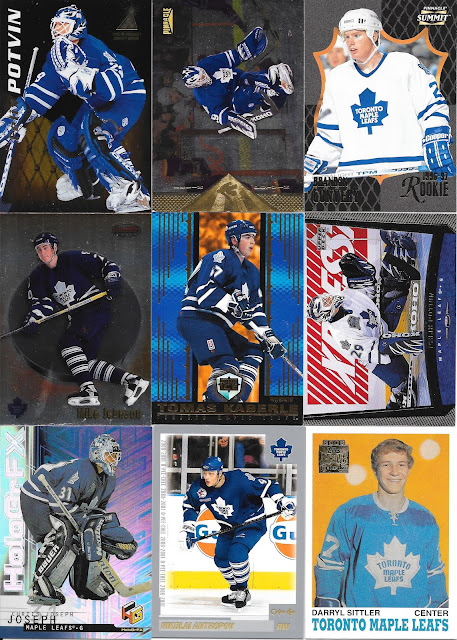 Sometimes scanning doesn't do justice to the cards, like and of the top row. The Pinnacle Zenith Potvin (top left) is really nice in hand, and a really solid set, but when you scan a HoloGrFX card like Cujo (bottom left), it just pops!
The Sittler Archives from about 2001 is a sweet card too, but more because of the nostalgia factor and design of course. 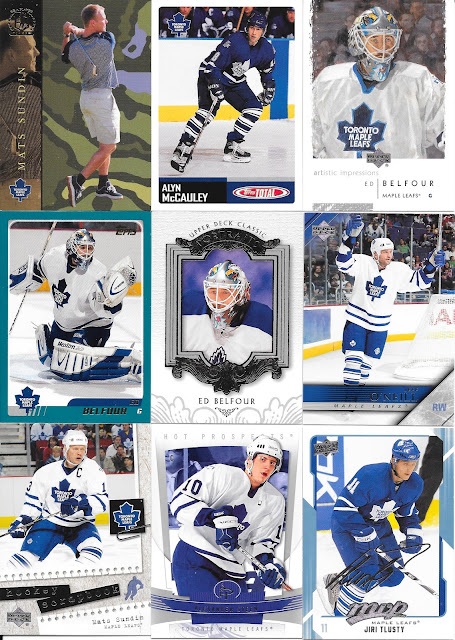 Not sure why we needed a Golfing insert set for a hockey set, showing the hockey players golding. SUre, many do, but I don't have a huge desire to see Mats golfing, but here he is!
Design wise, that middle Belfour in Classic Portraits wins for me. It's a lot of white space which may seem wasted, but I like the simplicity of the design, plus it isn't a huge set, so...maybe...? 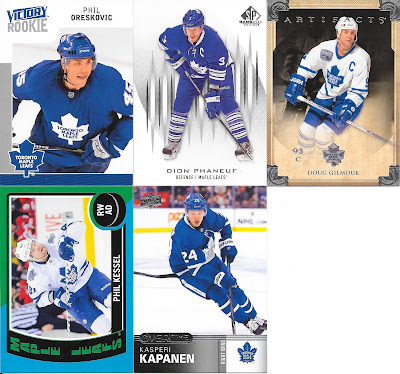 I really love the 2013-14 Artifacts design, so thrilled to have Doug now from the set. It, and even the 2012-13 year were the specific Artifact set years I love most. Also, yes, just realizing that, given my enjoyment of Magic Artifact cards, I probably like the Artifact sets a little more accordingly... 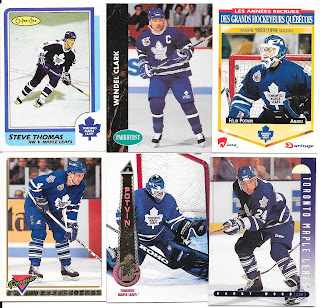 We end with a few older cards including a unique Potvin from 1993-94 Score Derivage which is a small 50 card set.
Big thanks again to Steven for all the great cards, and keeping up a great site!
Posted by CrazieJoe at 8:00 AM