Another group of gold, and another few Jays sepcific additions - each time makes me happier as it means there is likely less and less chance that a bunch of Jays were scooped out of the collection. 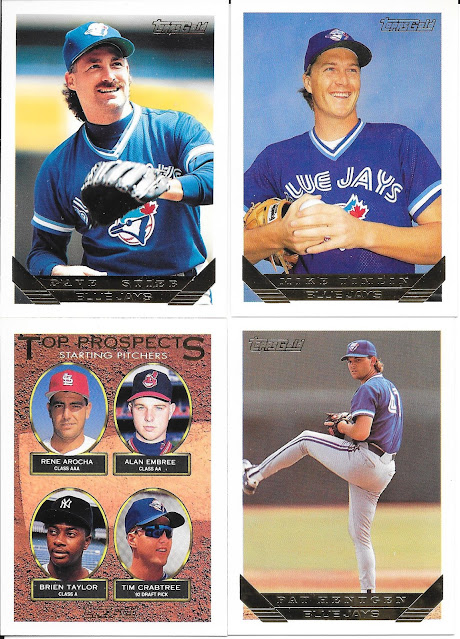 These also get me to start looking at just how much of the Jays cards for certain players, do I have.
For example, I know from TCDB, I have 127 different Dave Stieb cards now (this gold one is new). Although Dave has about 400 cards listed in the database, if I sort by team to get rid of his non-Jays cards, there are 357 Jays cards in total, so I am over 33% of all his cards which is pretty cool.
Timlin - 36 of 112
Crabtree - 4 of 17
Hentgen - 58 of 491
Interesting because, if players weren't around when parallels started becoming excessive, and didn't get picked up for much in retro printing (Stieb has had a couple, but not many), the figures seem pretty attainable. 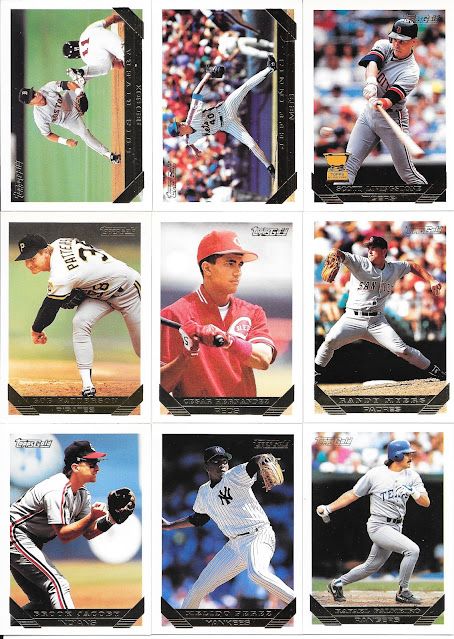 No surprise that Cal Ripkin is one of the missing in action cards in this run. 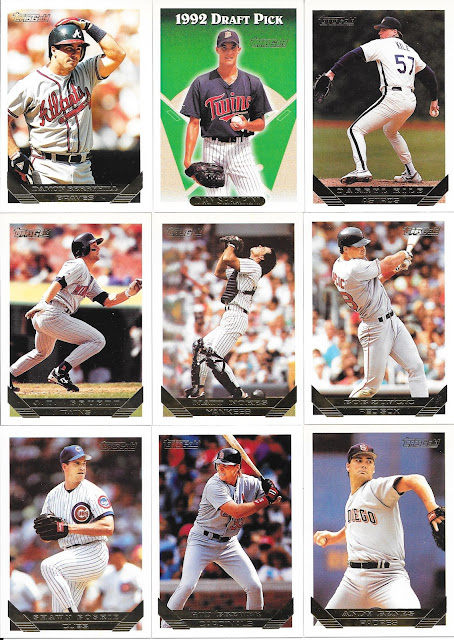 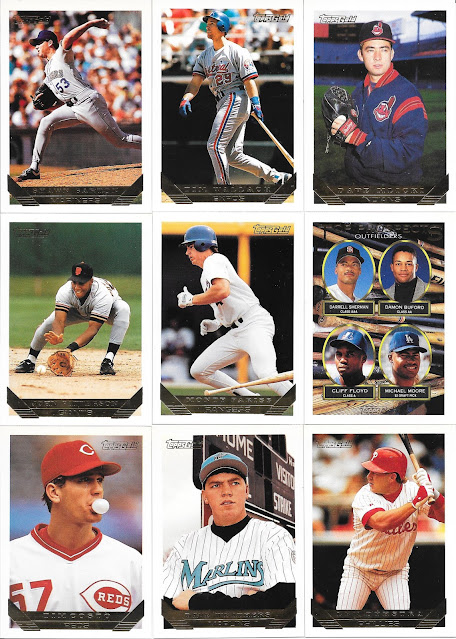 Some nice solid Expos content here as well, including this Cliff Floyd guy I have seen on cards now and then. 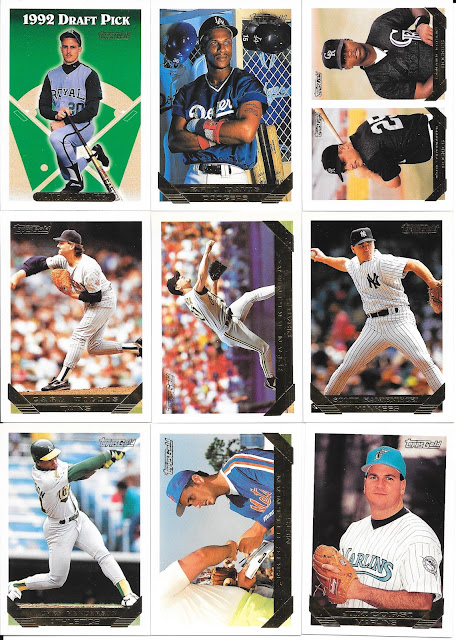 I think Rickey Henderson can be a bit of a polarizing character, so I could see him have being either way - pulled by a player collector, or left because that collector wasn't a fan of his. Guess he wasn't a fan. 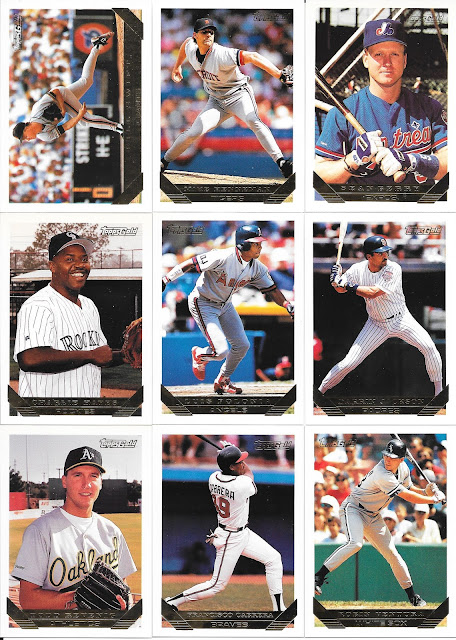 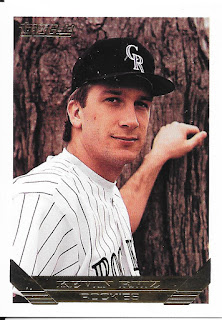 We end with Kevin Ritz stuck out in the forest looking for the baseball diamonf I guess. Hope the photographer helped him back....well, given he was "injured" for the entire 1993 season...maybe it took longer to find the ballpark than we realize... 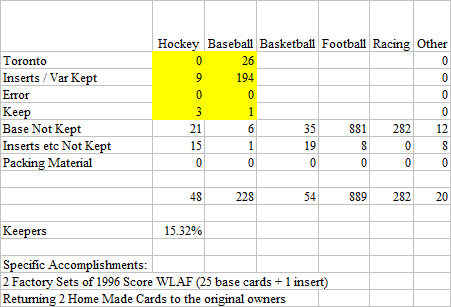