So You Can See The Damage

So, I mentioned that the binders must have been around a smoker because of the damage to the top row of cards. When taking them out and lining them up, holding the top edge of the cards onto the scanner, this is what you get...

You can see that every three cards are tinged, and the next 6 are clean, then repeat.
In general, I won't even trade these cards or keep them as general trade fodder because of the smoke damage. Truth be told, as I say, the smoke smell, I pretty much got rid of which is amazing and excellent, but the staining just doesn't let me in good conscience trade these away, I will be giving them away. I still won't consider them at the level of broken/packaging material, I just wouldn't really expect anything back in return for these cards.
Reason I say this is, given what was in the other binders, even though they are stained, I will be keeping them as they fit my collection, and aren't high priority for needing to be in pristine condition. 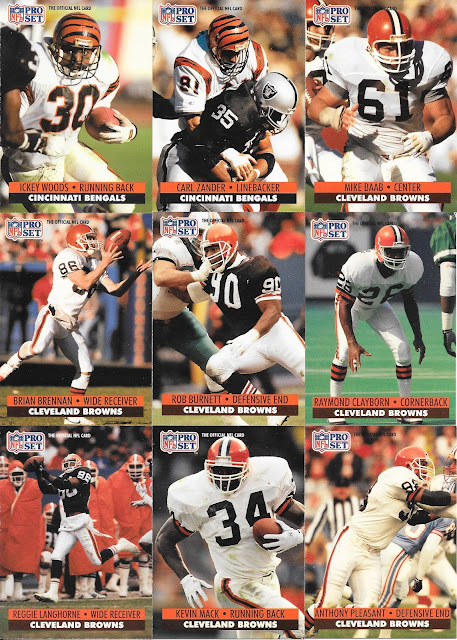 Bengals and Browns...another B word...bottomfeeders - at least again, when I remember really watching the NFL. 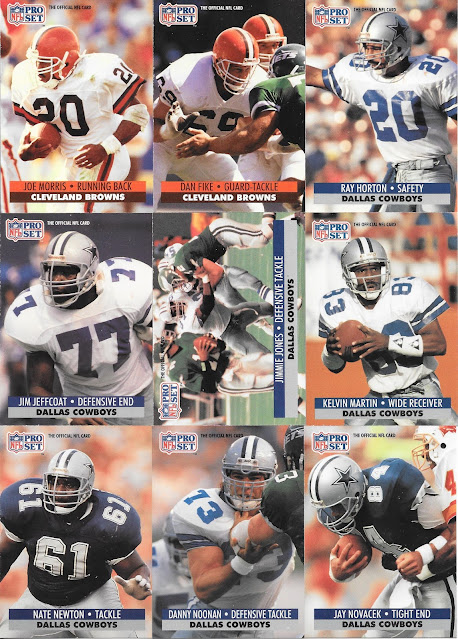 As a Buffalo fan, I hated Dallas. Not on the same level as I hate the Montreal Canadiens. With Montreal, anyone who ever played for them gets downgraded accordingly (except Doug Gilmour - he is my exception to the rule, and besides I have tried to completely block out any period of time he may have possible played a game for said team).
With the Cowboys, I can respect the ability of their stars, it was more just on the feud level between them and Buffalo. 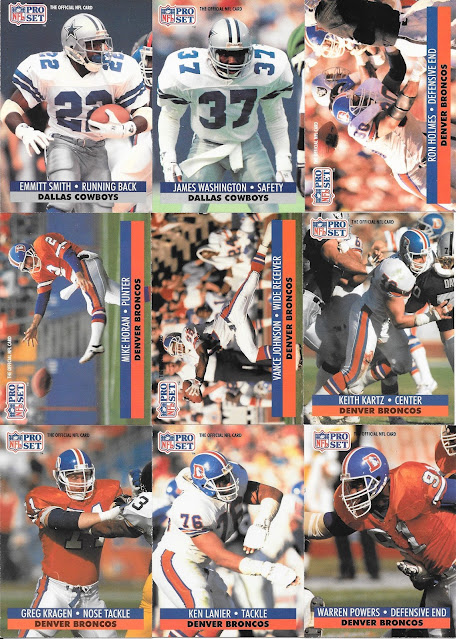 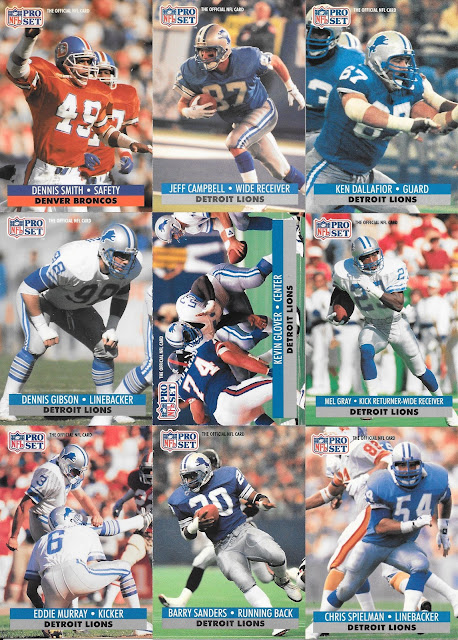 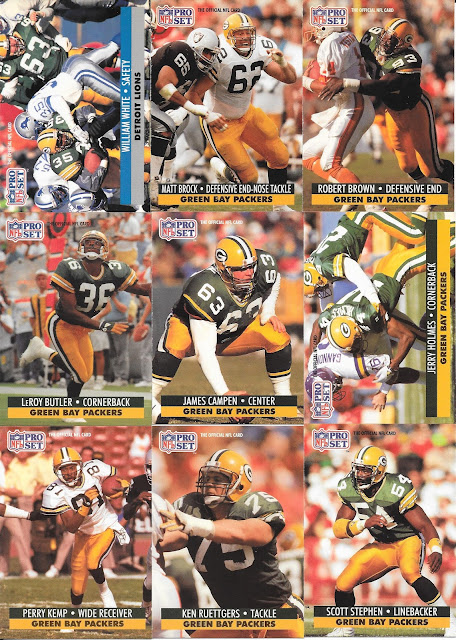 Ah Green Bay - one of the teams that, for whatever reason, I liked to play against in the original John Madden Football for the SNES. There were some pretty easy plays in the game - I know I rarely threw unless I was goofing around because a few running plays could get you big yards almost always. 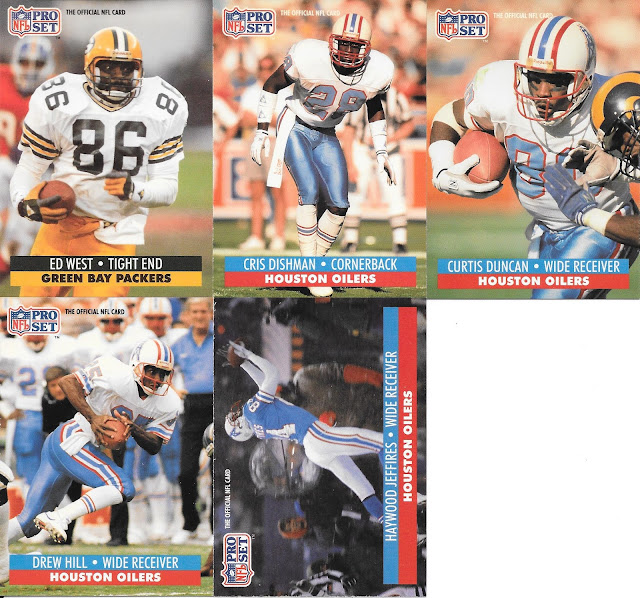 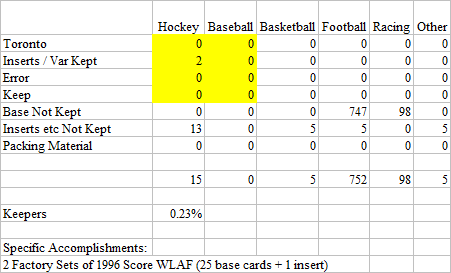 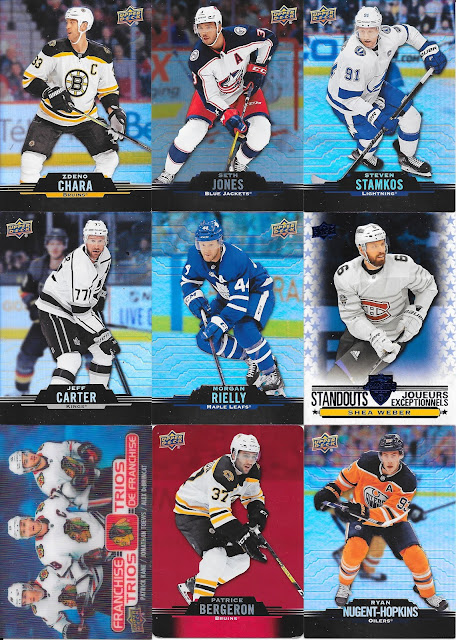 Here we have the biggest "hit" from all the packs with the one in every 24 packs, Franchise Trios card. These are nice - I don't think there were as many cards in the prior sets but there are 20 of them this year.
Overall in 24 packs, I ended up with about 40 of the 125 card base set, and a nice bunch of inserts which had only a single insert duplicate. Can't really ask for much more than that I guess. It'll go on my slow build list of sets for sure.
Actually, before I go, also a quick note to say I got an amazing package from Steve at www.baseballcardstore.ca with a whole bunch of Toronto cards and a few pretty amazing error cards as well. So much there, I'll probably dribble and drabble the cards over a few weeks, but wanted to give a big THANK YOU now as I haven't had time to do so since it came in earlier this week.
With it the start of busy season - yes, COVID doesn't stop that - times a little tighter, but important to share the THANK YOUs and well deserved. Excited to show some of the awesome goodies!
Posted by CrazieJoe at 8:00 AM