Racing was very much like football as a kid, I wasn't super into it, but had a couple stretches where I cared and fllowed things. In the mid 90s, it was IndyCar racing that I followed a bit. Likely because of the few Canadians in at the time, specifically Villeneuve. As it worked out, his move to F1 was just after I started watching the F1 races weekly on Sunday mornings. I did that for a few years, but it went aside when I went off to University.

Anyway, when looking at IndyCar, of course the big race each year, and still is, is the Indy 500. As it turns out, SkyBox put out a set of cards specific to this race in 1995.

These cards are oversized - well, actually, more like they are a bit longer than a regular card, today, we have a good part of this set, and dupes. 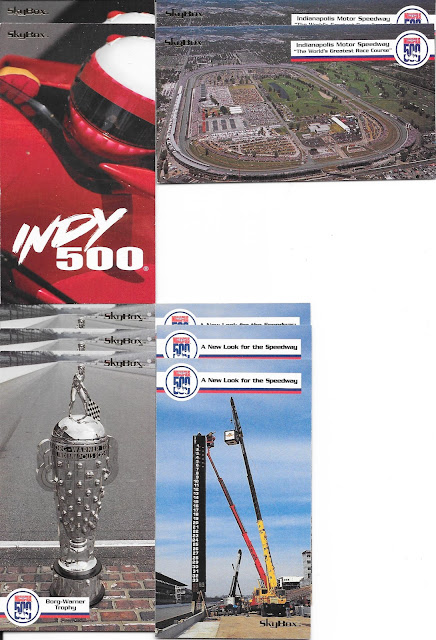 Given the larger size of the cards, and the full photos, these are nice looking cards. The first card is also the checklist showing the 108 cards listed on the back.
The speedway is a great shot, and the backs do a good job of being informative, and giving some history on the cards as well - the track being built in 1909  on 328 acres of farmland, the acreage has been increased over time and is "now" 559 acres. 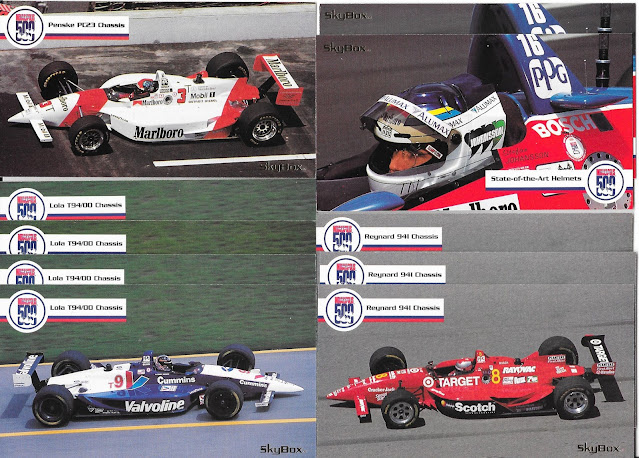 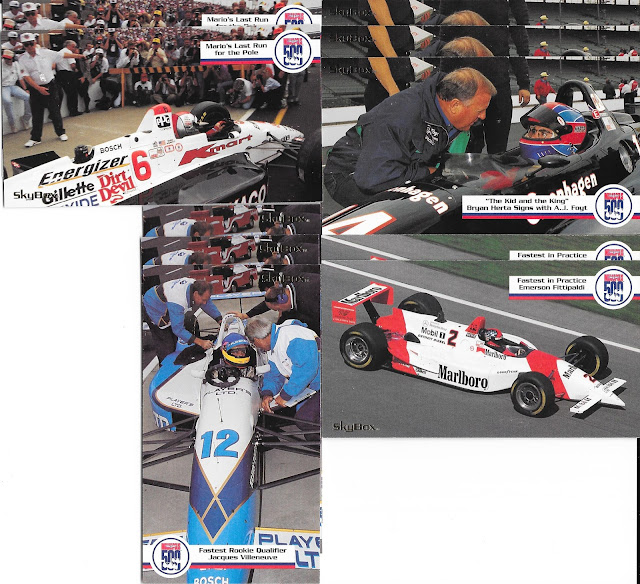 With the long and low shape of the cards, these longer cards are fabulous and do a wonderful job of getting the cars in full picture. Even in just these first few, another reason I liked Jacques was the team colours stuck out nicely with the light blue. 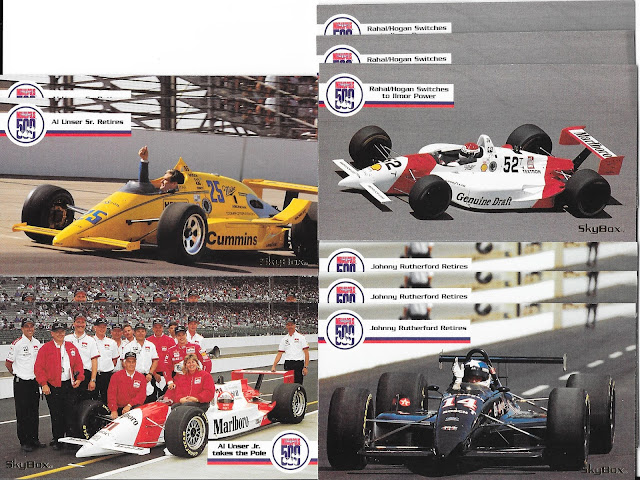 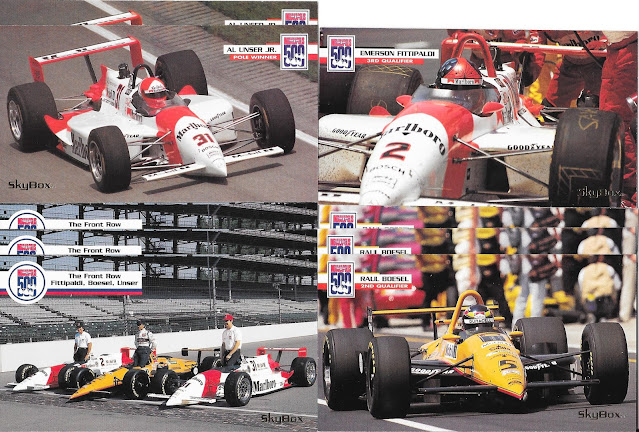 This set is a great history of the event - and (though my scanning is a bit out of order), the set starting into a card by card shot of the starting grid, a nice shot of the vehicle in each.
Would be interesting to lay them out in that grid format...but I am too lazy for that.... :) 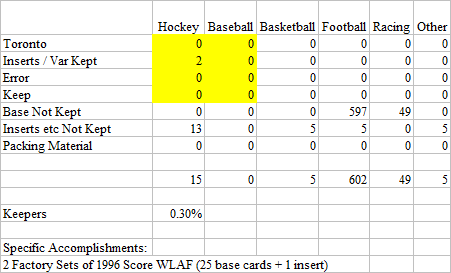 Speaking of engines today, let's keep ours revved with Tim Horton's cards and go through another 3 packs from Christmas... 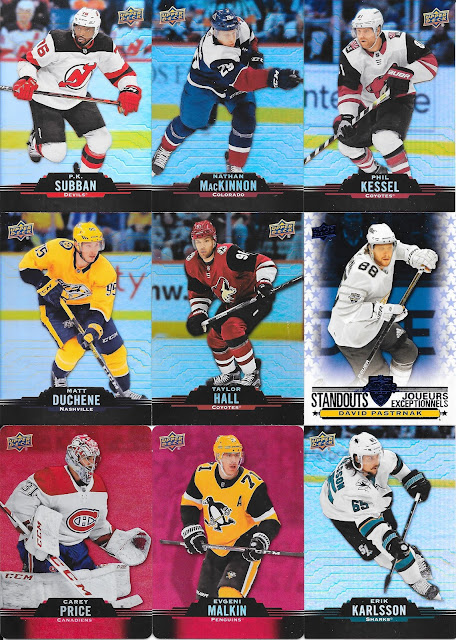 As much as I am not a Montreal fan - those red die cast cards with the red on the uniforms, they are awesome cards in hand. Even just comparing to Malkin and the very yellow Pittsburgh uniforms - just so different.
A Karlsson dupe to close and again, a successful, if not uneventful additional 9 cards.
Posted by CrazieJoe at 8:00 AM