Today we get to start in on what will probably be about a weeks worth of posts given the stack, of 1992-93 Topps Gold parallel cards. Great way to start too with a handful of Leafs. 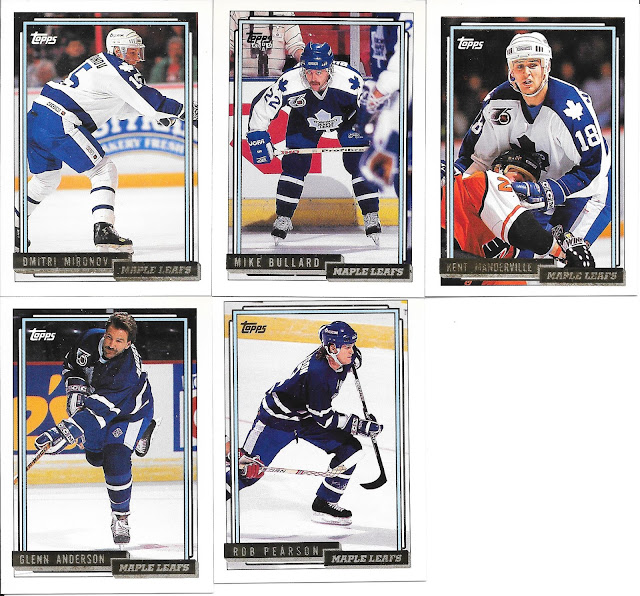 Leafs that I probably know better than I should. What I mean is, because I was heavy into sports video games in the early 90s, I knew the players of this time better than just following the team in later years. Interesting how much those things stick over time. 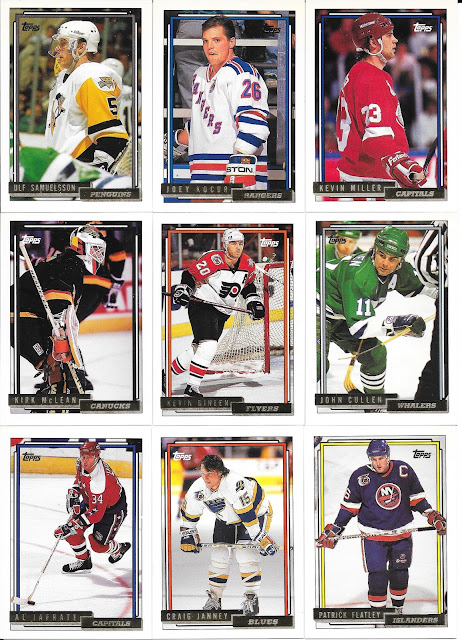 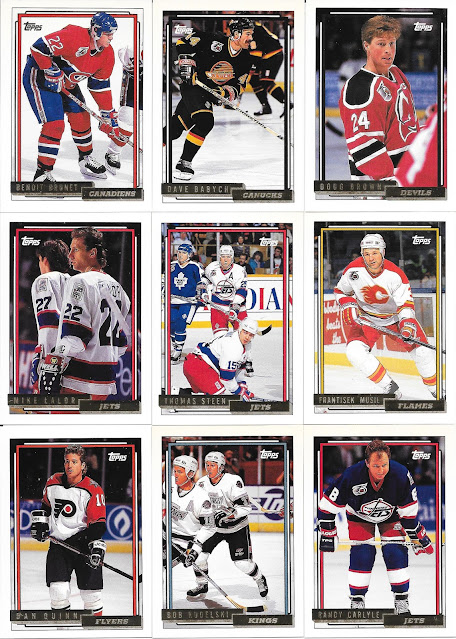 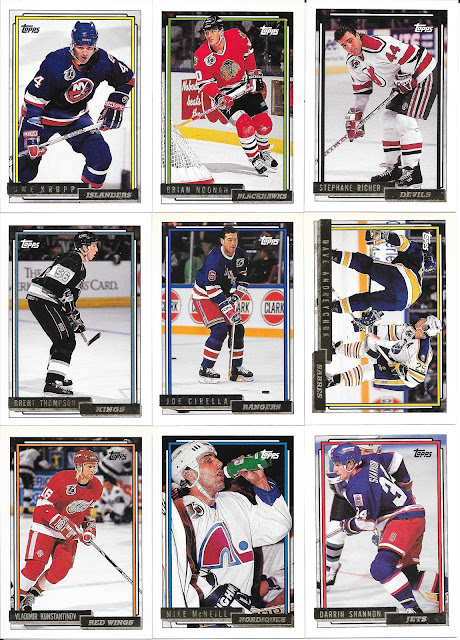 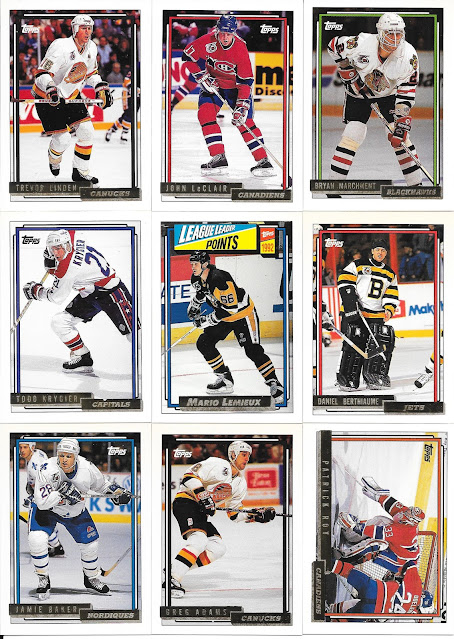 The design on these is fine as a base card. The foil here actually scans better than the baseball ones we just saw with 1993 Topps.

In going through these, a couple observations on what is "missing" - skipped cards generally seemed to be some goalie cards, Brett Hull and Wendel Clark. Of those, the Wendel kind of sucks, would have rather see the Roy card missing....

Though we do have Mario Lemieux here at least once, so a bit surprised on that. Figure I won't see any Gretzky, but time will tell on that! 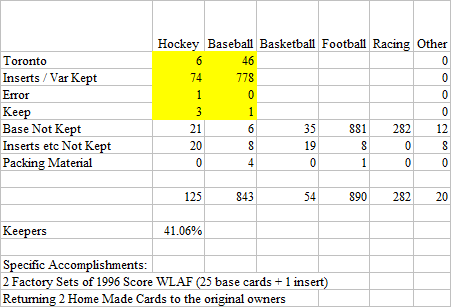