Pack It Up, Pack It In

So there is a bunch of cards (counted out, there are 259, which are 1993-94 Upper Deck basketball cards which were in an odd state. 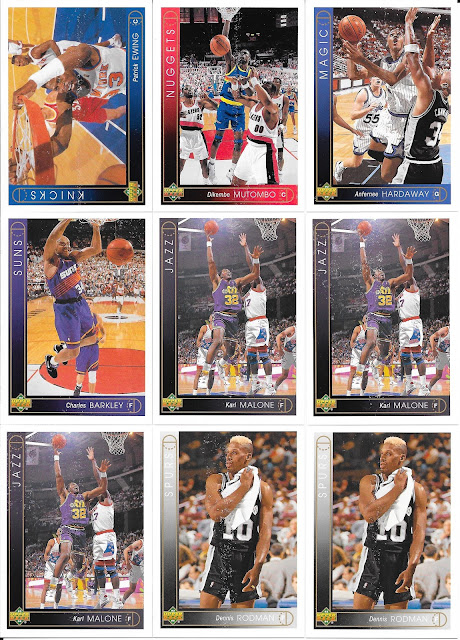 Somehow, these cards were paired and kept face to face and in not ideal condition. So many were still stuck together and needed a slight separation assistance, however they left marks on each other, and not a pretty sight. Probably about 20 or so were not stuck together, but had similar damage to the fronts, so they may have been at some point. 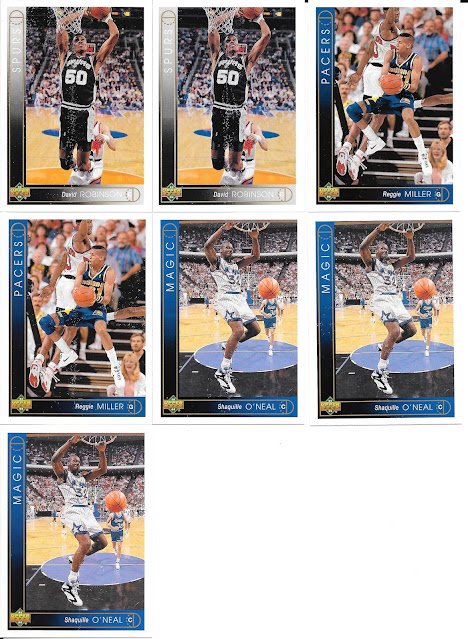 The cards here are some examples of the condition, and also that the cards did include some nice stars of the time. You can see the white marks are fairly heavy right down the centres of the cards. 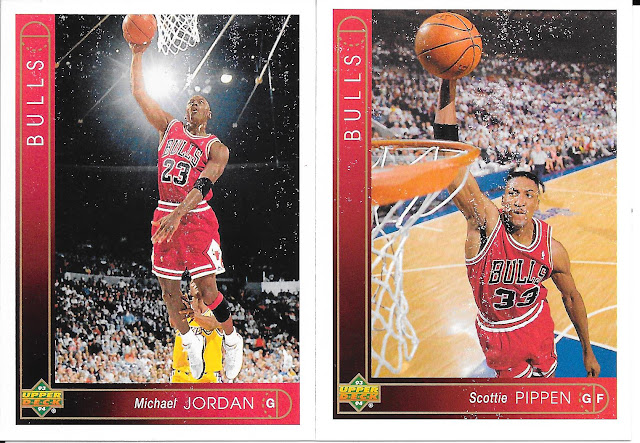 Pippen is pretty rough compared to Jordan here. Was hoping some of the cards may come out alright, but no such luck - just varying degrees of white chips/markings on all the cards.

A shame that the damage is as it is, so I would never trade or give them away, not worth it, instead, these will be kept for packaging purposes - might as well serve a decent last purpose, and leave to whomever I send to, to use them for the same or find another fate for them.

Unless the condition is horrendous (as in, into pieces, I find it extremely hard to get rid of a card, rather use it for packing at least. 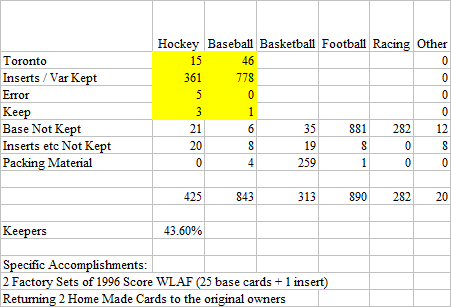