Today, a better smattering of cards from the 1991-92 Upper Deck International Italian (I think) release. 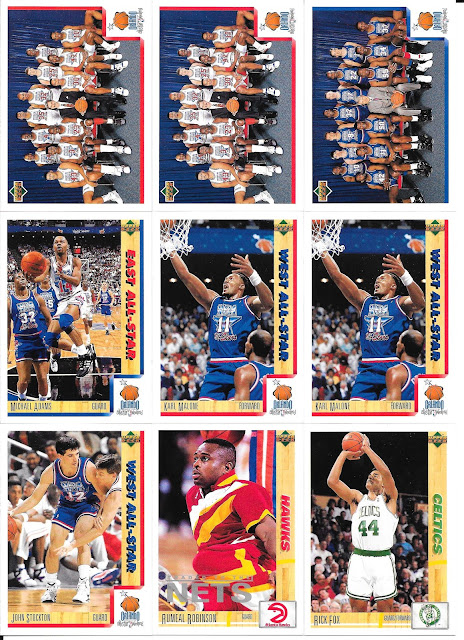 No surprise that I haven't seen much for the actual All-Stars in this set since I presume those have been scooped out. No luck seeing a Jordan in these I suspect. Given the number of dupes there seem to be here, would expect there could have been a complete set at some point. Still plenty of cards to go in the pile here, but a guess most of the All-Stars may be MIA. 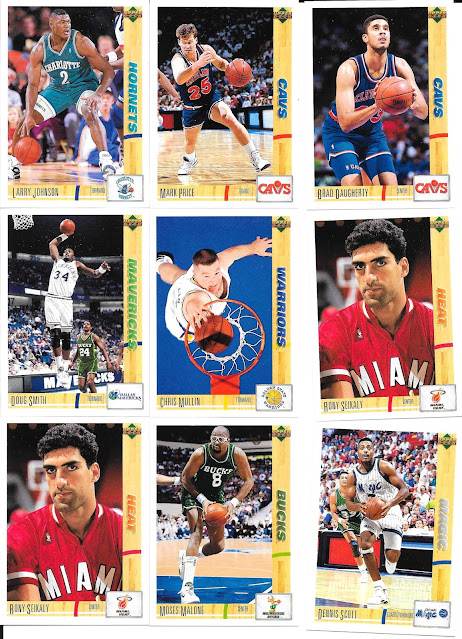 Really like the use of the over net shot on the Mullin card. 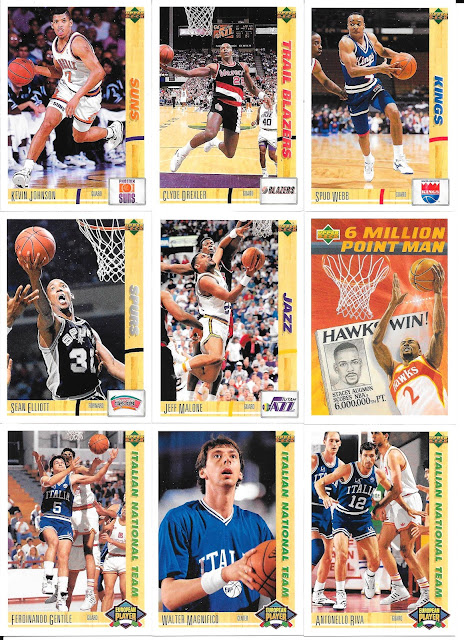 My learning point for today is that the 6,000,000th point in NBA history was apparently scored by Stacey Augmon on March 23, 1992. I have no idea where we must be now for total points, but would be a few million more than that I expect. 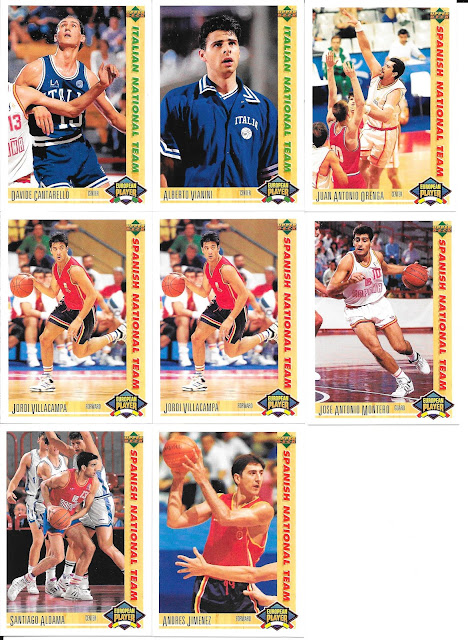 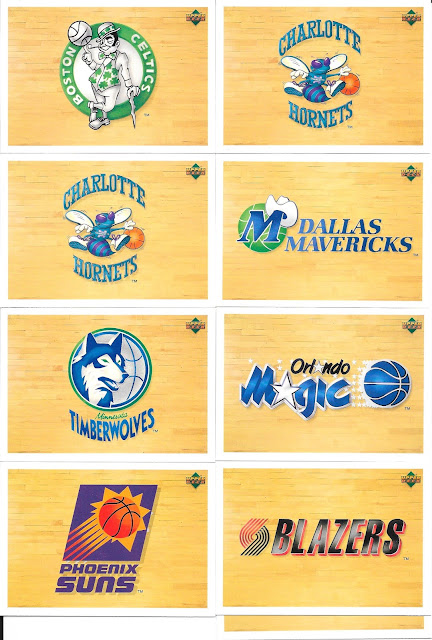 More of these nice team logo and history cards, with the ones yesterday, puts them up to about 14 I think all together. Wonder if any specific teams will be missing when done with these. 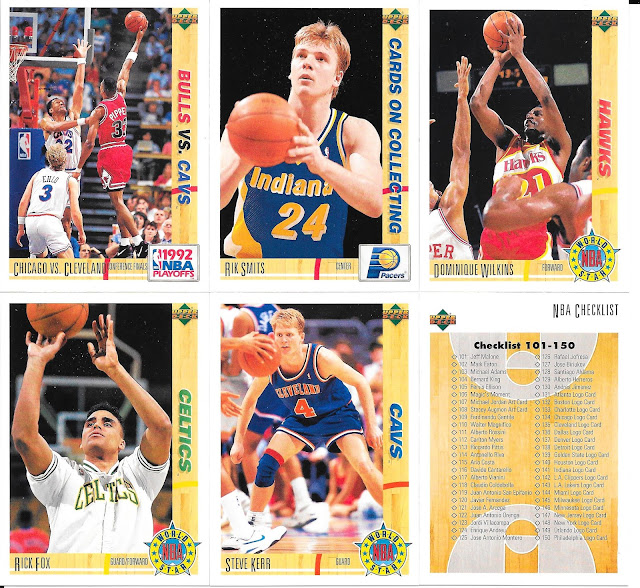 Must be Rick Fox day as we get another siting of the man here on behalf of Canada in the World Stars subset. 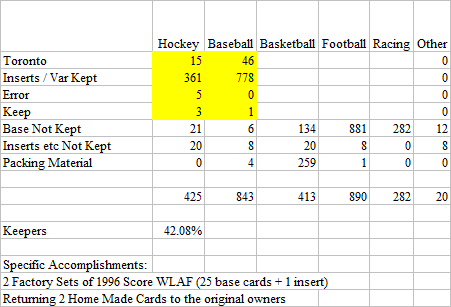 A neat little tag on for today. Ken, who has been reading the blog, saw the early 90s Topps gold cards and had a few he was kind enough to send my way... 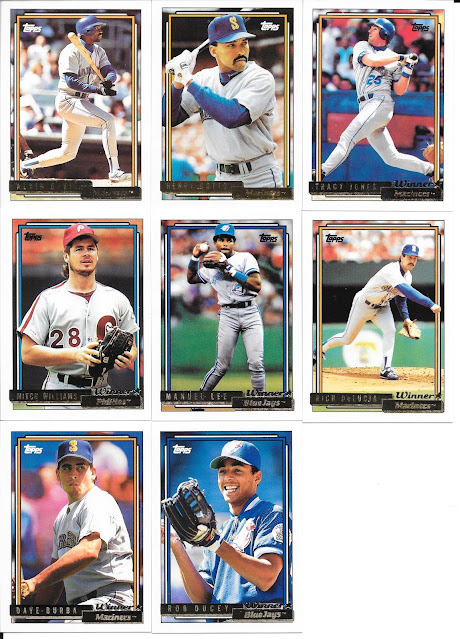 The gold cards are great, but some of these are the Winner versions which came by way of mail in redemption where you got 10 cards for every 100 "runs" redeemed, I believe. All awesome additions, but especially like the Jays of course, but Mitch has a special place too. 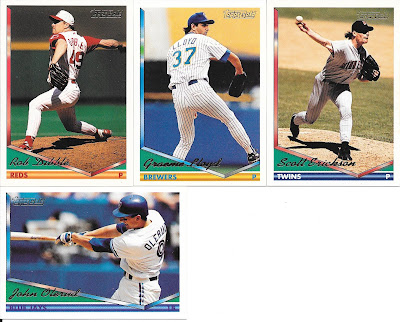 There were also a few gold from 1994 Topps including a great Olerud pose with the outstretched swing. This was right after the 1993 season in which he was hitting .400 still 113 games into the season. He "slumped" down to finish at .363. It is one of the Jays specific accomplishments of my childhood I remember following closely and hoping he could end close to .400.
Much appreciated Ken, and I have sent a little something your way as a thank you.
Posted by CrazieJoe at 8:00 AM