Having the fun of going through this lot of cards, part of the fun is getting cards for others like... 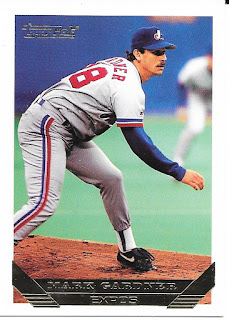 This a dupe for me, so I'll be able to pass it along to Mike from Not Another Baseball Card Blog, like I do with most every Expo I come across as I know he is trying to collect as many as possible.
I'd send him more that I have pulled for the set, but I'm going to be far enough along, I'll likely put this on the "to be completed eventually" set list, though I will make a one card exception as I don't think I'll ever add the Derek Jeter rookie card to the set. 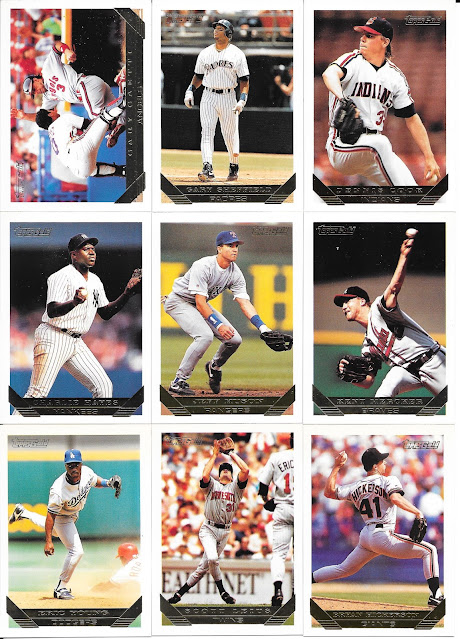 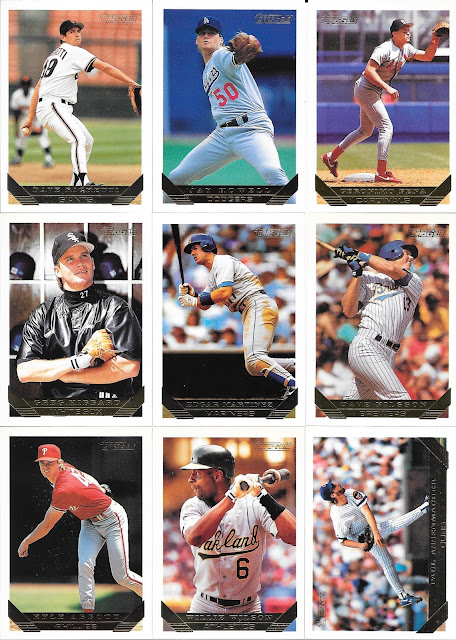 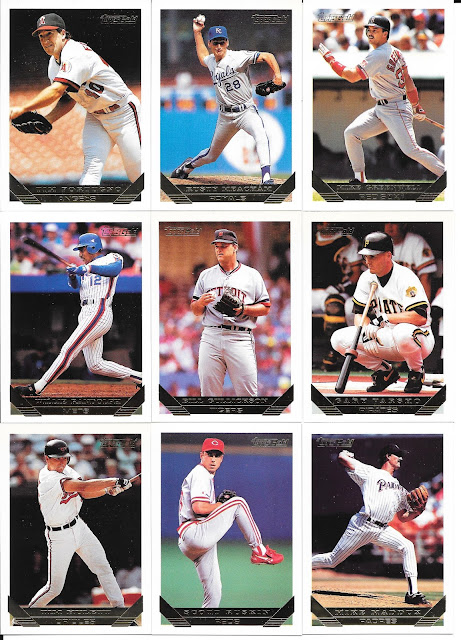 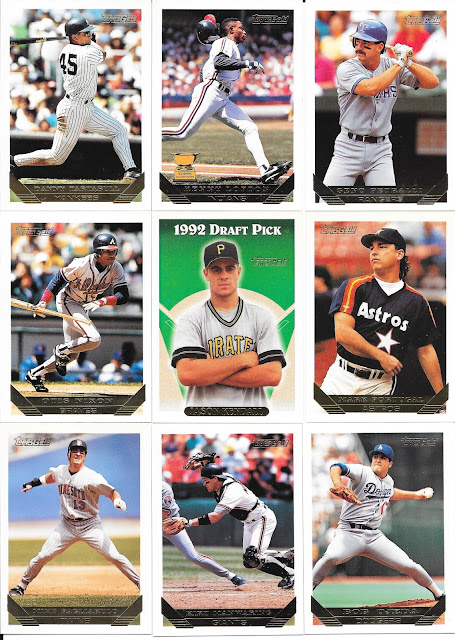 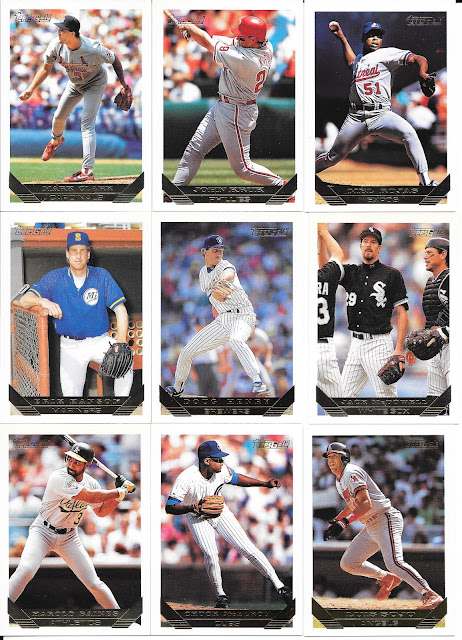 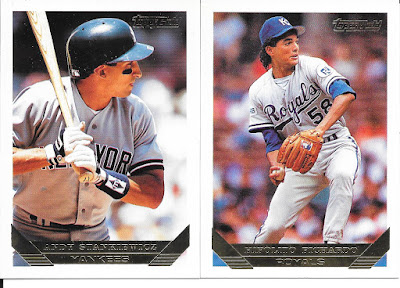 As usual, the chunk does have a couple Jays as well.. 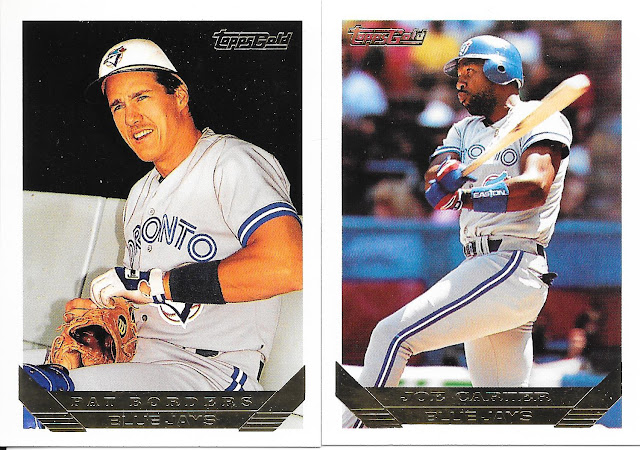 I did have a couple of these parallels from trades and the Joe Carter was one, but excellent to get a second of course if I do have any thought of completing the set and having a Jays team set as well. 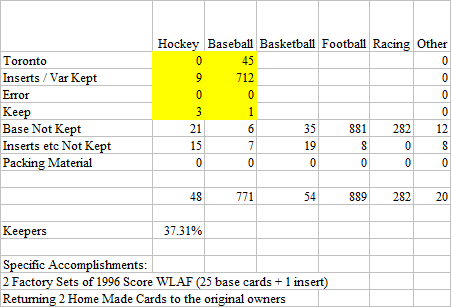 Let's end with another bunch of artifact cards from my latest 401games purchase... 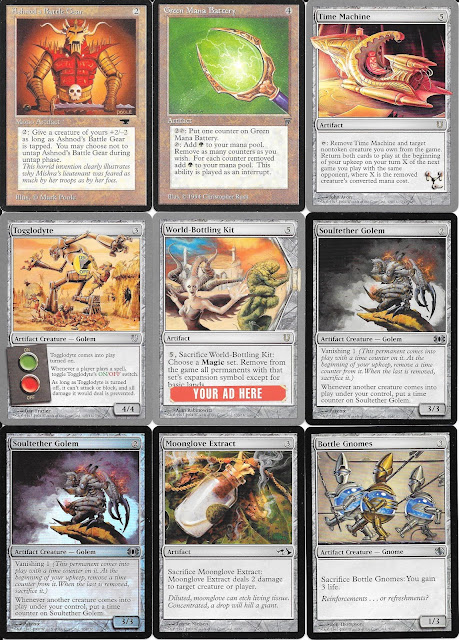 I am running out of old single cards from sets like Antiquities and Legends that are priced low enough I can consider buying them - I don't really want to start buying individual cards that are $20, $30, $50 or more...so that kind of limits what is left, but found a couple at least.
Also always up for any missing "Un" set cards!
Oh - and just a reminder, some of the flavour text is awesome - see Bottle Gnomes for example. 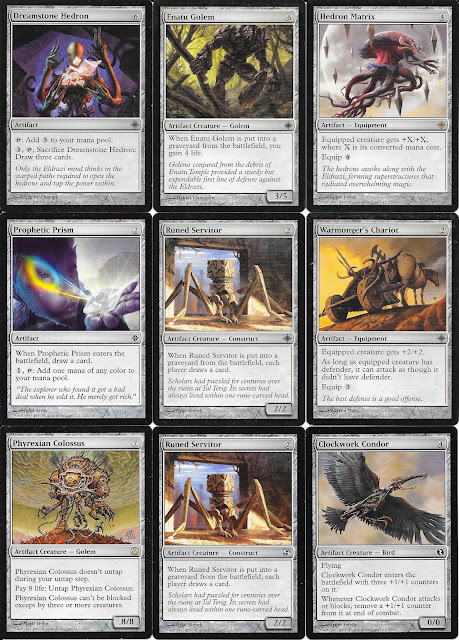 As you can see, I pick up per set so some cards I have as many times as they are printed.
I like the "Clockwork" creatures as they are interesting but very much similar with the token use. I remember first getting and using Clockwork Beast, then Avian, and others thereafter. Didn't have the Condor until now. 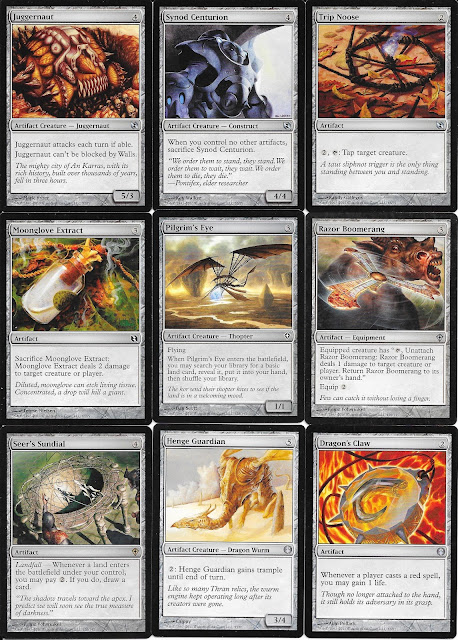 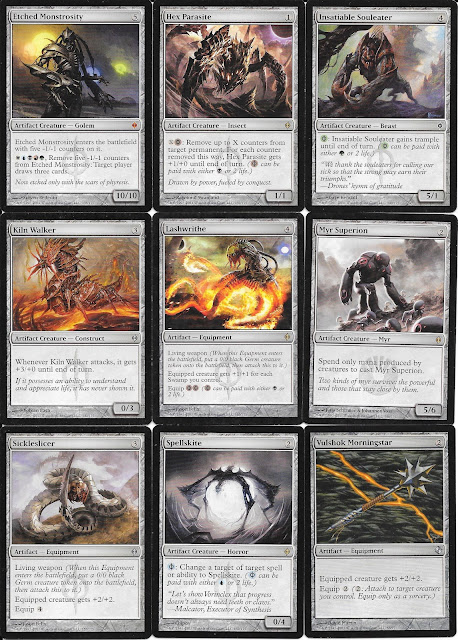 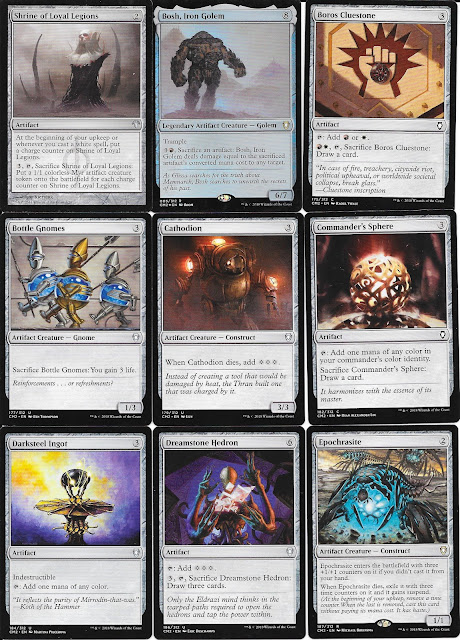 Bosh may be an expensive card to play, but always love the big baddies, and foiled too! 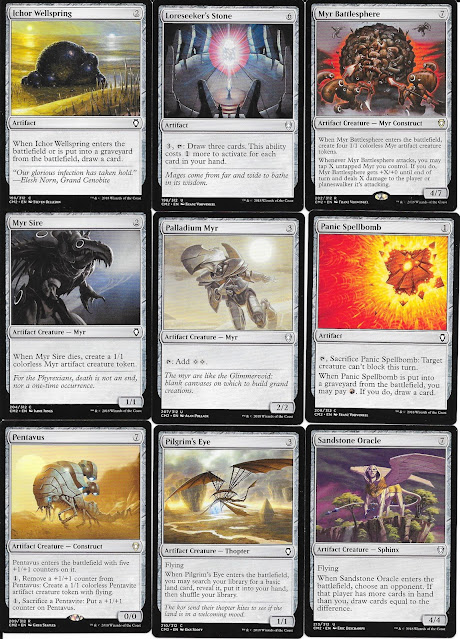 Pentavus is interesting - a different take on the use of tokens, but regardless - the artwork on this and Sandstone Oracle for example, are just great.

Not quite all of them as I have another chunk to share, but we can do those another time!
Posted by CrazieJoe at 8:00 AM