I personally don't see the draw of multisport sets. I gather they are done to try and put the best of each sport into a single set, but as a collector, I have no interest in the sports outside of my hobby, so I am stuck collecting a couple cards from a set because I don't care about the other stars and sports involved. 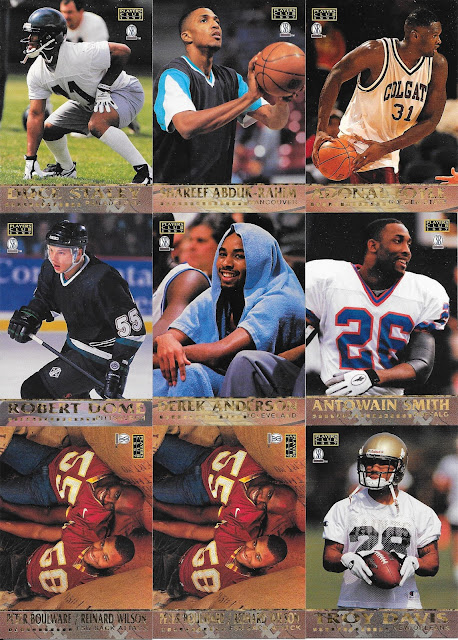 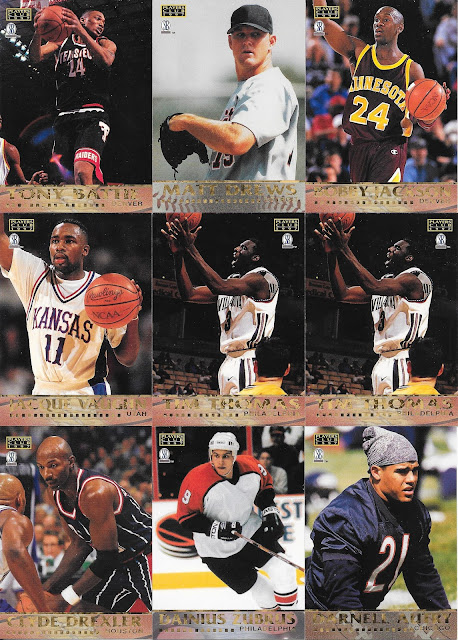 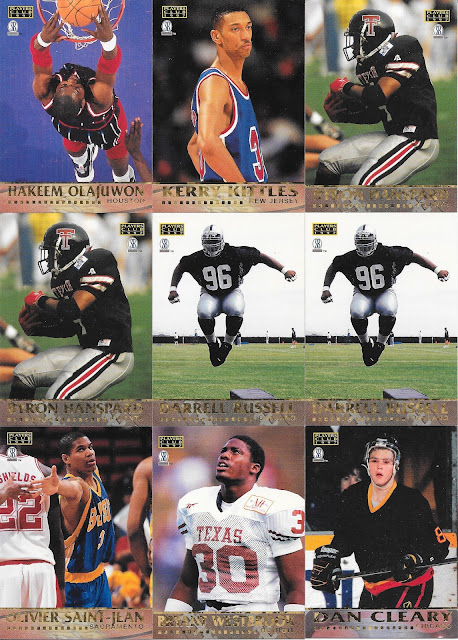 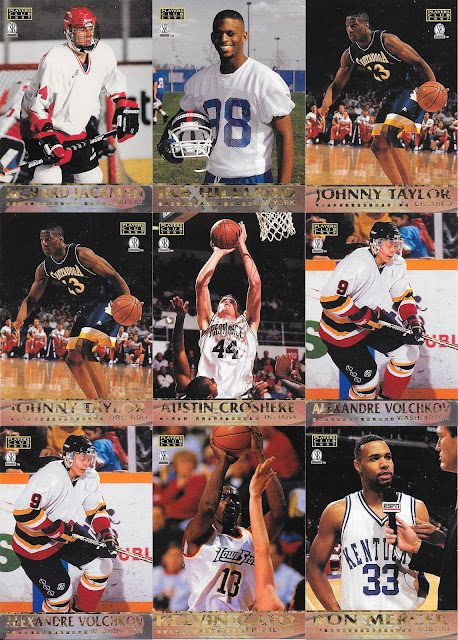 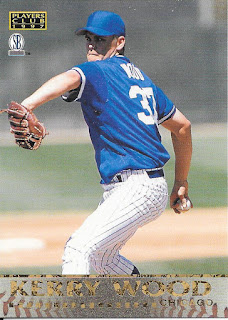 Here we have a number of cards from the 70 card, 1997 Score Board Players Club set. The design looks a bit better in hand as scanned, the foil makes it a little uglier than it really is.

So in this 70 card set we cover all the major sports, but as a collector myself, there is a single card I'd want - Jose Cruz Jr. card 7 from baseball - that's it.

So, I total up the cards by sport, stick them on the list below, see if any are quick trades and stick the rest away for trade fodder.

At least this is from a single sport set... 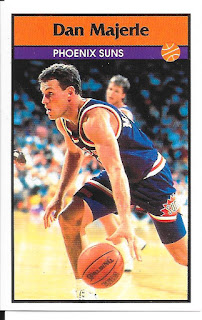 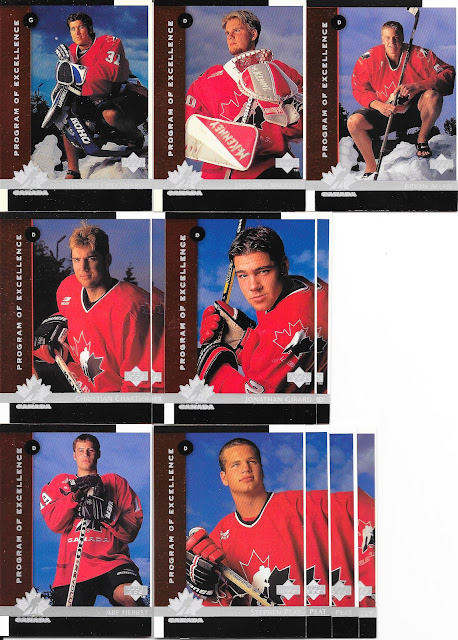 You would think it might be some team Canada release, but it's the subset in 1997-98 Upper Deck with Canada star rookie cards. Upper Deck did this for a few years that I am aware of, but since this isn't a year I am looking to collect the base set on, nothing for keeping here either. 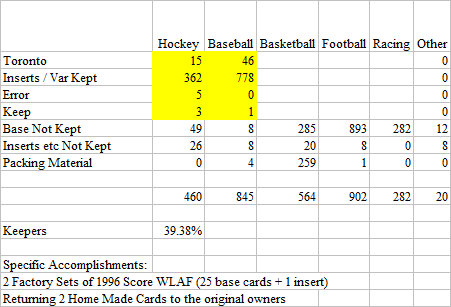