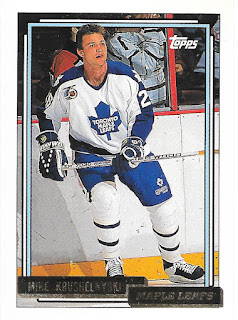 Mike spent 4 years (well, three and a half-ish) with the buds in Toronto, but with all said for his career, his best days were already behind him - his time with LA and Edmonton were better.
Not saying he wasn't alright for his role in Toronto, but he didn't have the numbers like he did from a few years before being in Toronto.
So, Toronto got him in exchange for John McIntyre. The way it all played out, Toronto still got the better end of the deal. 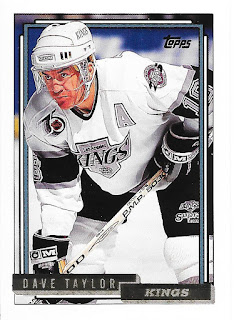 17 years and over 1,100 games - all with the Kings. Have to respect a guy for sticking it out with a single team, and he averaged close to a point a game which is great. I know that means less through the 80s than it does today, but still.

As for the rest? 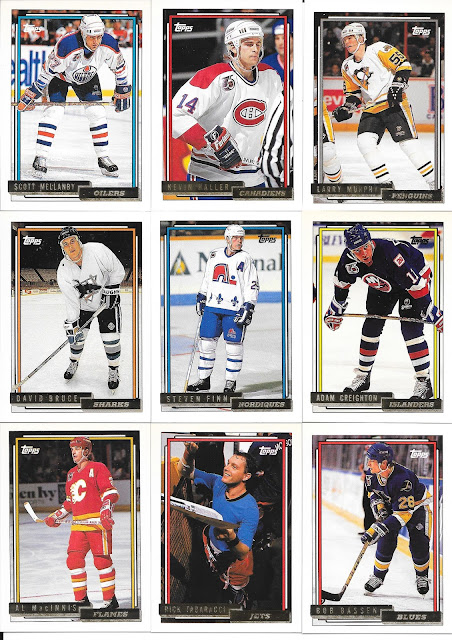 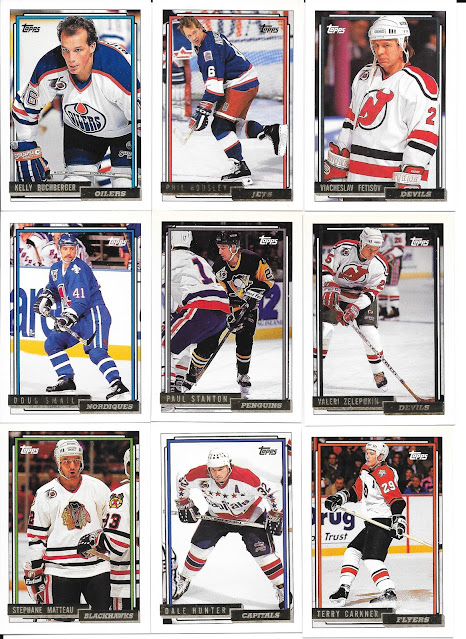 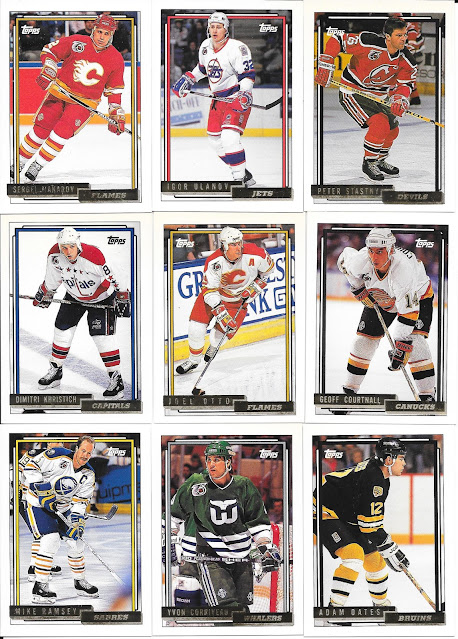 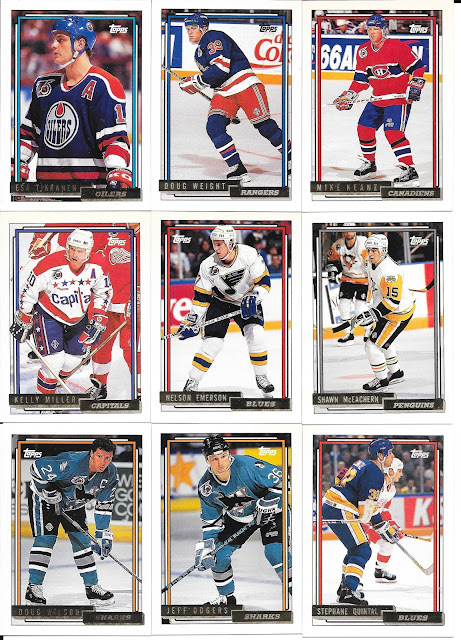 Names of the times - not superstars on the Lemieux or Gretzky level, but Mike Keane, Doug Weight and Esa Tikkanen were bright spots for their teams. 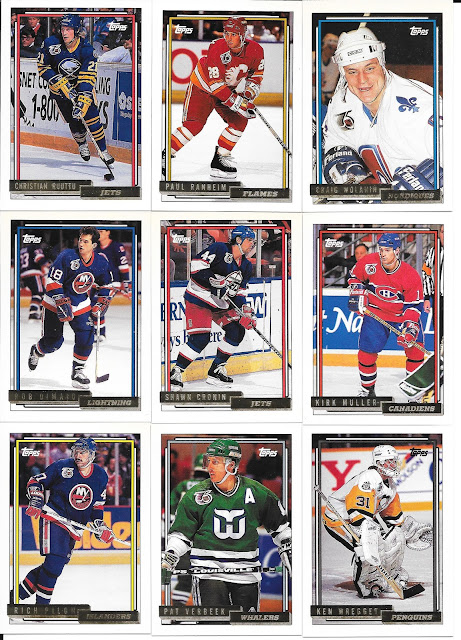 Eyeballing it - may end up around 70% of this set when all is said and done. Should know in a few days! 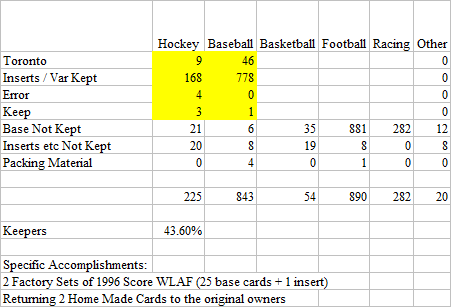 Today - almost the last of the artifact cards from my recent 401games purchase. I have some foil cards to scan still...and man, are they warped because of the foiling, but that's for another day/ 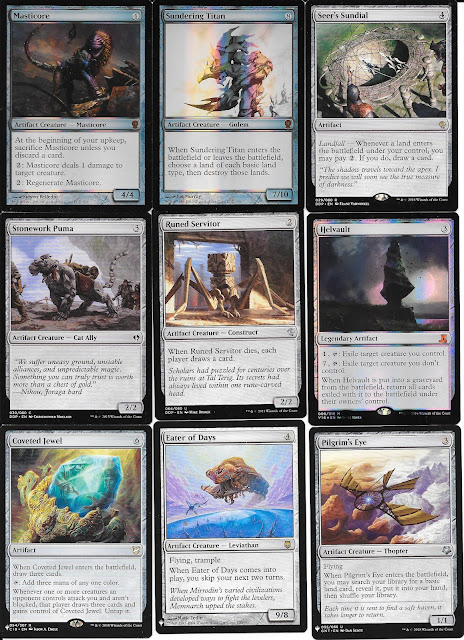 Before there were "Secret Lair" special releases, there were "From The Vault" releases where, essentially, powerful cards or similar set cards were put together, maybe with a new design or new art, and released as a set for a decent price (ie. 15 cards for $35).
I never bought into those, but the first couple cards here come from the Relics release. Since they are all artifact cards, it would probably have been the only release that would have interested me enough.
There are some interesting cards that came out of the Mystery Booster set too - though all reprints with original form except the emblem in the bottom left corner, I believe this is my first copy of Eater of Days which has a huge drawback, but interesting concept.
Coveted Jewel is also a poor man's lotus with a lot of drawback. 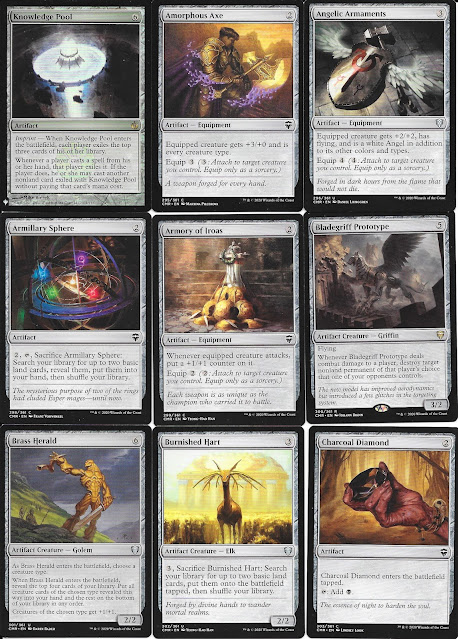 Here, we get into a bunch of Commander Legends cards from this past year. There were plenty of cards as it is a big set of over 700, so I knocked off a bunch of cheap artifacts here. 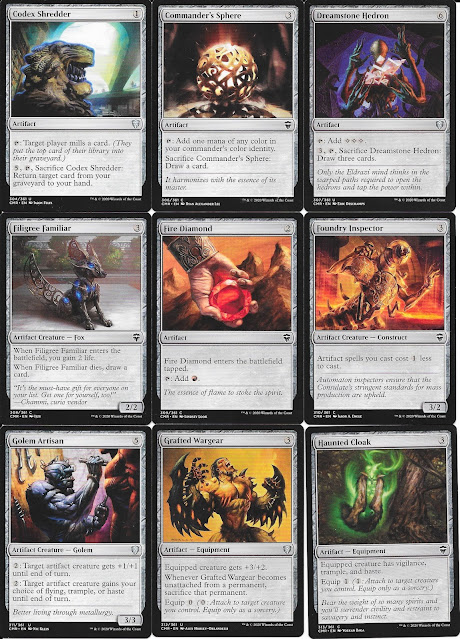 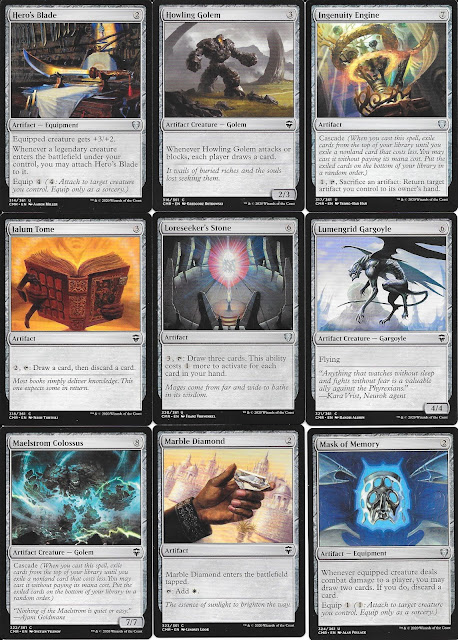 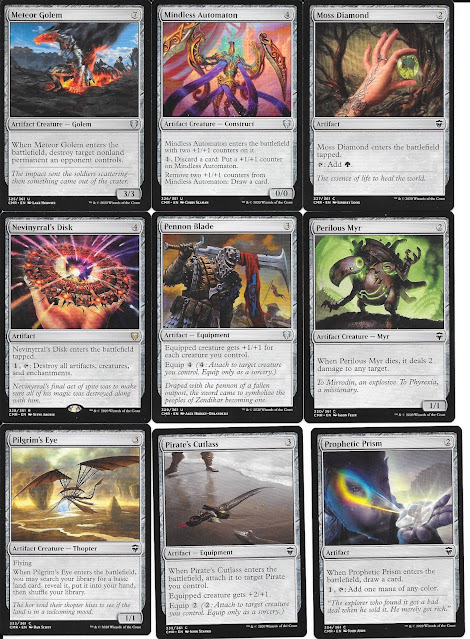 As much as I love the old school Nevinyrral's Disk, the updated artwork here is pretty cool too. 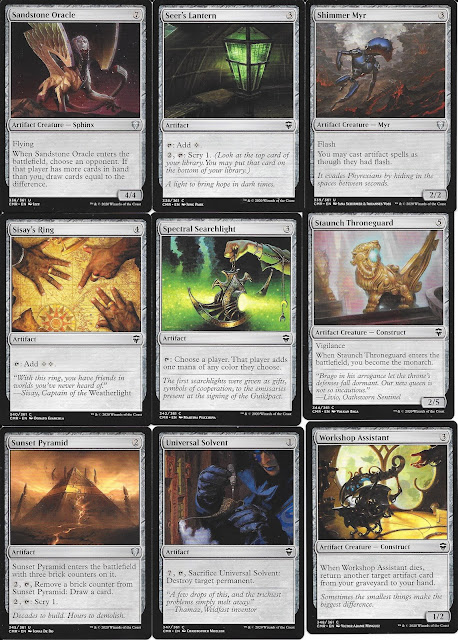 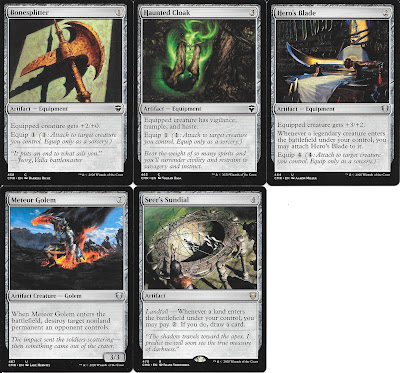 I love these cards and could go on about so many of them, but not sure many of you care on the game side, which is cool - but I am sure the artwork is appreciated.
Last cart is my fave new one though. 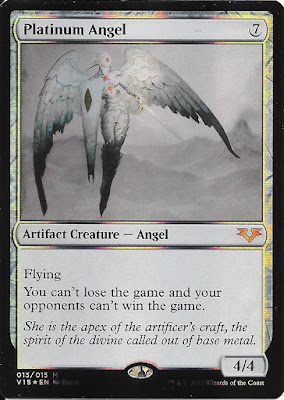 When I played my artifact deck, it wasn't about winning or losing really, but about grinding out a long game. I guess the win was, I tried to run the opponent out of cards. Well, this ability of no one winning or losing, but the game continuing on sure would play into that and grinding through the decks. It would be interesting to play with...might have to put that artifact deck back together one of these days...
Posted by CrazieJoe at 8:00 AM