A bit more going on in the 50 cards today as there is again, what appears to be the end of the Upper Deck International Italia set, and a chunk of hockey cards which may produce much for keeping, but some solid change from what we have seen thus far. 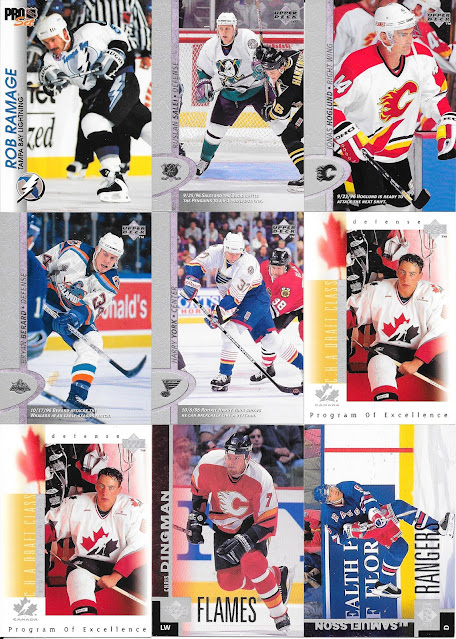 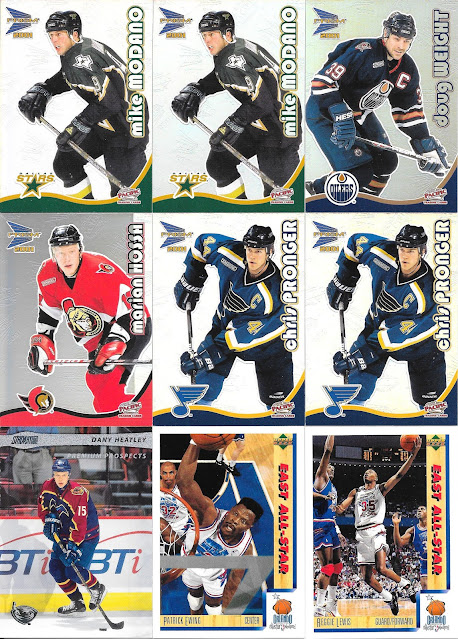 McDoanlds cards are always great to see, just happens that 2000-2001 year, I have about 75% of the base set, and these are all dupes. We then get into the basketball... 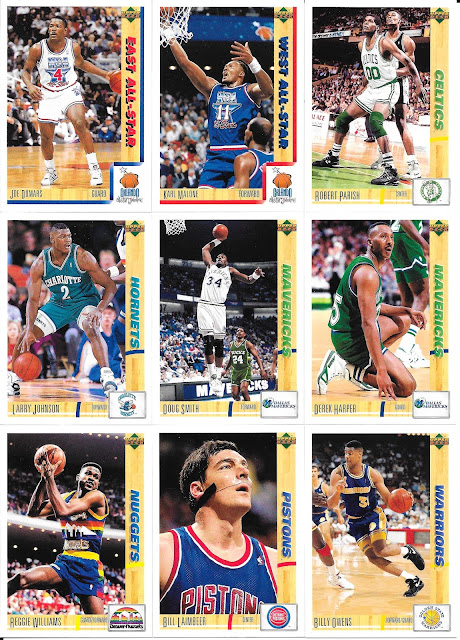 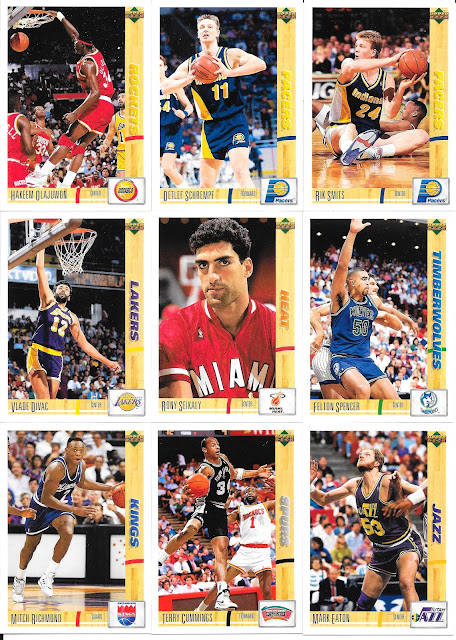 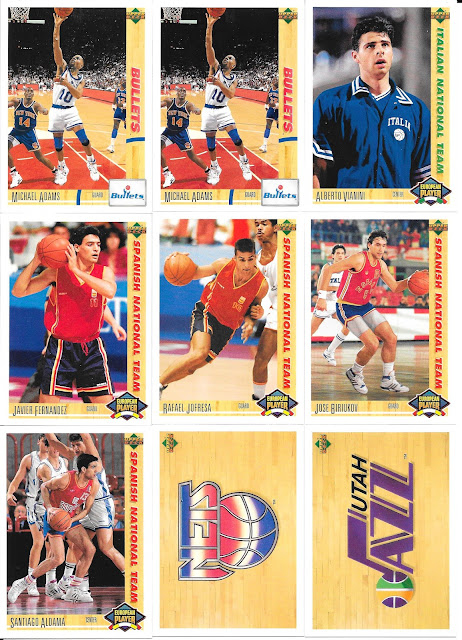 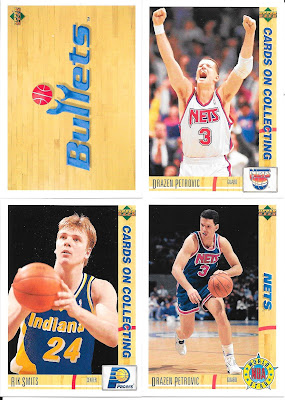 There is one card from the picks today which I will keep, though not from a set I'd ever collect. 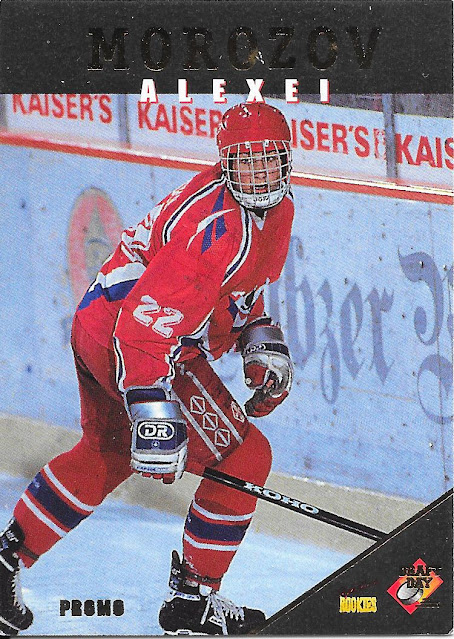 This is a tough one because it is a minor league set, which I don't collect, but they do note the team drafting on the back, but it is a PROMO card, which at least is easily visible and noted on the front and back. I'd rather hang onto it for now that get rid of it and later decide it was something Ishould have kept.

Really cool to see these types of promo cards in this lot - just unusual for a "normal" collection. DOes make me wonder where and how these were originally collected. 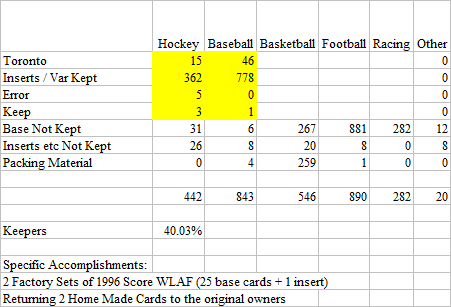 Today, we get a tack on with a second envelope of cards that showed up from Ken, which, no surprise, includes a good bunch more gold Topps baseball cards from the 90s... 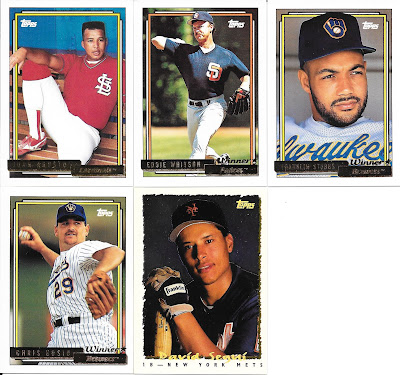 Some great cards including a Topps Cyberstats card which has the same kind of gold look to it with the Segui.
The rest of the envelopes...a design we have now seen a bunch of.. 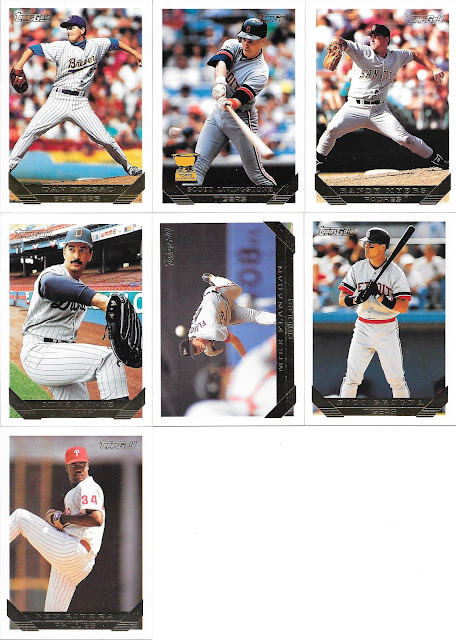 I have really gotten to like the design with the gold on it...kinda makes the regular base cards a little more "meh". A great second envelop though and...there's a third, but I'll save that for another day or two...it is a little different on the contents though.
Posted by CrazieJoe at 8:00 AM