To be honest - 9-10 year old me didn't get it, and after catching an episode or two, I didn't bother anymore.

That is, until I was about 13, then I watched it every day. It was in the model of that imperfect family which, at the core of it all, love each other and stick together, so it does have some good morals and message, though it covers it with crude hilarity.

This isn't a set I ever would have gone out of my way to collect or put together, but when it falls in your lap, and is complete, no reason to get rid of it, especially since it is a solid subject matter.

Here is the full set in all it's glory...oh, and the style is so crude in comparison to the show today, it's crazy to see the different in the product. Not saying it was "bad" back then, just a completely different style. 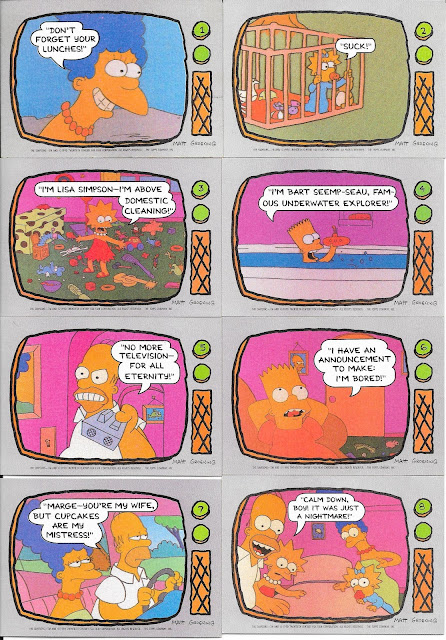 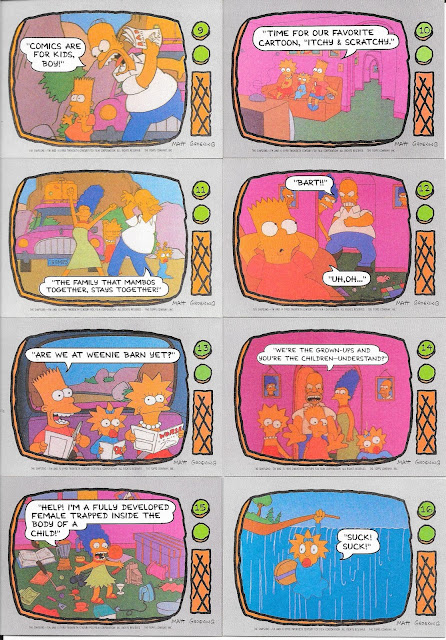 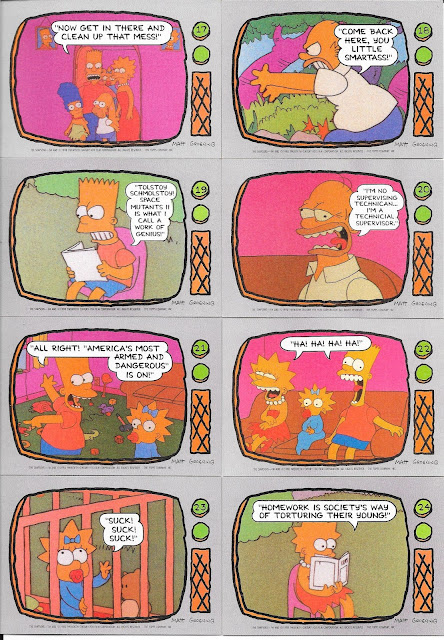 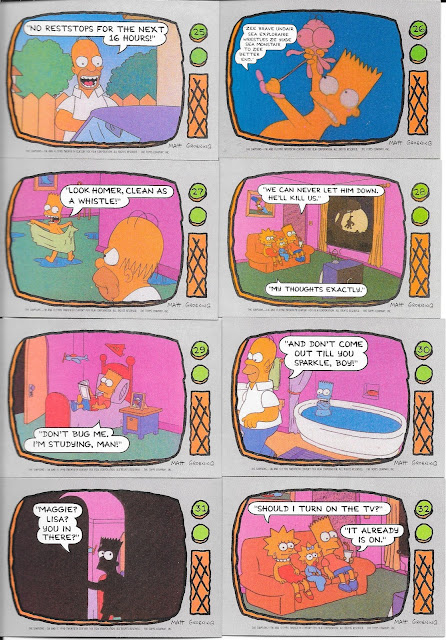 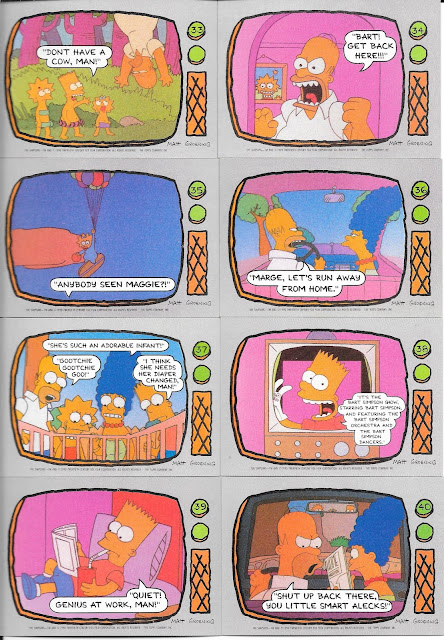 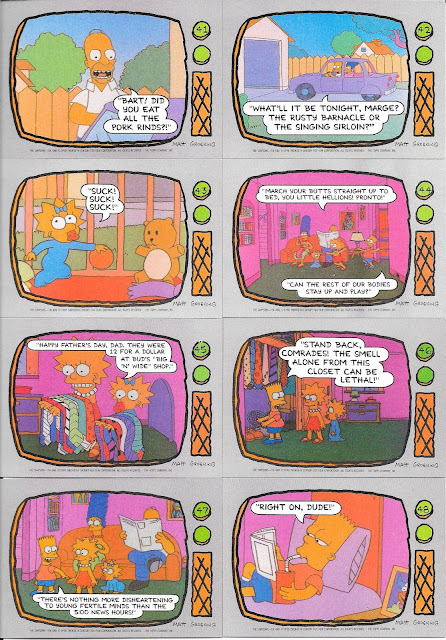 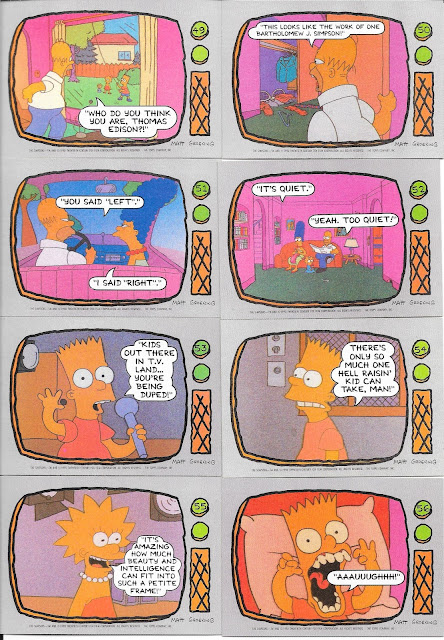 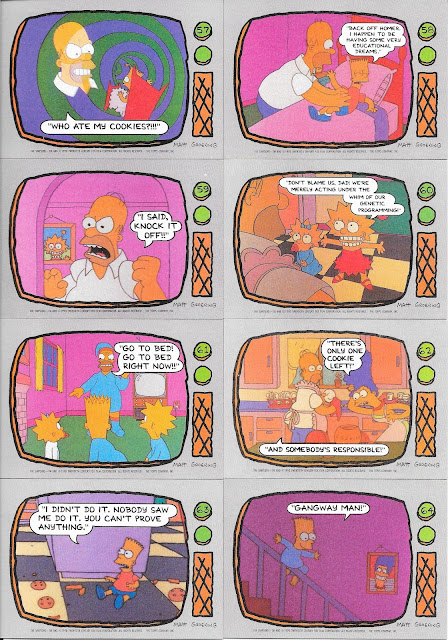 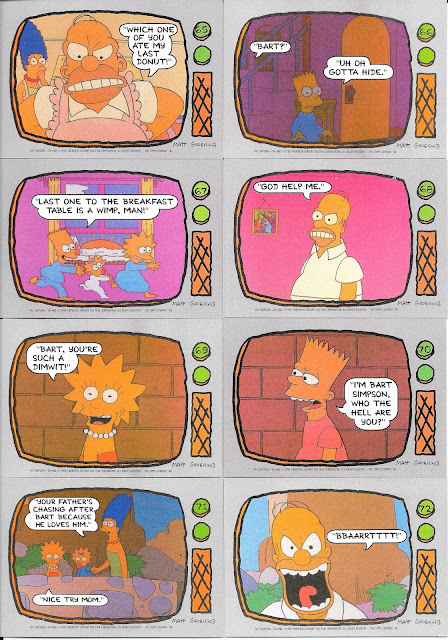 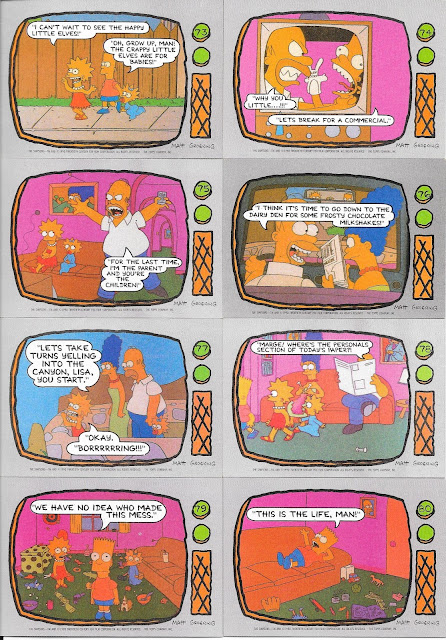 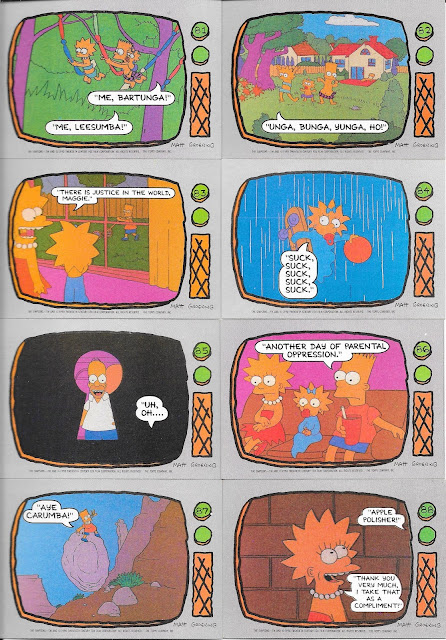 I can appreciate the design incorporating the TV which was symbolic from the opening theme and sequence, but it does take up a lot of real estate. As for the scenes themselves, a wide variety of throw away lines and some that are more iconic from the early years.

The show is so iconic, I am sure everyone out there has at least seen an episode or two - but how closely did you follow or watch the Simpsons, and for how long?

Interesting that they were able to use "suck" for Maggie on the cards, I remember listening to early season commentary on the episodes and they had talked about the need to use something different like "thuck" or similar - I think it was wanted by the network, but don't quote me on it.

May not be an expensive set, but a nice little nostalgia set to stick away. 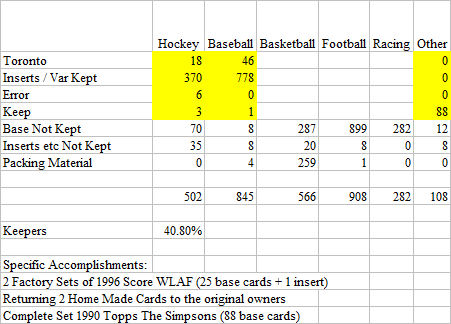