Apparently what we cover here will be what someone must have considered the lesser stars All Star edition.

The Leaf card today...not an All Star... 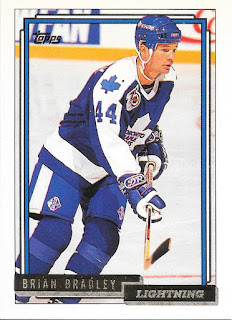 Not talking about Gelinas on his uncorrected error card... 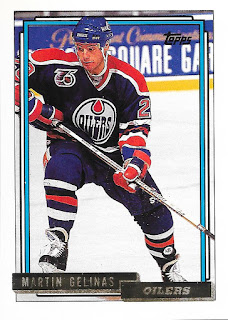 What we are talking about is, that the run of cards here includes the All Star section, at least a good portion of the base set subset. It was obviously picked over, but you can see below who was left behind. 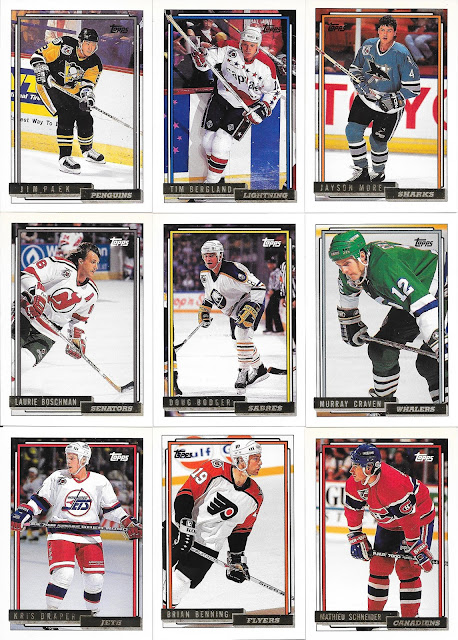 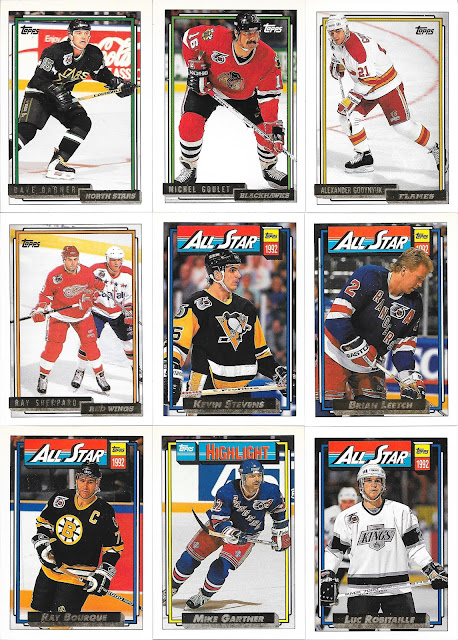 Seems very much like the very top cusp of Lemieux, Gretzky, Hull, Brodeur, Roy may be missing, but lots of great quality stars still left behind. 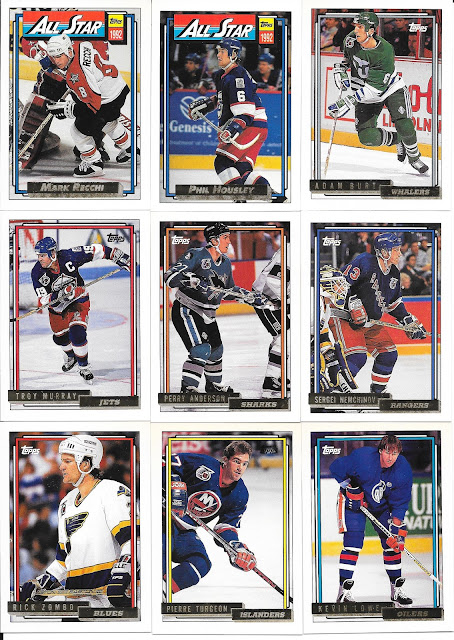 Honestly, probably better overall than I would have expected for a collection that someone went through and player collect related, pulled from the cards. 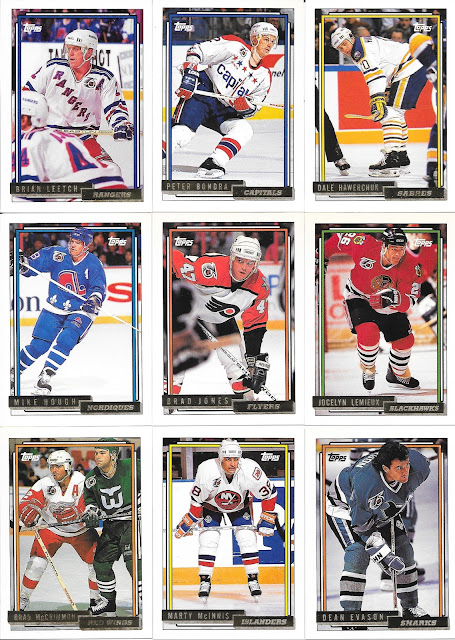 I take it back...looks like they missed at least one Lemieux! Bondra, Leetch, and similar level names are great cards to me and may not be top price cards or guys, buy honestly, even stopping here on the collection, would almost be worth the $60. Would have been perfect if these were all in perfect condition instead of some being a bit stain coloured (though fine otherwise).
Still - small complaint for what it is, especially knowing there's probably better still to come. 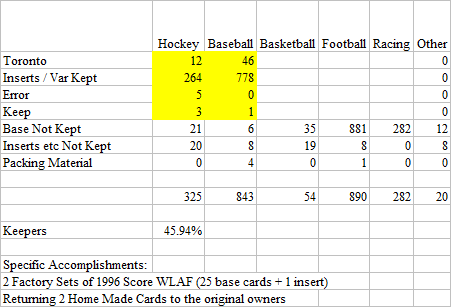 Let's end with the last bit of Magic cards I got from 401games. These cards, are foil cards from the late 2020 Commander Legends release, and I can confirm, the foiling caused these things to pringle like crazy.
These cards are curved so badly so that left and right  sides touch down, and it is bulged up down the centre, that you can literally stand the card upright. So, when the cards look a little moved around, they did move around so - I took the scans I could get! 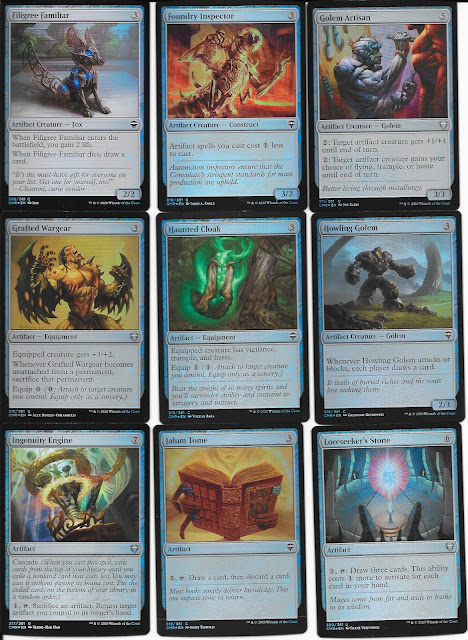 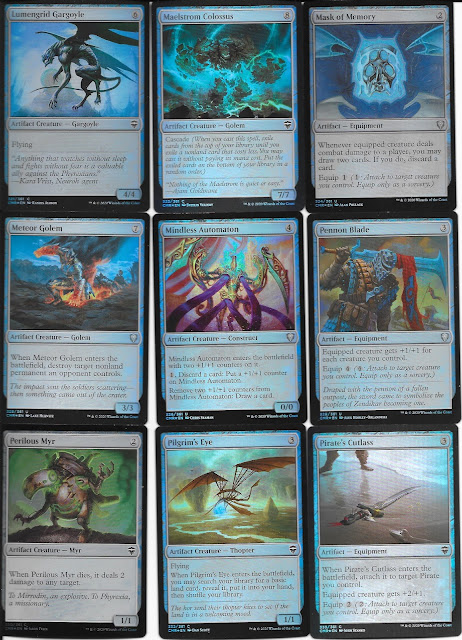 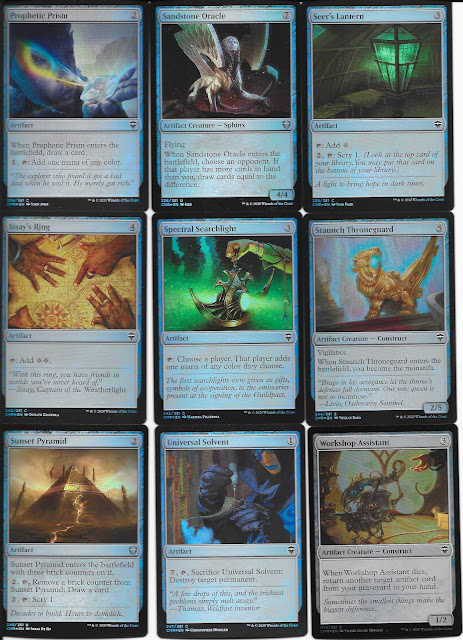 I'd love to talk about the cards themselves, but the curving is just so crazy, you can even see it in the scans with the colouring on the left and right sides in a lot of these, as they pushed up, away from the scanner bed.
I believe the foiling was changed for the newer set Kaldheim, but the look isn't great, though I think the curving is done.
Would hate to see sports cards do this as well, though I know some sets do - mid-90s McDonalds set..I think it as 1994-95 comes to mind as being problematic with curving.
Love the cards, but I may just have to figure out how to flatten them without damaging them, though the may end up at the bottom of a heavy binder anyway, which would hopefully help!
Posted by CrazieJoe at 8:00 AM