Let's see how different the 50 today are as these are still all from the International Italian set. 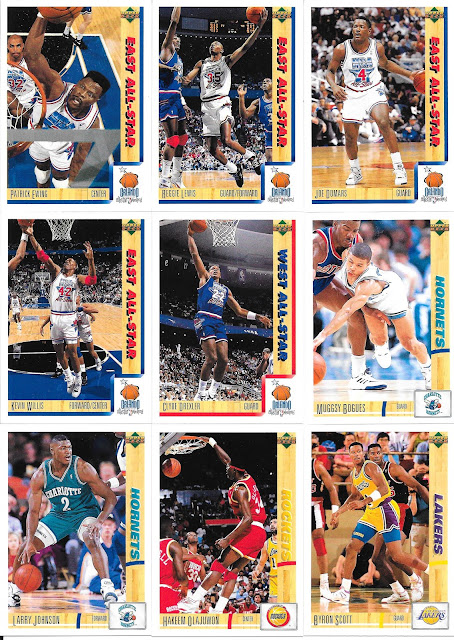 Happily getting variety of cards still. I guess Patrick isn't considered top star to whomever went through these before. I wasn't much if a fan but did at least like Clyde the Glide as I had a friend that talked him up constantly. Actually, same friend also loved Mugsy. 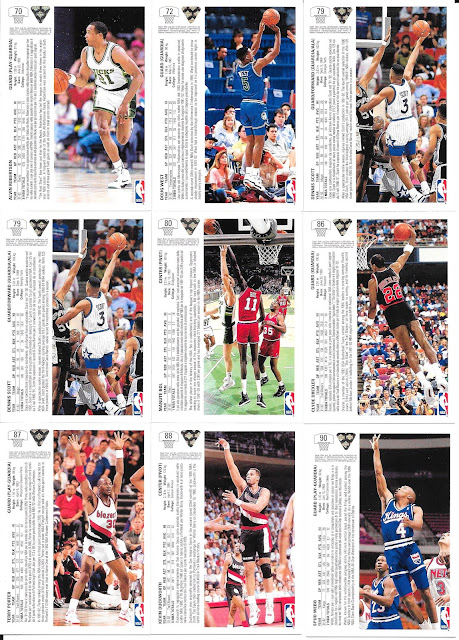 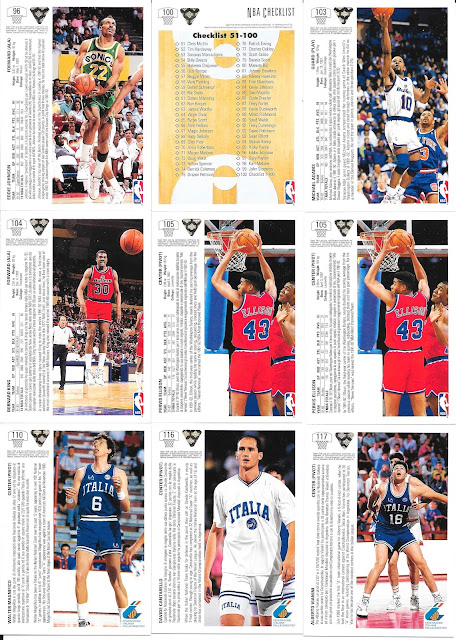 Figure I might as well show some more backs since we have seen the fronts on some of these already. Bol was a tall man, and just the pictures with him stretched out make him seem that much more of a giant compared to those around him.
Speaking of CLyde earlier, love the back photo of him going up to the rim. 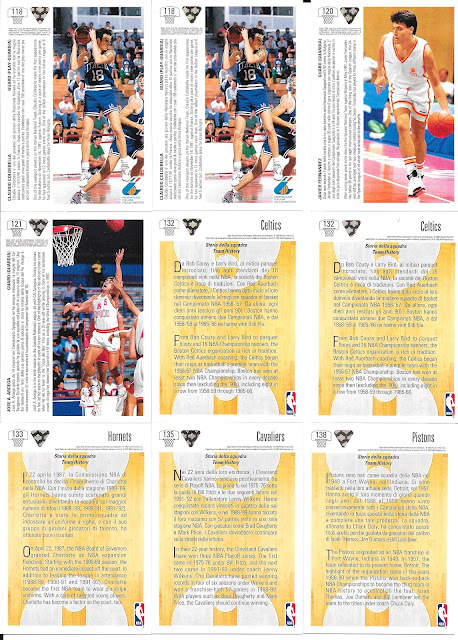 Here you can see the backs for a few of the team cards and that they are just historic summary write ups. 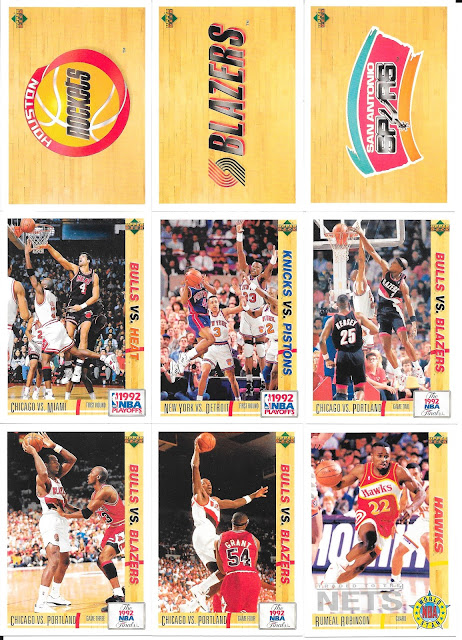 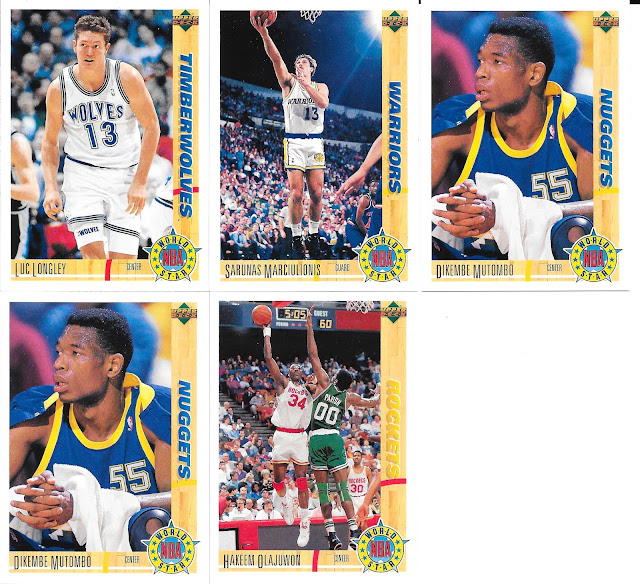 We end with another Hakeem. I haven't looked at the checklist in detail, but in a 200 card set, there seem to be a number of players which end up on multiple cards. I guess for stars, a good way to sell the set. 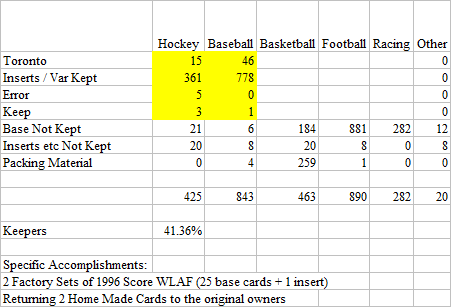 Posted by CrazieJoe at 6:00 AM