The golden cards of today bring my completion on this parallel set, to over 43%. Never would have been a set I would think of getting that much of, but not complaining! 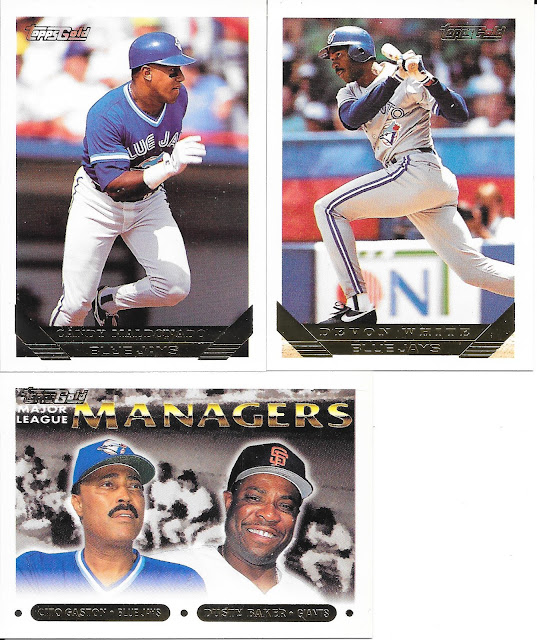 Always find it interesting on who gets to sneak into my Blue Jays collection by being on Jays related cards. I have no issues with Baker being included. He may not have been to the level of a Hall of Famer, but had a good, solid length career from the late 60s through the early 80s, and then of course his managerial career which is recognized here (he managed starting in 1993 and though he has had a few breaks, was managing even this past 2020 season as well with Houston. 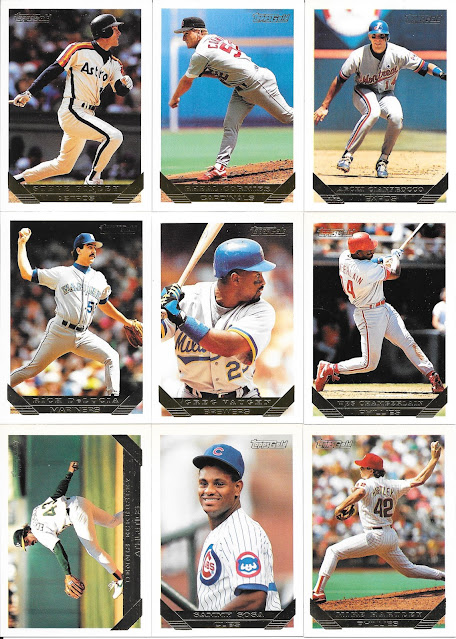 A bit surprised to see Sammy here, thought he may be pulled, but not the case (though it appears Frank Thomas is MIA. 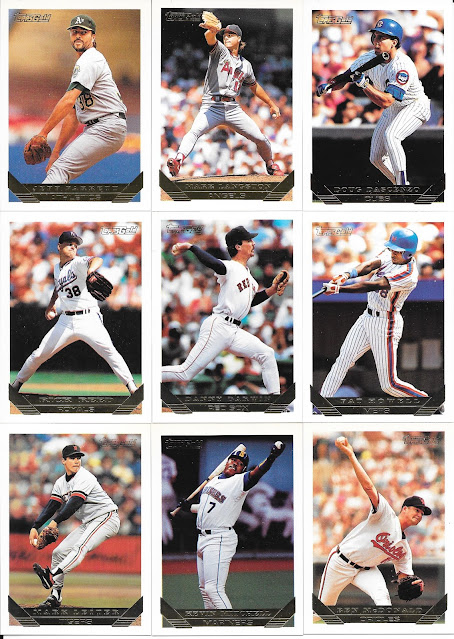 I still get a chuckle out of the Kevin Mitchell photo - still not sure exactly what he was doing with that pose. 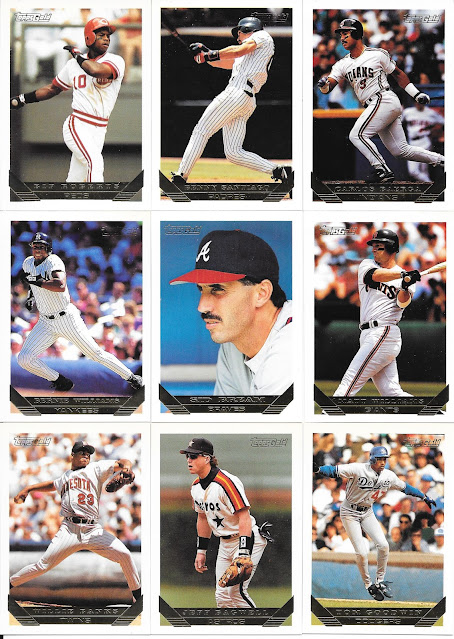 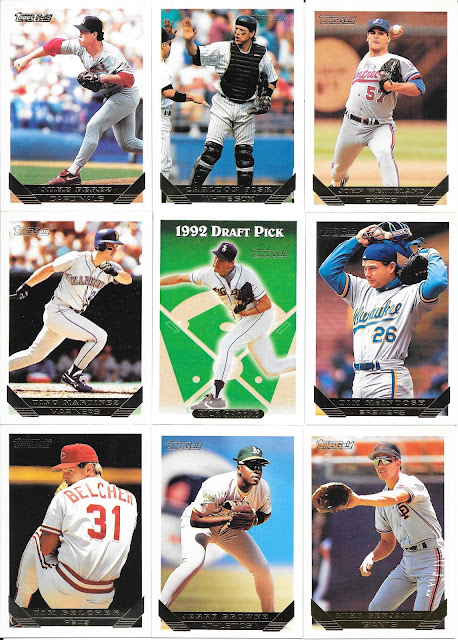 Rick Greene, draft pick here, managed to get in 5.2 innings with Cincinnati in 1999 - took a while, and wasn't much, but did get to the MLB. 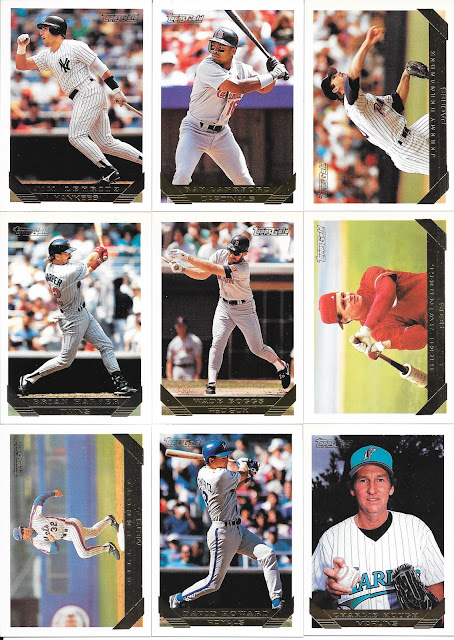 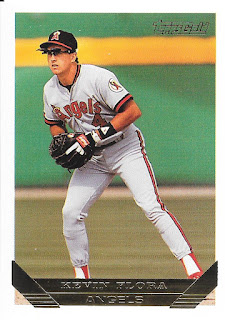 Charlie Hough had a great, long career. He was a workhorse, and that is what he did with his last couple seasons which were for Florida - put in big innings as a started, and sure, he wasn't as good as he was in his prime, but for a new franchise, he was able to gobble up some innings.

One dupe today to finish it off... 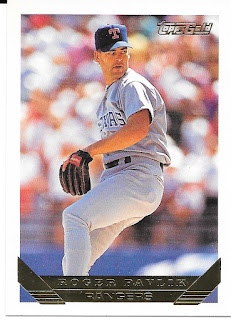 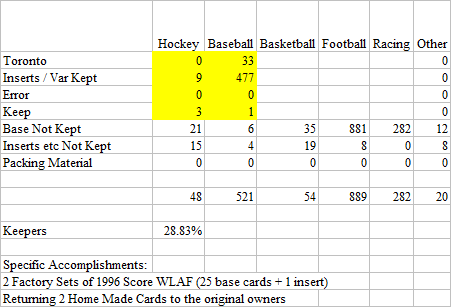