Back to hockey as today, we get to highlight the 1992 set which highlighted the 1976 Canada Cup. Future Trends put out a set about some hockey series that went on in 1972 between Canada and Russia, which you may have heard of, and then followed that set up with this one. They also actually continued the card numbering from that set as well. 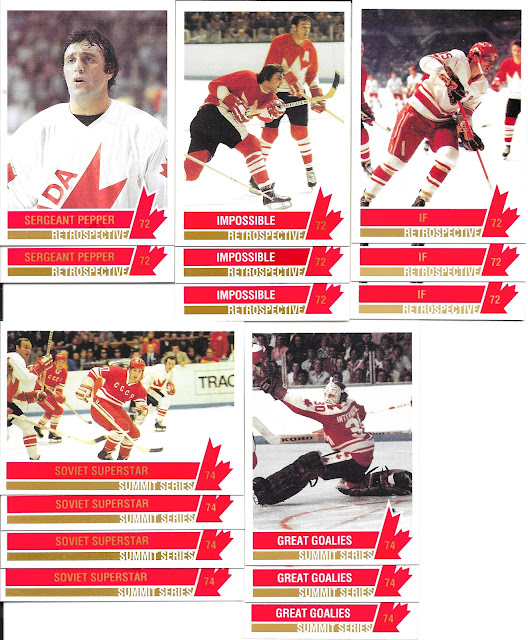 The set has a very Canadian design as you can see with the red and white scheme and Canadian Maple Leaf present on the cards. The set is 100 cards and does a good job of featuring all teams to some degree, with a slight favouring towards the Canadian team, which did end up being the eventual winners of the inaugural tournament. 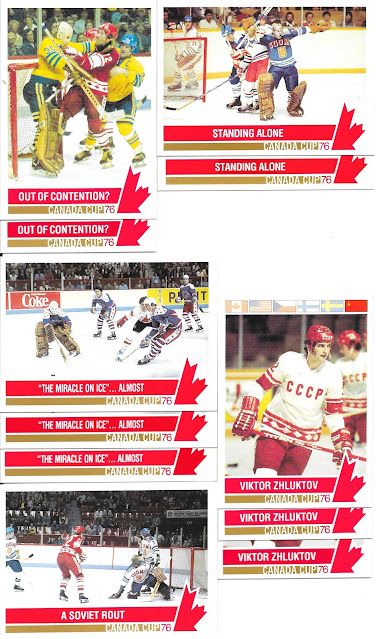 THough the set isn't in the realm of what I collect, it is an interesting look to see now, what the 1976 tournament was viewed as even in 1992. I remember the early 90s as being when international hockey for Canada really ramped up too with all the junior team wins through the decade, so the history was important at the not so junior level as well. 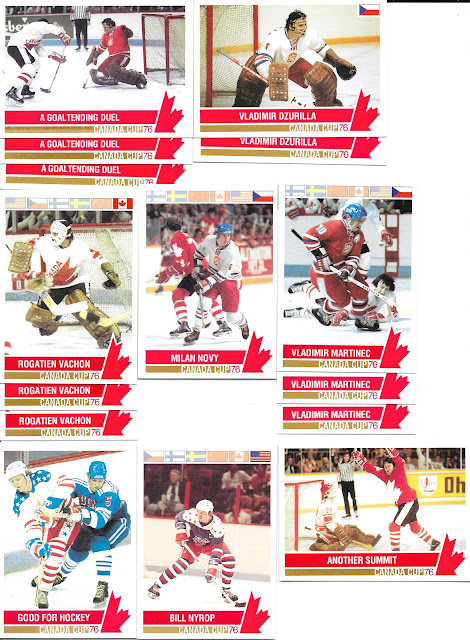 I appreciate the flag designs for showing the teams, and though the jerseys are definitely dated, some weren't too bad. The teams themselves were an interesting mesh of star players from the NHL in some cases (or heavy from other leagues when looking at some of the European teams). 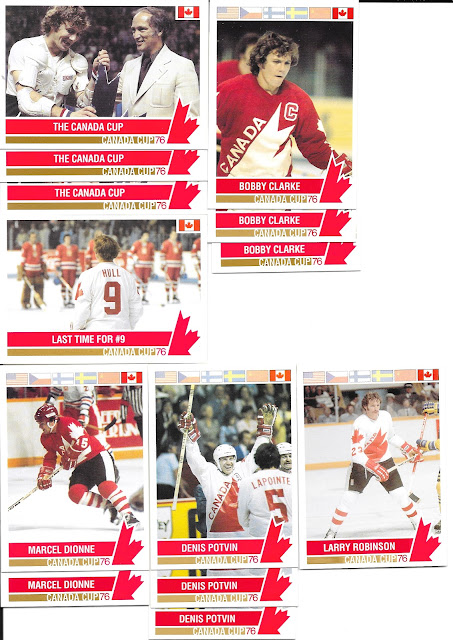 As for the cards here, it is similar to yesterday - plenty of dupes for some cards, but a number of cards missing from the site - likely plucked out before the cards came to me. 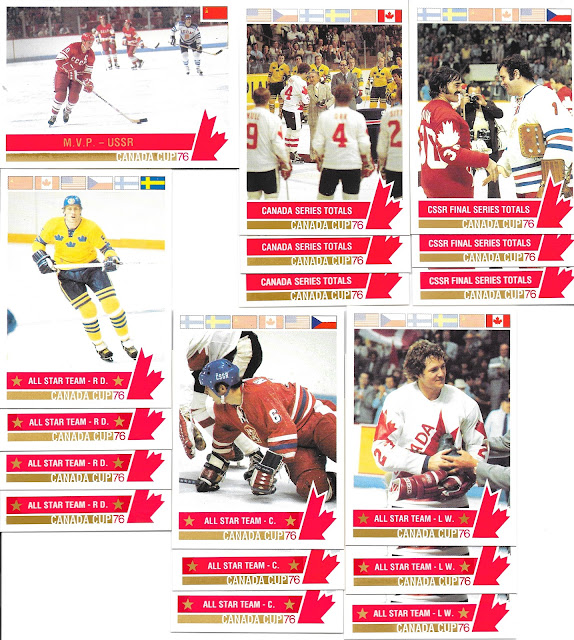 AN interesting tournament, first of it's kind, but shows that it was an important tournament, even in 1992. I will say, '72 definitely sticks out more today than '76, but it was still a valuable time for hockey, especially in Canada. 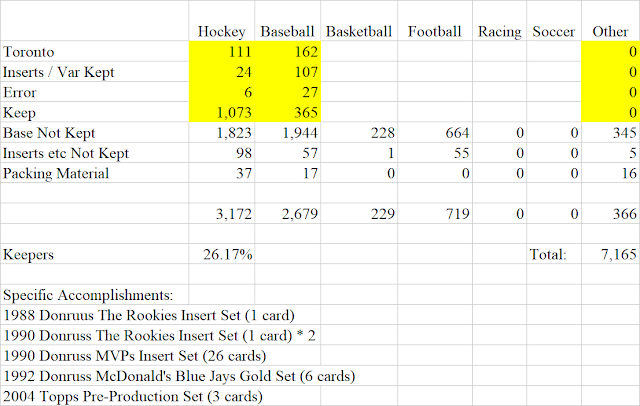