An Ultra Mega Package From Oren

So I was planning to get back to the COVID lot as this has been a longer break than I planned, except I now have a blind type trade to share as Oren sent a package of cards which will take a few days to get through. Oren is someone I met from having this blog as he reached out after coming across and reading the blog. It's cards like those today tat are a direct result of my having the blog, which I think is pretty darn cool!

Anyway, this exchange of cards is a trade, but he just sent stuff, I pulled a bunch of basketball and sent those back his way, so all good there, just wasn't a true trade as in the TCDB sense of listing them all out on both sides, etc. 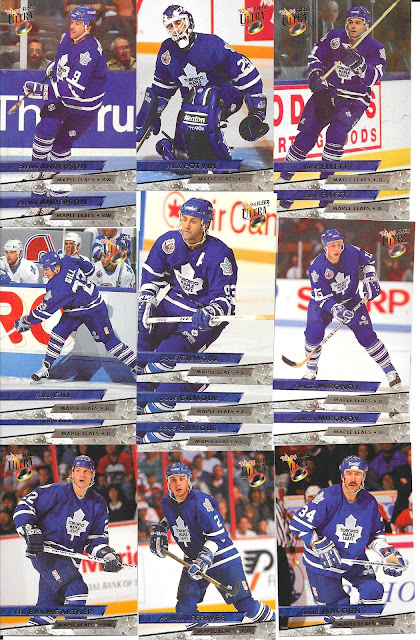 Always good to start with some hockey, and here we have a bunch of 1993-94 Ultra cards. Oren (hi Oren! I assume you are out there reading :)) knows I am more than happy with dupes for the Toronto Maple Leaf (and Blue Jays) collection, so we get 3 Douggies! 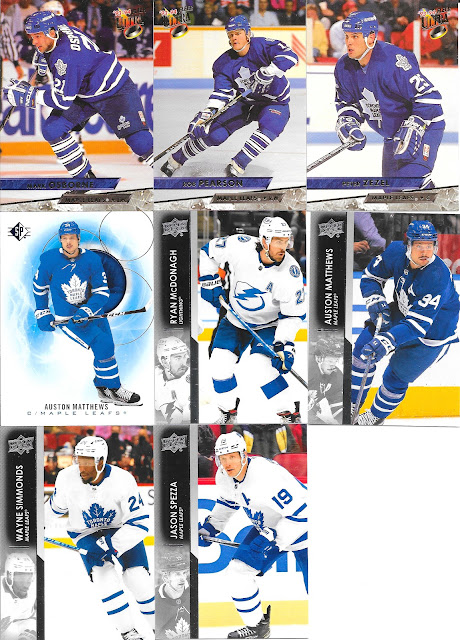 We go from great early 90s cards, to much more recent with a 2020-21 SP Auston and another from 2021-22 Upper Deck Series 2 which reminds me a bit of 1994 Upper Deck which had the squished photo along the name strip on the side, though this set is done better with it just being a zoomed in shot.
I think Ryan in the centre there got lost along the way. All his blue and white garb, he does kind of look like a Leaf. 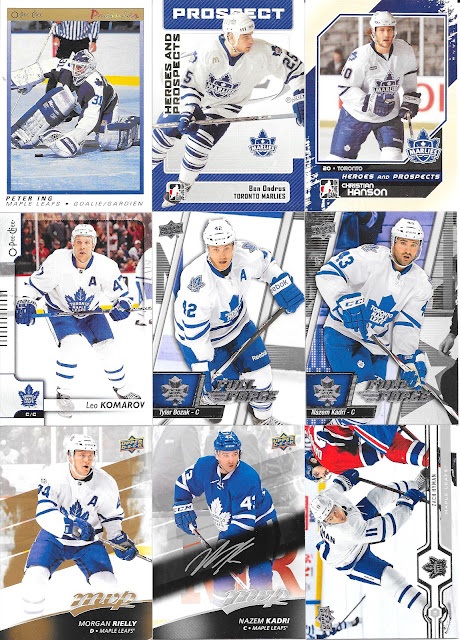 The package came in a few team bags and this started the second. Full Force is not a set I would have ever received any cards from if it wasn't for trading, so great getting the couple more as I generally like the deisgn. Also similar for MVP - though it being a cheap one, I do have a few packs I have picked up over time. THe designs are fairly nice though, and the silver script is a nice enough parallel set. 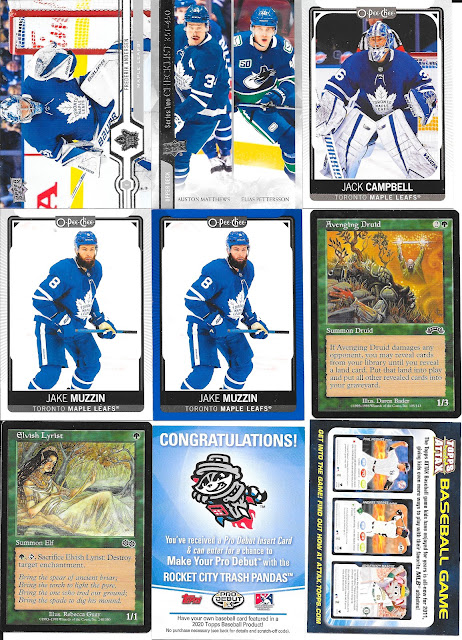 I love that we end with a couple Magic cards which was unexpected. They may not be keepers as they are not artifact cards, but they are from the end point of my playing days in the late 90s - Exodus and Urza's Saga sets to be specific. Had Muzzin doing a double take!

An excellent bunch and much appreciated, though more of them to share tomorrow.