A couple more trades and I think I am mostly caught up on "trades", though I have something else that came in....okay...still a trade, but a blind trade essentially. Well, will talk more about that later, back to today.... 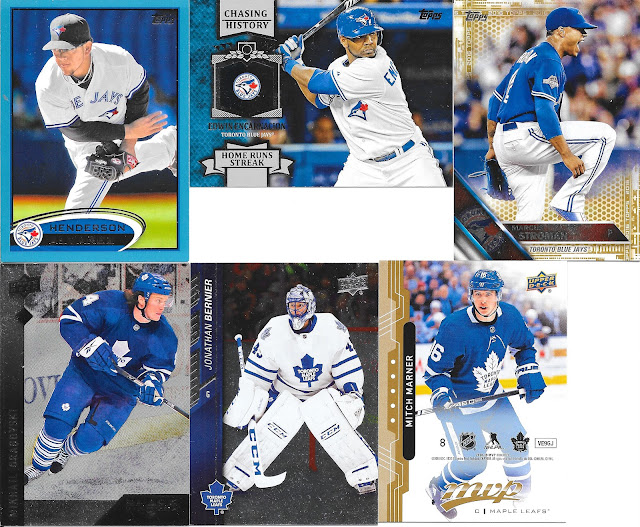 Lots of fun stuff in just 6 cards. The Walmart blue parallel of Alvarez, the only Jays card in the 2013 Topps Update Chasing History insert set, a SN Stroman, and some first for me Leaf cards in a few sets.
I am a sucker for a SN card, so from a card perspective, the Stroman is tough to bean, but I like the CHasing History inserts too....let's be happy to have all of them and check out another PWE... 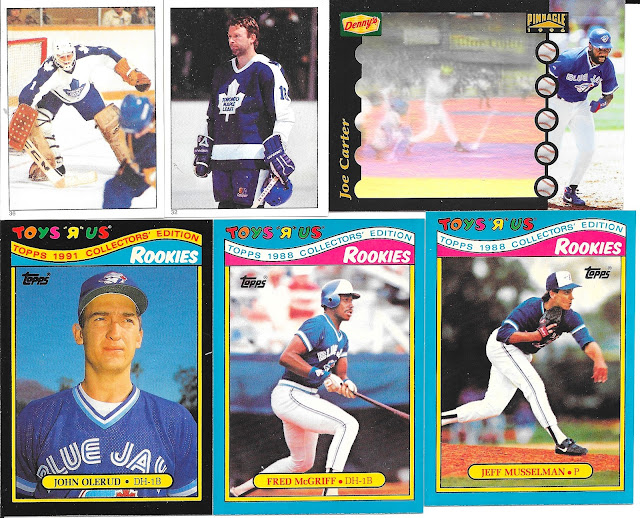 These wonderful cards are from TCDB member armac who had wanted the Miller Light card I shared on the blog not too long ago. More than happy to turn it into these awesome bunch, and the couple Leaf stickers were a surprise add on to boot!

Big thanks, and something that isn't a PWE trade tomorrow!