The big difference is the premium stock essentially look like a rainbow foil type effect for the front versus the "flat" retail cards. The bog difference otherwise is the betting which looks white on the retail base cards, has the colours essentially inverted on the premium as the netting looks black on the design - that looks clear in the cards as you will see below. 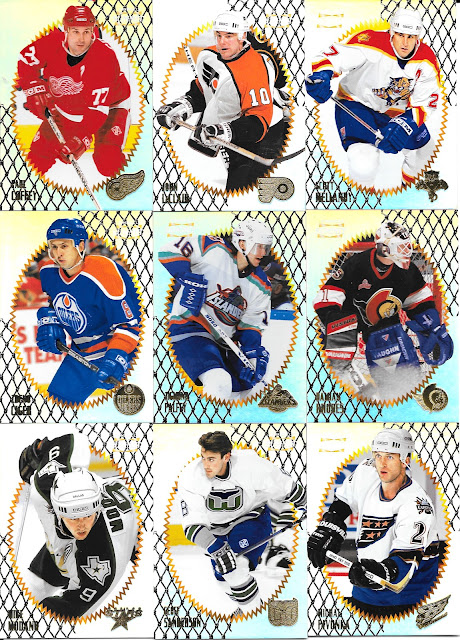 The cards all look the same in hand, but you can see how scanned, the lighting can come across a bit different. In either case though, the netting is very clearly black in look in the corners. Also, the gold foiling which again, the 90s seems to be infatuated with adding foiling in designs as it did look pretty cool and was newer to do. 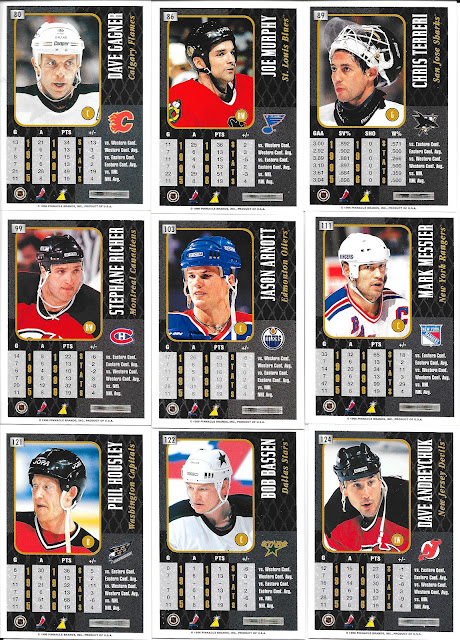 I don't like the backs. I mean, the stats set up, I don't like. I mean, sure, the breakdown is interesting, but you are just getting a single year of states. You don't get a write up, you don't get basic info, it's just a bit busy to show a lot of nothing. THis is why I won't bother really collecting this set beyond the Leafs. 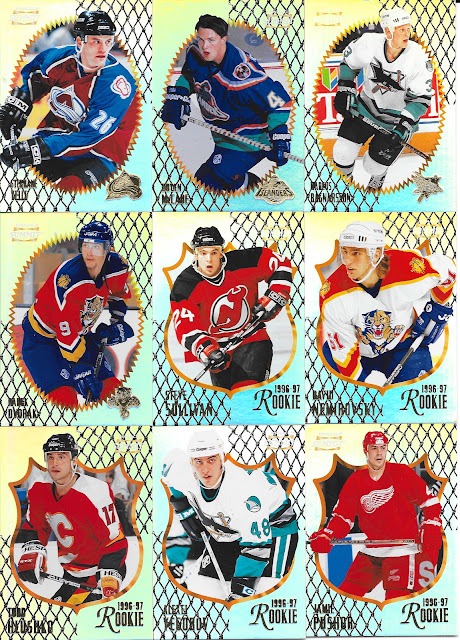 Snazzy fronts, but no party in the back. I have added them all to by TCDB trade list if you have any interest, but none here for me of the 60 or so cards. 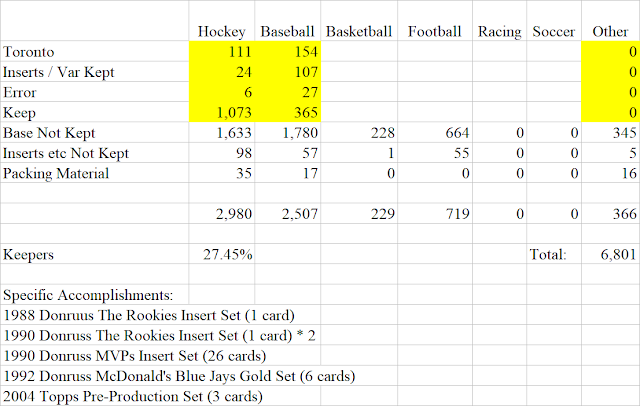