Picking up where I left off yesterday, the Jays portion of the sandyrusty trade now takes us into the early 90s, where plenty of variations are to be found. 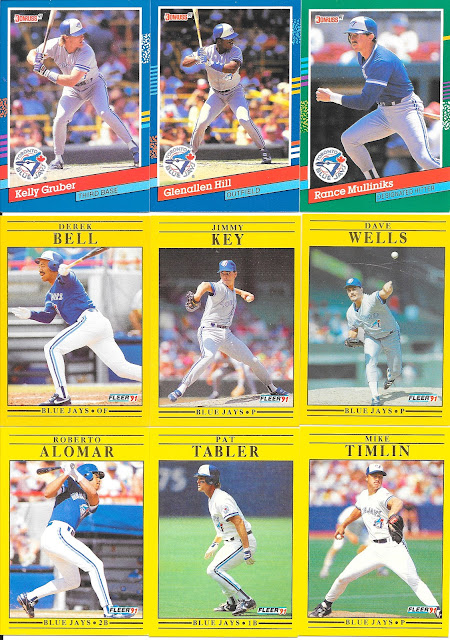 Yes - I am still not done with all of the 1991 Donruss variations, and also have been tracking down the "jumbo" pack variations out of the 1991 Fleer set too. 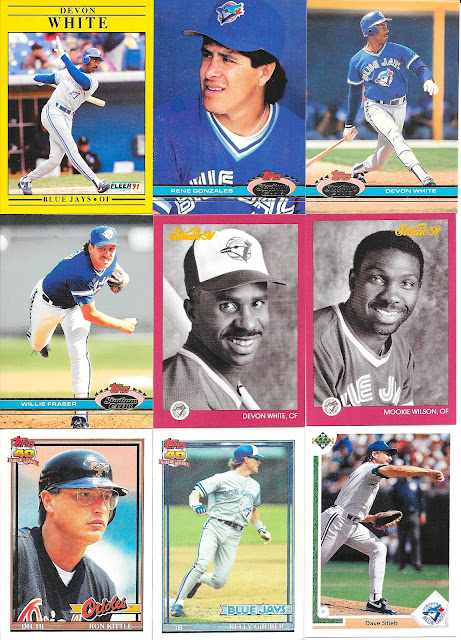 I will always highlight excellent Studio cards, just fabulous shots. I will also say, Kittle is obviously not a Jays card, but he is an error card that I missed when separating things out, so he shows up here too!
The variations continue with the 1991 Topps Gruber being a "dark logo" variation on the back, though he is not a glow back variation. 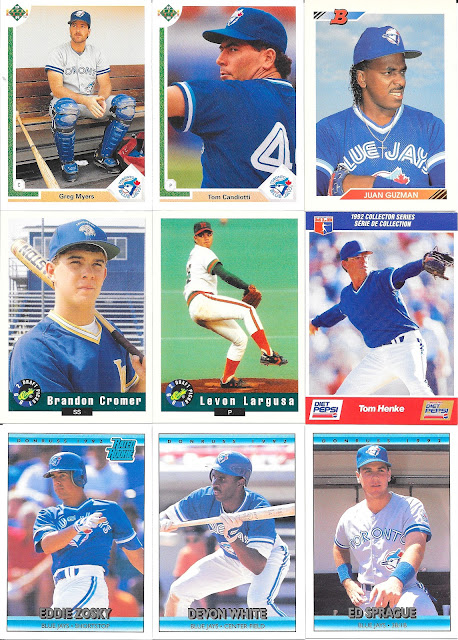 Always liked the 1992 Diet Pepsi set, and now I have all the Jays from it with Henke being the last one I needed.
We also have more 1992 Donruss because apparently there are Inc versus Inc. variations to be had in that set as well. 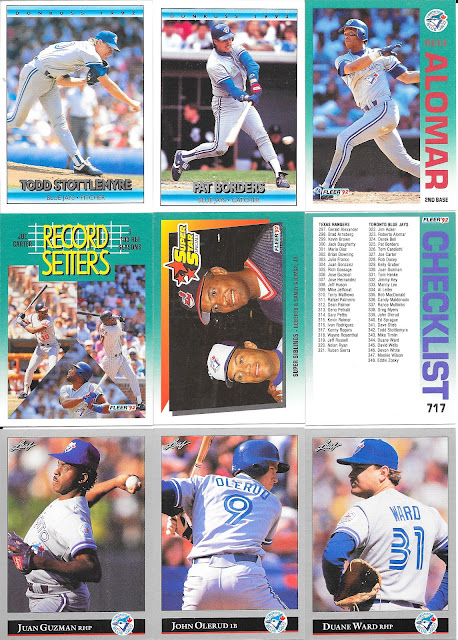 Oh...and this Leaf set here....same issue regarding that pesky period. I swear it's all because some worker just couldn't be bothered placing the period in some prints or factories. 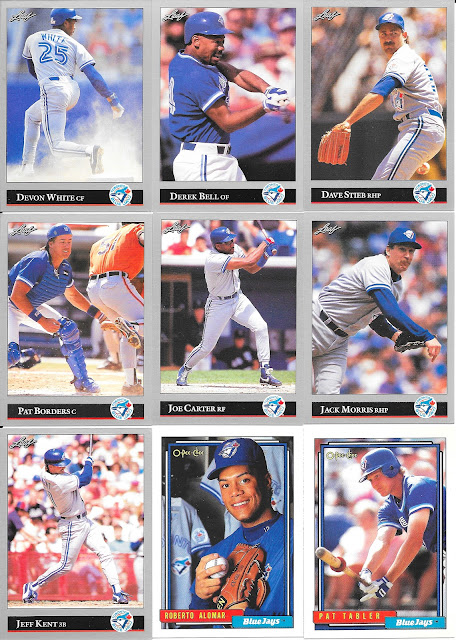 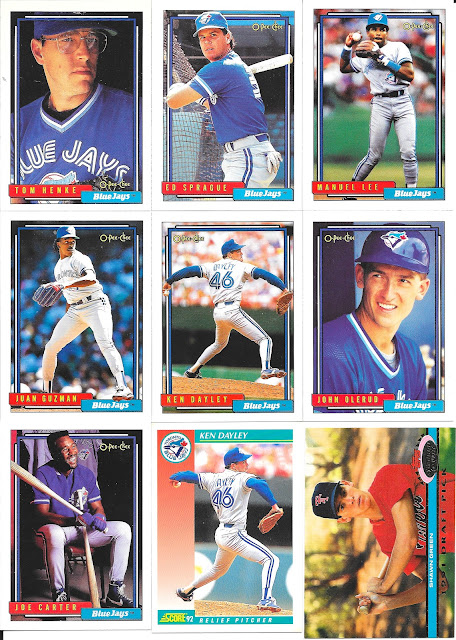 Best of the bunch for team set completion is Ken Dayley who was that last pesky 1992 Score Jay card I needed for the team, so another one knocked off on the team set front. Honestly, going better than I expected on that front as I have knocked off 6-8 team sets so far and will probably end up around a dozen or so when all is said and done!