Just a single trade to share today, but it's a great one. Double B reached out with a trade because this had come into his possession, and happily, he though of me to trade it to. We have a complete 1999 Oh Henry! Toronto Blue Jays team set. 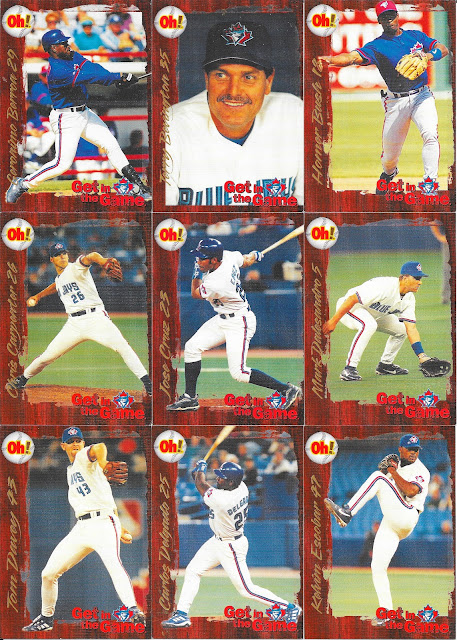 Apparently we are supposed to get in the game - don't worry, I'm there! The design is very 90s in the front, and we get some very recognizable Jays with Carpenter, Delgado and Escobar. 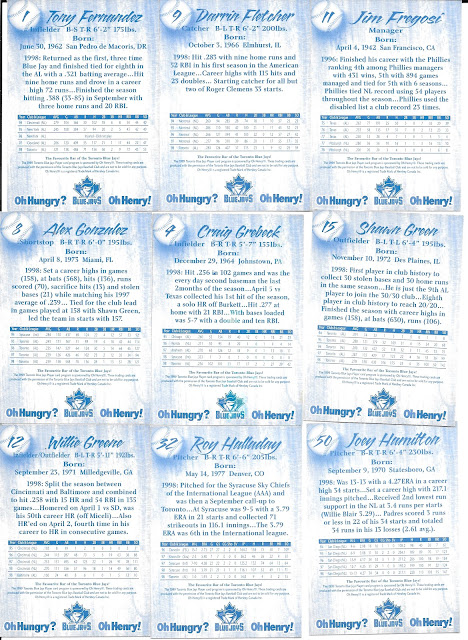 Halladay may be the biggest of the bunch, and as you can see - the backs do a decent job of putting in a lot of info, so although not in full colour, and not having added photos - I like them for the amount they could cram in. 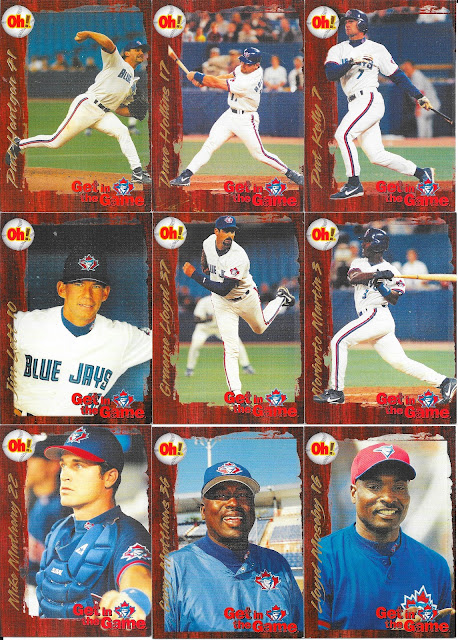 Also love from these team sets, that you get to see some players which have moved from playing days to behind the bench positions - Lloyd being a perfect example here. 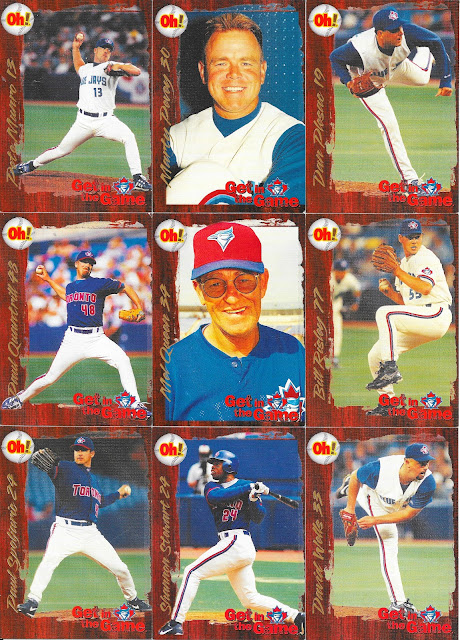 More great Jays to the end with Wells - too bad his best personal highlight - his perfect game - came during his time in New York instead of with Toronto.

Again, huge thank you to Double B from TCDB for initiating and getting me this great team set, really appreciate it!