I mdoney A Couple More

Well, Jays are down a game and having to win two straight so this will be a tough one to come back from against Seattle, but we will have to see what happens...

As for today, another day, another trade to recap - should have a few smaller ones tomorrow as I get close to catching up. Today's trade is courtesy of mdoney at TCDB - another first time trade partner as the site continues to seem to show a burst of new members showing up. 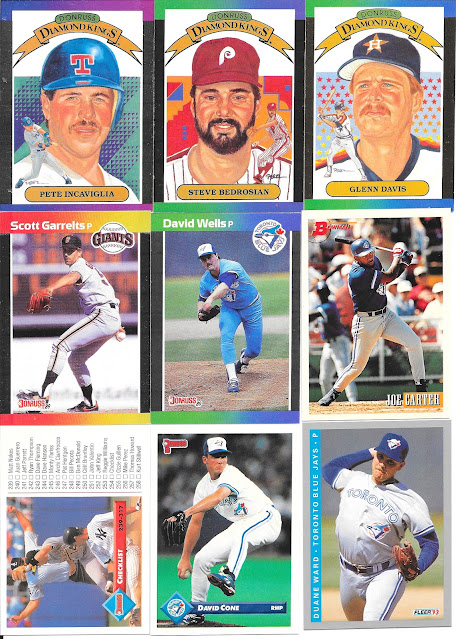 We get some 1989 DOnruss dupe Kings so I can have a Donruss Diamond Kings set in addition to the work on the full set completion. The 1993 Donruss Cone is a winner though for me as it's the last from that set for the team set...though I am also working slowly on that complete set as well, so dupes there are also welcome (as are any Jays dupes really). 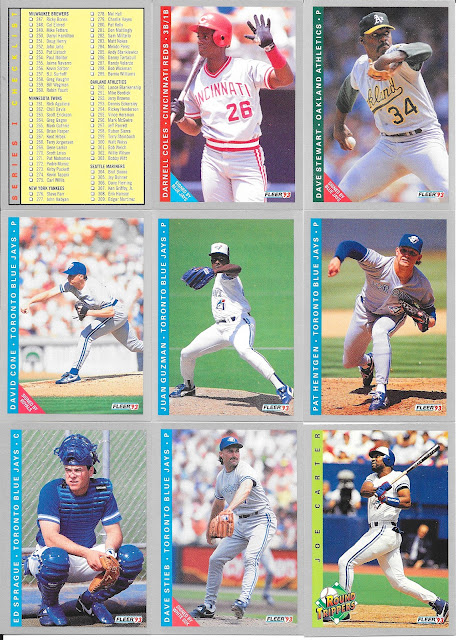 We also knock off many of the Jays from the Fleer set here, including the pesky "traded/signed" corner tag cards. 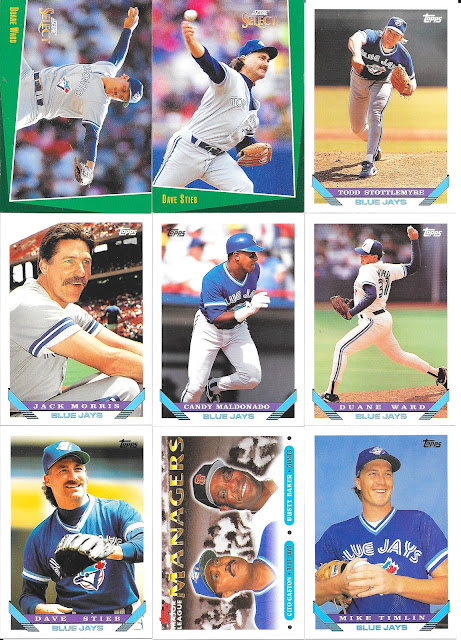 1993 Topps dupe Jays a plenty, another set I am slowly collecting, so needing at least a couple of all Jays cards for the team set as well. 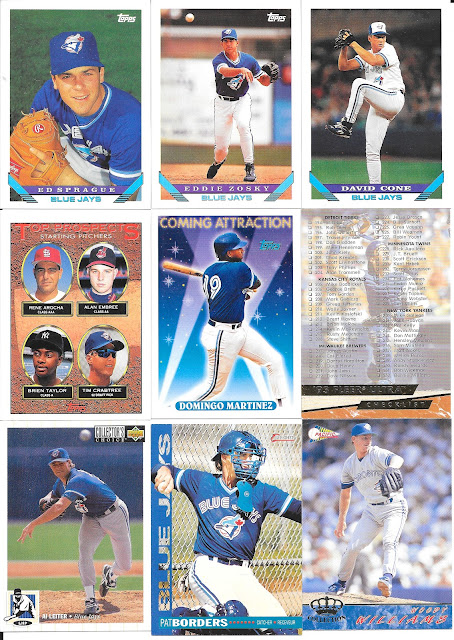 1994 O Pee Chee Jays team set is complete with this nice Pat Borders card. A good pose, even if not in the game. 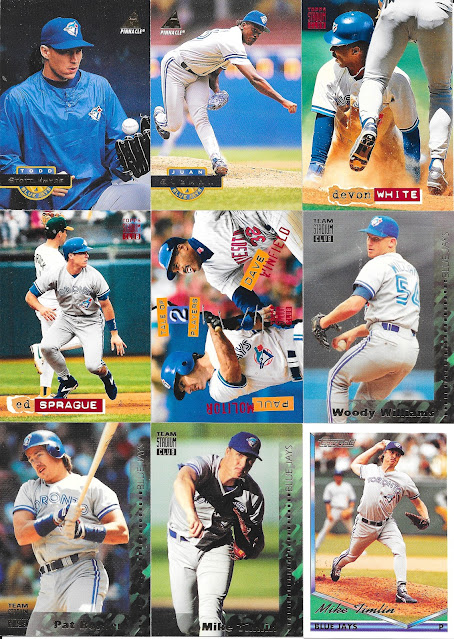 As always nice to get - first cards from sets too as we get three cards from the 1994 Stadium Club Team set. Still 27 Jays cards to go, but here's my first three. A decent enough design for the time, though not so "Stadium Club" ish - though the main set that year wasn't either as it was taken over a bit by 90s flashy looks. 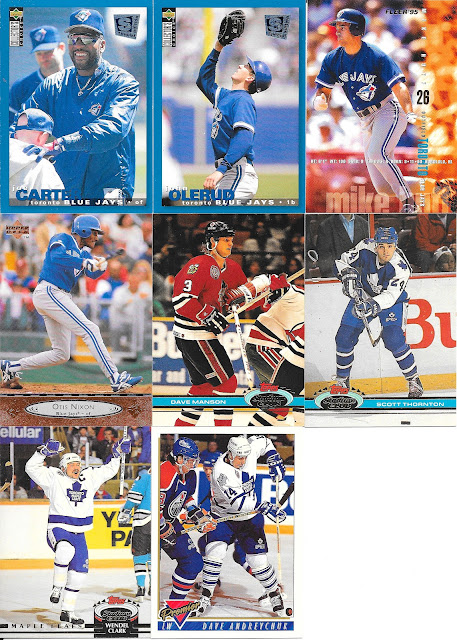 We end with a few hockey cards, including some Stadium Club set help. A very wide variety of cards here, which is always nice, but also shows a bit of my lack of specific focus. Honestly though, if someone is willing to put up a trade, I don't usually change it much as I am just happy to get rid of cards for ones I need.