Continuing To Give Thanks

Another day, still a couple more trades to share with you, and the first with a first time trade partner who simply goes by the name M_ 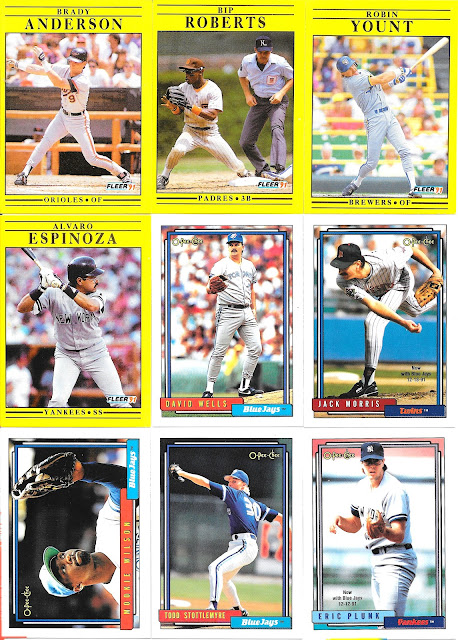 As I have the 1991 Fleer "regular" set, I do count the variations on the base set along the line of well - something, not really inserts/parallels but kind of like errors or variations. I stick them with my error card collection as I do wonder if the two variations were really done on purpose or not, but either way, I'd collect them.
I should have more 1992 O Pee Chee cards being in Canada, but it never worked out that way, so now I import them on trades like this to try and get my Jays team set! 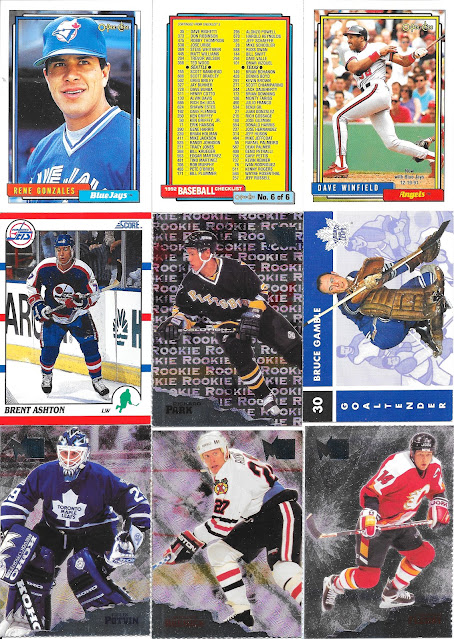 The Metal cards here are actually the 4 cards from the promo, which includes one Leaf, which is why I wanted it, but has been separated. Still keeping all of it, but would have been nice if they were all still together - though that would be much harder to ship.
Second up, we have a trade with a regular trade partner - Tdorsay who is a fellow Ontarian sent along a bunch of nice cards... 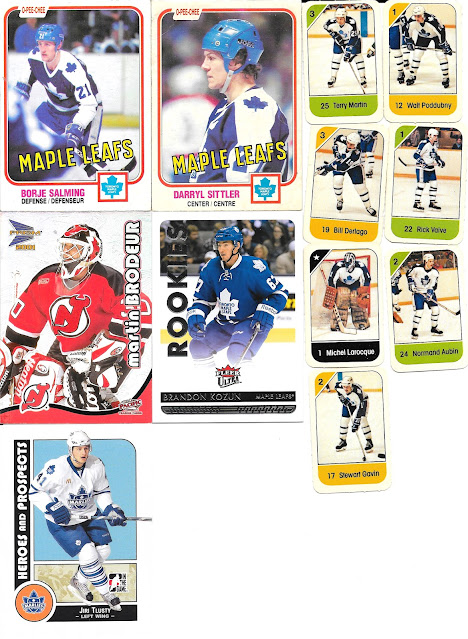 Jiri was a bonus thrown in, which was cool, but the big ones here are the older Leaf cards as I don't get to trade for 1982-83 Post small cards everyday, or get 1981-82 O Pee Chee cards I need either.
Brodeur may stand out a bit here, but that leaves me just needing Jeff Hackett from the set to complete the 36 card 2000-01 McDonalds set.
Plenty to give thanks for with great trades like this.
Posted by CrazieJoe at 8:00 AM