Today's PWE trade was another with Eriqulous, and included a couple cards I shouldn't have traded for, but was totally my fault. 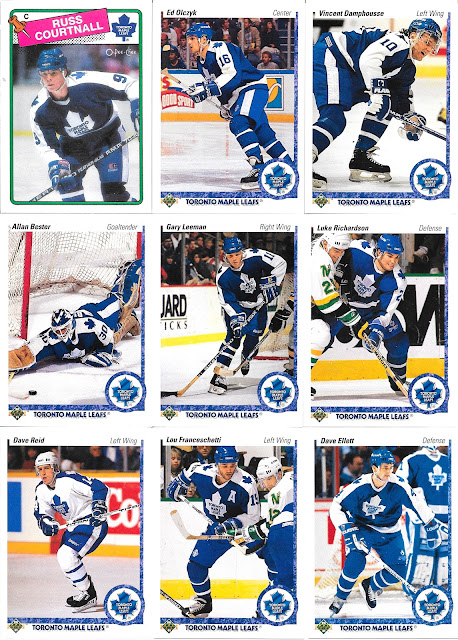 Lots of good in the trade though as a bunch of different hologram variation cards I needed from the early 90s, and anything pre-1990 is a nice pick up like Russ here. 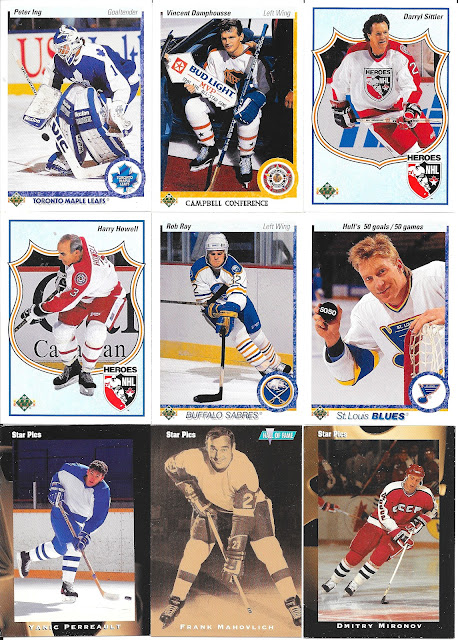 I am still working on the 1990-91 Upper Deck set - without caring of the variations, so nice to pick up a few more cards here, but I didn't need Mahoblich. When I added all my Leaf wants (and Jays) on TCDB, I based it on the team assigned list. At the time, the card was associated with Toronto, and totally on me for not checking when the offer came across, so no worries, but it really is a Detroit card so...off to someone else it will go. 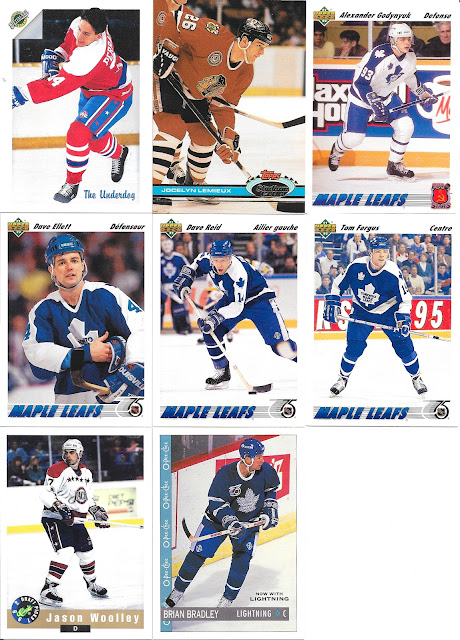 We finish with another - Woolley, being the same issue, but at least I did get a couple team sets done with the 3 Leaf cards from the Star Pics set, and 6 Leafs from the Ultimate Draft set. Neither are very high on my personal enjoyment list as sets, but happy for the completion regardless!