I figure the first items to go through out of the big box from sandyrusty (well, after the nice surprise team set) would be the set helpers. A bunch of help, so I wanted to highlight how much. 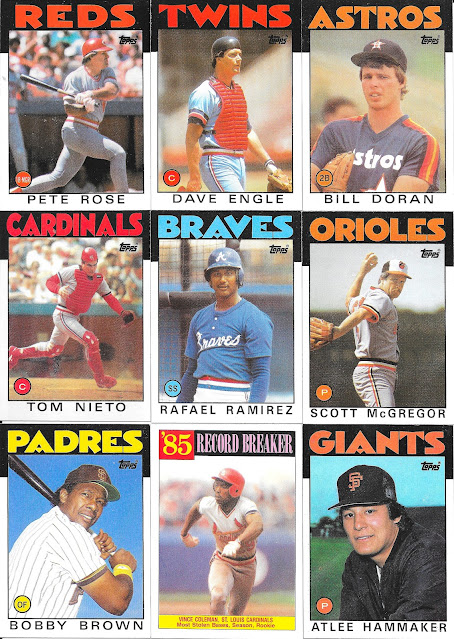 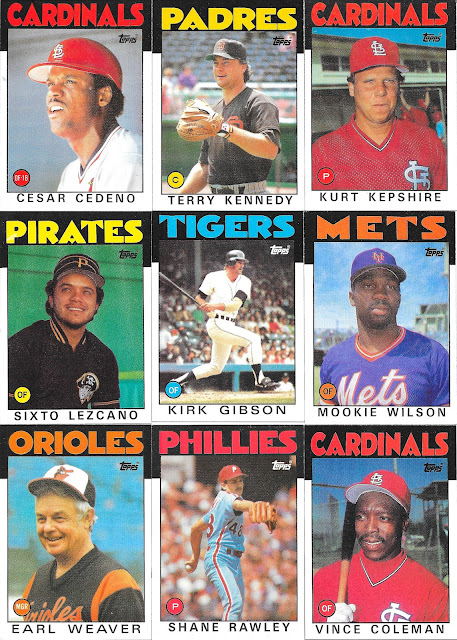 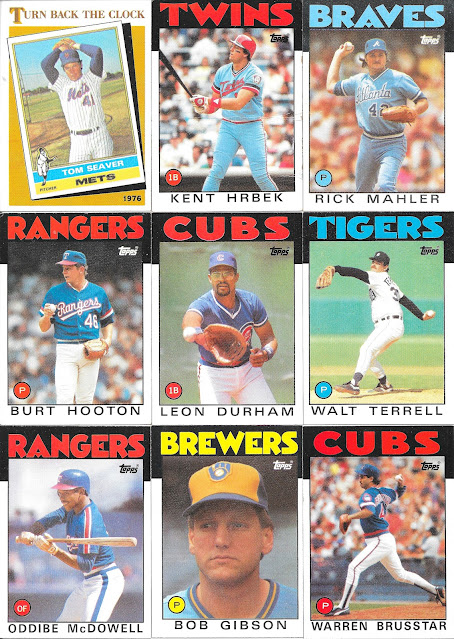 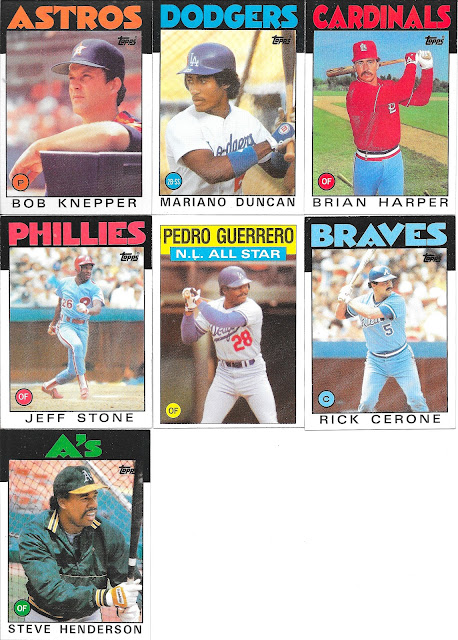 It is a set that has grown on me a lot, which is why I started to collect it together in the first place last time a bunch came into my possession. With the additions above, I am not down to just 3 base cards left to complete the set and have added those to my "most wanted" page. I already have dupes of all the Jays, so have my complete team set as well, so all great there. I think I may be missing an error card or two for that collection, but not a big stresser on that one. 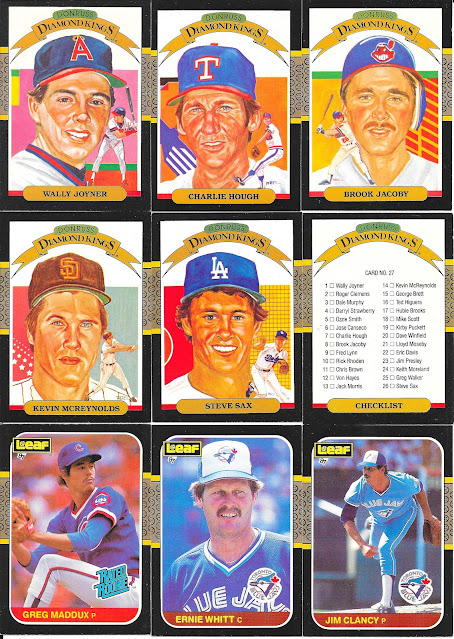 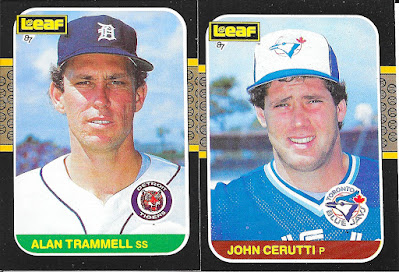 1987 Leaf - a lot closer on, well, everything. I need a couple copies of the Ozzie Smith Donruss King card and a Jay or two, and then I will have my full set, by Donruss King set and Jays team set - awesome great help all around though, with a simple 11 cards. 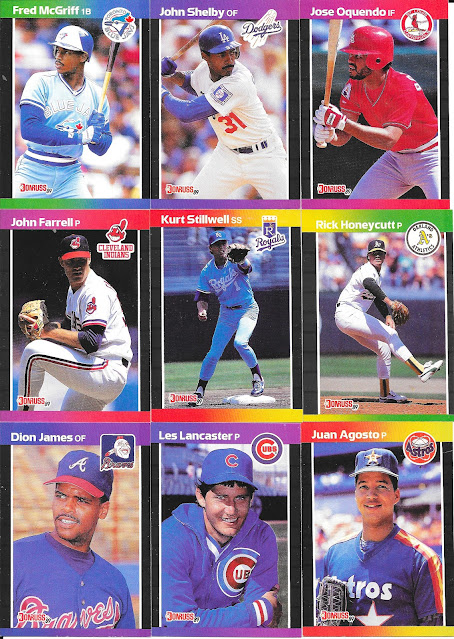 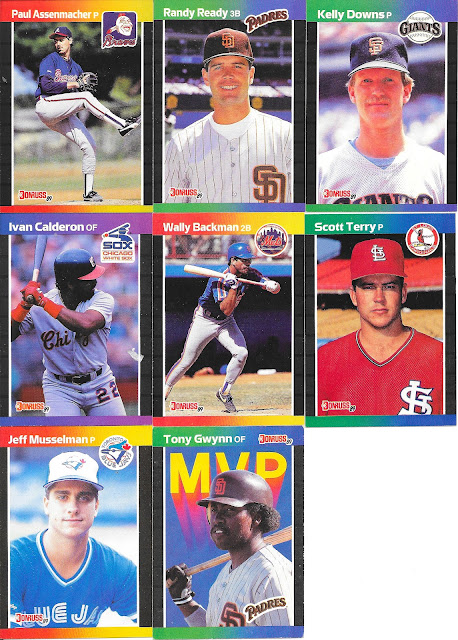 Oh, the joys of variations and the 1989 Donruss set.
I will start by saying, this did complete the 26 card insert MVP set. Okay, there are variations still, but I have one of each so, as much as I will keep one of each variation, I am considering this insert set done.
As for the main set itself, I am down to just two cards - one of any given card, I am not collecting 4 variations of each card (except the Jays of course), and one of those two would be the Griffey rookie of course. 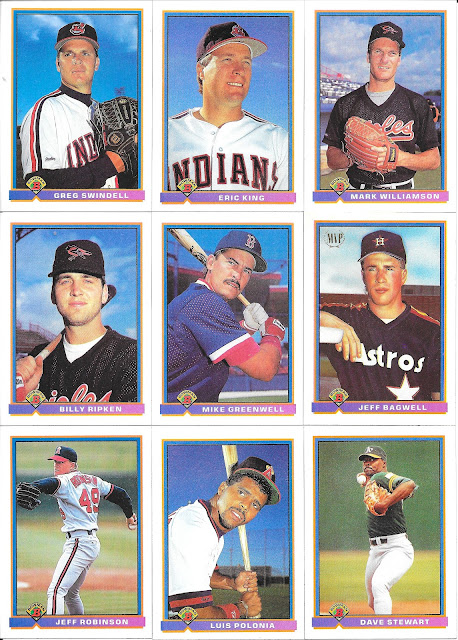 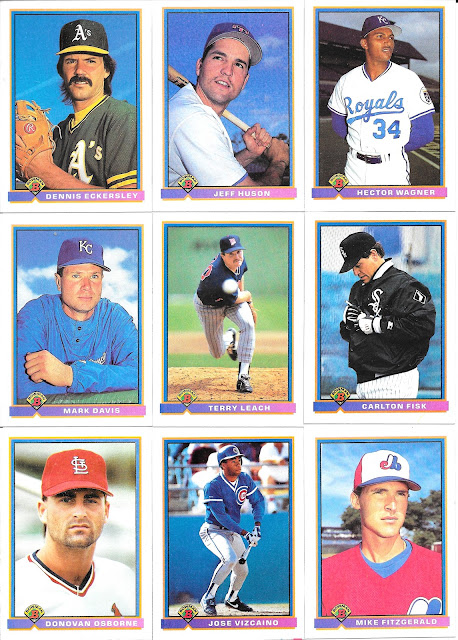 Yes, I am still trying to finish 1991 Bowman, and am now down to just a handful of cards which have also been added to my most wanted page. Getting very close, and should be able to know it out soon. 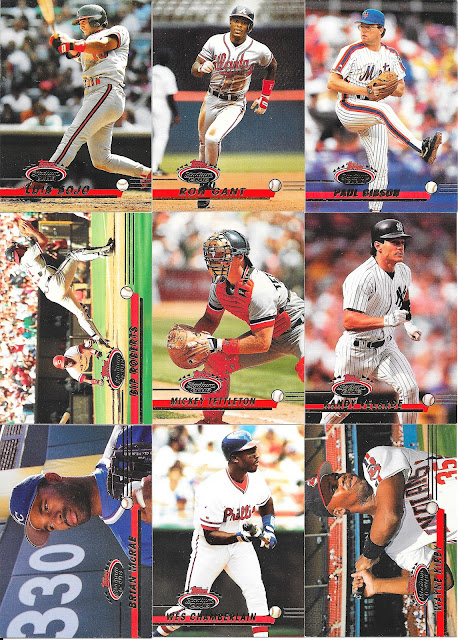 We have just a few 1993 Stadium CLub cards. I don't have much, though have a decent start now with about 80 cards from the set, and the bit I already had. Didn't bother scanning all here, but wanted to mention the great addition. Still a while to go before I really work on this one as I do have many others ahead in line to finish, but I do really like the look of the set. 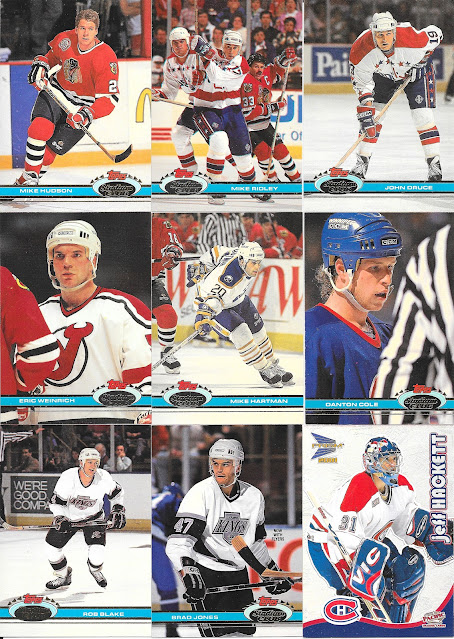 A couple hockey sets too - down to just a few for 1991-92 Stadium Club, and finished off 2000-01 McDonalds finally with that Hackett card - yay! One of the many McDonalds sets I enjoy.

Wow - lots of great set help, and that doesn't even get into the Toronto content, which we can start in on tomorrow!