I am not going to even mention the disastrous choke by a certain Toronto baseball team yesterday. I mean, yikes....too painful ..must calm the nerves and soothe the pain.

Today, we get three PWE trades for the price of, well three, but I am sharing them all today as each is fairly small. I generally, would rather fill an envelope when doing a PWE trade with at least 6-10 cards, but sometimes, it just doesn't work out that way. Anyway, let's take a look at these small but good trades.

First up, another trade with 49ants who I have a number of trades with over the past few years, though usually fairly small as they have a massive collection, and there isn't usually much I have on their needs. 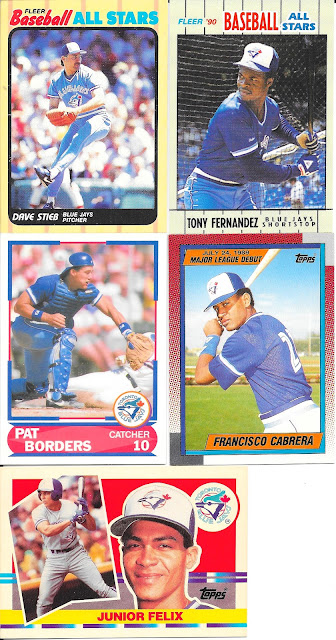 I always like getting the slightly unusual sets - not like way out there - but the Fleer All Star sets are nice, and Tony is my one of one Blue Jay from the set for 1990 - so team set done. Also - would like to point out, man, Junior looks a bit off white. Card doesn't smell but looks like a bit of smoke discolouration or something. Still - all good to have him "home"
Next up is nkandy11 with a small PWE of two... 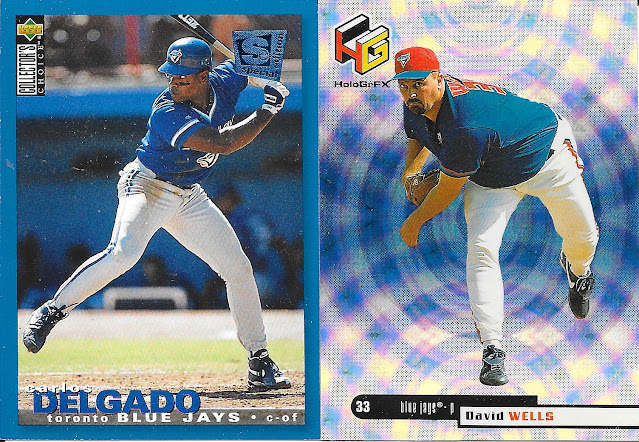 I have received a few of those SE cards recently, and the blue border does make the Jays look super snazzy. I actually have 8 of the 10 Jays..so almost there.
As for Wells - definitely a trippy 1990s design, could do with him not floating in the vortex, but all good.
May only be 2 cards, but a swell trade, just like... 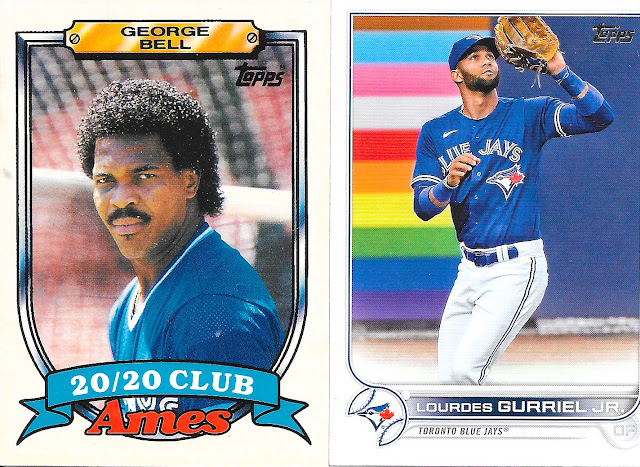 We end with two cards from TCDB member kleskomaniac which come from many years apart. 1989 Ames 20/20 has a nice Bell, and a slightly more recent, and slightly more run of the mill 2022 base Gurriel Jr.