It has been a while since I've opened some Magic packs, so with today's Set Booster, and the Draft Boosters for the next few days, Dominaria United will be the first set in a while that I have opened so many packs from. here are a couple cards which are a few bucks, that I would collect that ideally will come up, but let's see how we do in general. 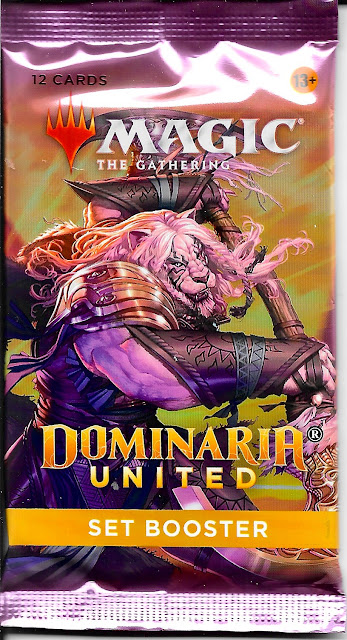 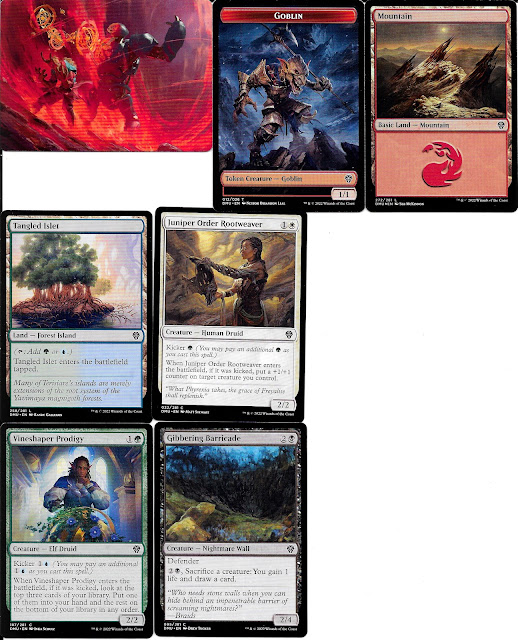 The packs contain an "art card" - which is generally pointless and not really collectible until they get artists to actually hand sign some of them. A token and a land, then into the commons.
The tapped lands which can produce one of two different mana colours are...meh....and the kicker ability is one I never overly liked - just decide to make the card cost more to cast and include the kicker ability, or done. 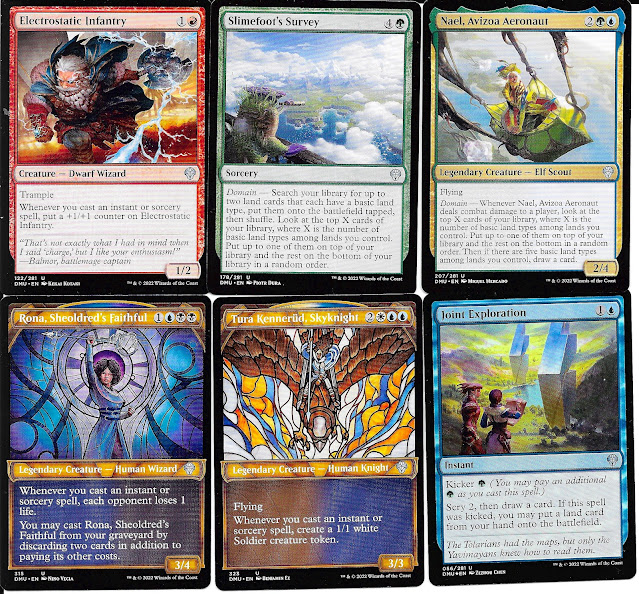 The set boosters come with less cards, but more uncommons here. Multucolour card borders have gone from a gold border in the old days to mixed colour type border, back to gold in these versions. 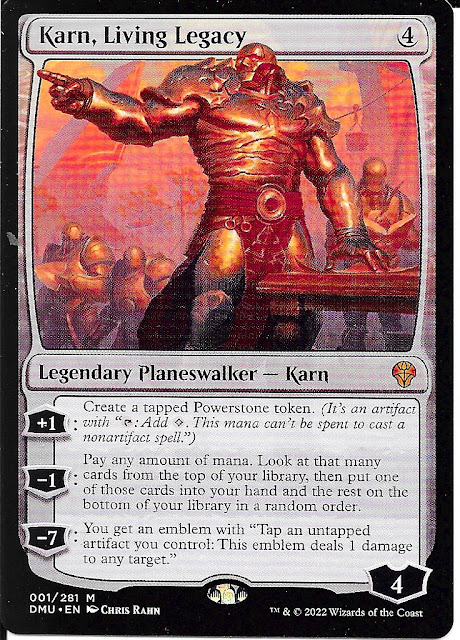 Well, that's a win. We get a mythic, and it's an artifact card, and it's a decent current price (running $6 - $10 CDN). Would have been even better if foil or extended art, but I am not complaining.
That's about as good a start as I can hope for - now we can see if the draft boosters keep up the pace or fall a bit flat.
Posted by CrazieJoe at 8:00 AM