I don't collect football, as you likely know by now, so may not be a surprise, but I didn't know about this set until seeing these cards. I am just showing some highlights, but all in, about 328 cards from the base set and insert/checklists, so a near complete set, which is pretty cool since all of the cards are serial numbered. 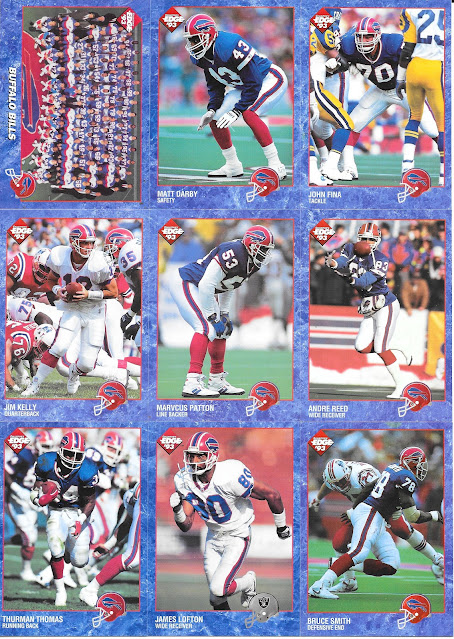 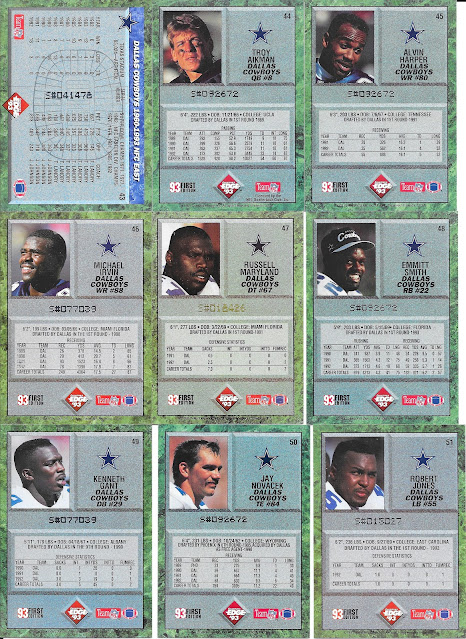 As you can see, the serial number is slapped across the middle of the back of the cards. At least they made space for it, but does take out a bit of the real estate. Also as you can see, some of them have the same serial number. Makes me wonder if it was almost a complete set, and then someone tried to complete it, or how this was put together, but it is what it is and about 3 cards missing from the base set. 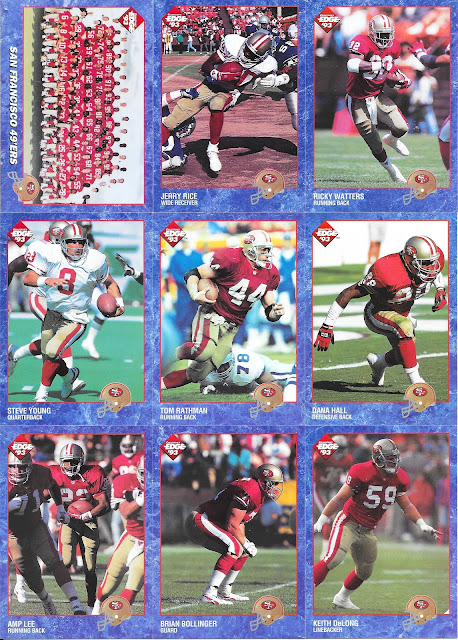 One of my other favourite teams of the time - behind Buffalo - the 49ers. You have Rice and Young here, and all the names you would expect. 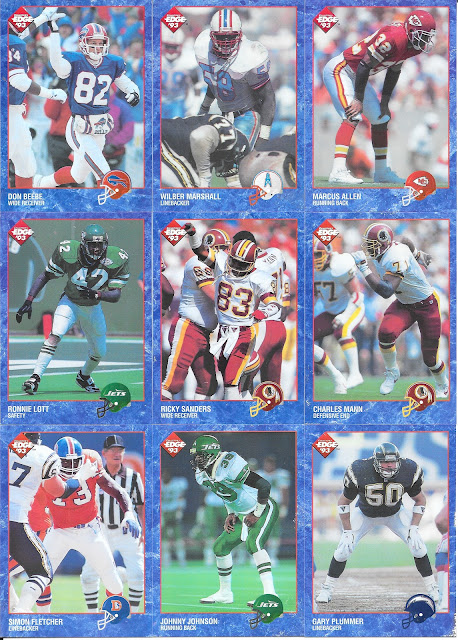 The way the set was done, the base was 250 and a rookie update of 75 cards was tacked on, and here are some of those rookie cards.
There is also a card 326 for the expansion Panthers which apparently had a smaller print run but were not serial numbered. Here we have the Panthers card... 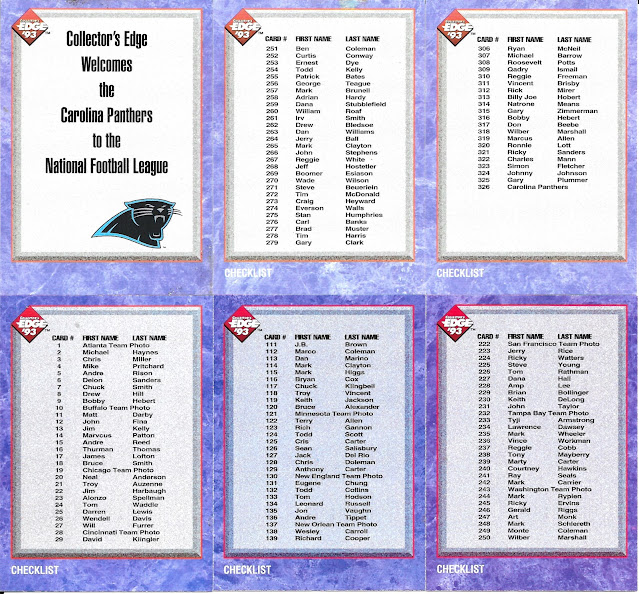 Then we have some of the checklist cards too, and I will consider them inserts since they weren't part of the numbered base set.

Not a bad set, and nice to have most of it, but since it's football, will hopefully be able to find homes to someone looking to build the set (or two, or three, or more people...however many I can help).

All in though, good enough to add this to the accomplishment pile since it's a SN set, even if 100,000, with only 3 missing cards. 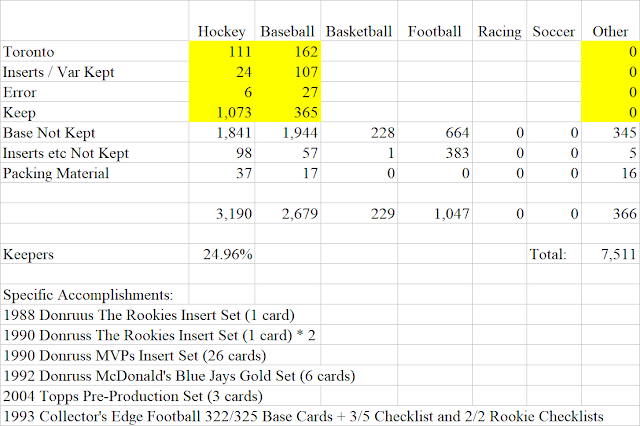 Well, since we were speaking about Edge, we can discuss a major edge - Home Team Advantage. This specifically comes up in a recent PWE trade with first time partner BubbaV304 and a bunch of 2001 Topps cards of the Home Field Advantage variety. 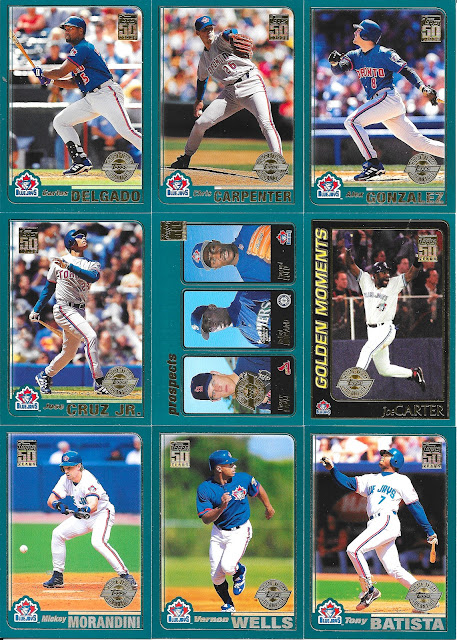 The circular gold foil stamp is what shows these as the Home Team Advantage cards. Well, you know, the foil 50 years of Topps stamp wasn't enough foilage of course. I won't complain about a Joe Carter celebratory World Series home run card tho0ugh. 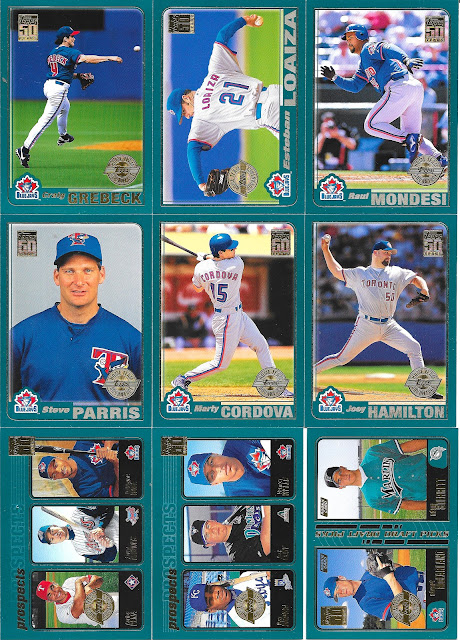 Still a bunch needed for the team set, but this gets me more than half way there!
Posted by CrazieJoe at 8:00 AM