Shaw Racing provides some Classic wrestling cards which were at the end of the 80s, start of the 90s. Yesterday, we got the classic early WWF card sets, today, the cards that were printed in the midst of the junk wax years. THese are not nearly as quality as O Pee CHee / Topps, but collectible nonetheless. 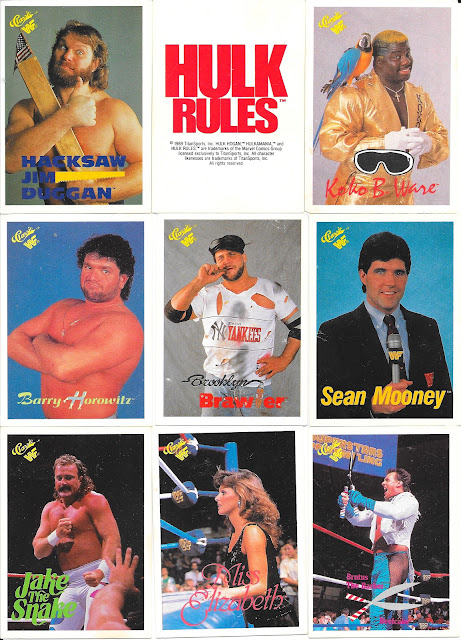 I'll say it  the middle row is your classic jobbers. Barry, and Brawler were great enhancement guys and Sean Mooney - yikes. When it comes to historical announcers I didn't enjoy, he is near the top of the list. He always came off as a bit awkward. Still, miles ahead of Mike Adamle. 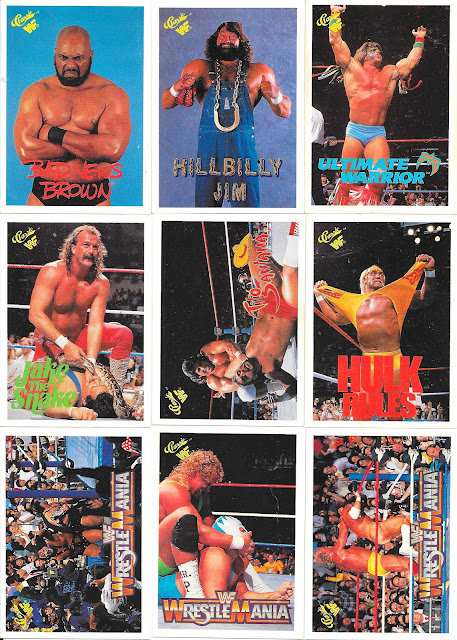 Bad News Brown I will always remember for smashing the battle royal trophy over Bret Hart. Ultimate Warrior was not one I bought into as the next big guy - I was 100% in on Hogan and never wanted him to lose.
Mr. Perfect was a great wrestler and personality, always enjoyed his work and was glad when he came back in the early 2000s for a quick stint. 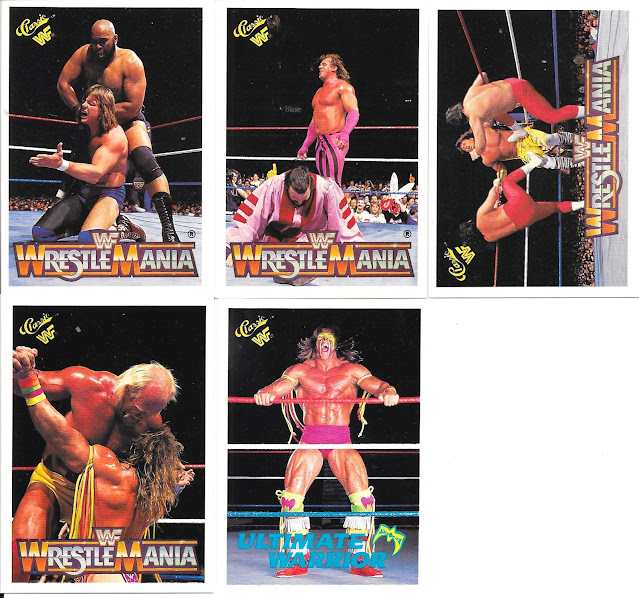 The early days of Wrestlemania and it's hard to believe we are not too far off from almost Wresltemania 40! One of my life dreams is to go front row at a Wrestlemania, but given how much that would cost these days, even if it wasn't having to travel to do it - not sure I'll ever bother with that one.

Tomorrow, we keep moving forward in time with some more wrestling cards from Shaw Racing.....