As we continue to go through the wrestling cards I got in the large trade with Shaw Racing, we skip from the early 90s right to the early 10s. 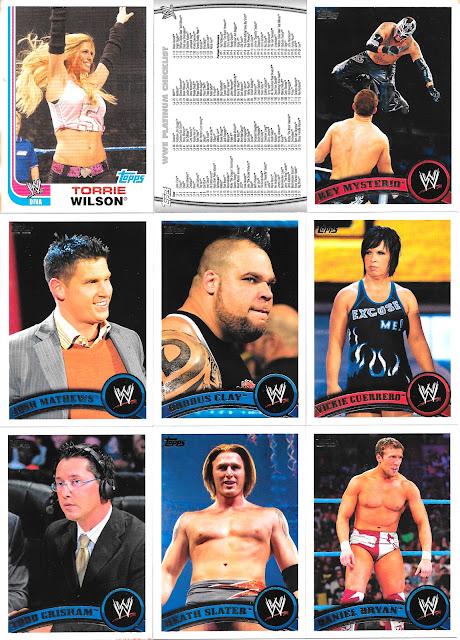 Obviously, Topps is where it's been at for most of the last decade or so, and as much as I have been collecting wrestling cards for the last few years, plenty of simple base cards and sets I need plenty of help on, which is why we have a bunch here.
Sometimes I forget how young a shaved faced Daniel Bryan looks! 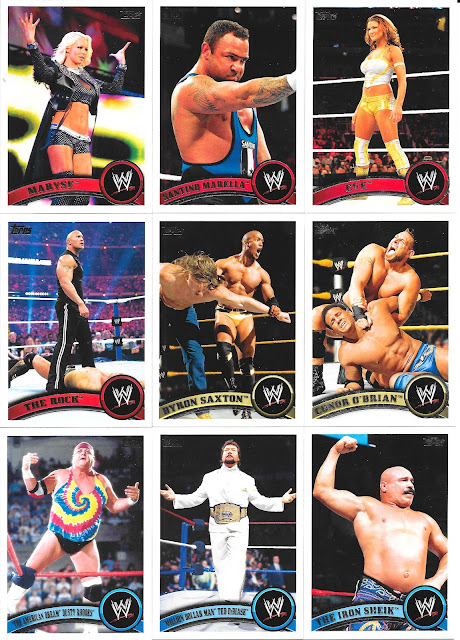 Maryse....I like Miz once he got an attitude with Miz and Morrison in WWE, but then also ending up married to Maryse...wrestling has been good to The Miz. A very different route, Byron Saxton's in ring career didn't go as planning, but he has had a good announcing gig for most of the time since. I am not a huge fan of his announcing work, but he's been fine.
Love Ted DiBiase in the full white get up, but know I have seen that photo on other cards too which always bugs me a bit. I mean, I am sure there are other useful poses that could be used. 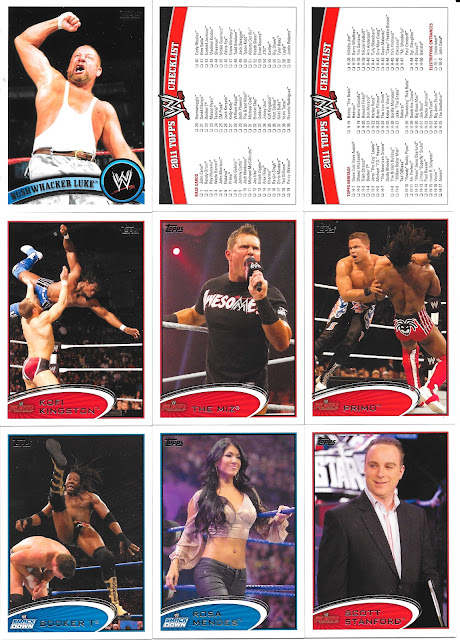 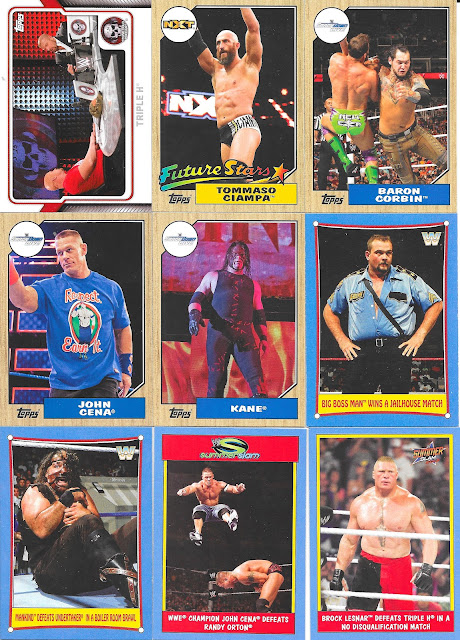 I always laugh when one of the "Future Stars" cards is of someone who has been wrestling on the indys or otherwise for 10+ years before WWE deems them to be a "Future" star.
Nice to get some inserts in the bunch with the blue border cards being "Bizarre" Summerslam moments, or the 30 years of Summerslam insert sets. 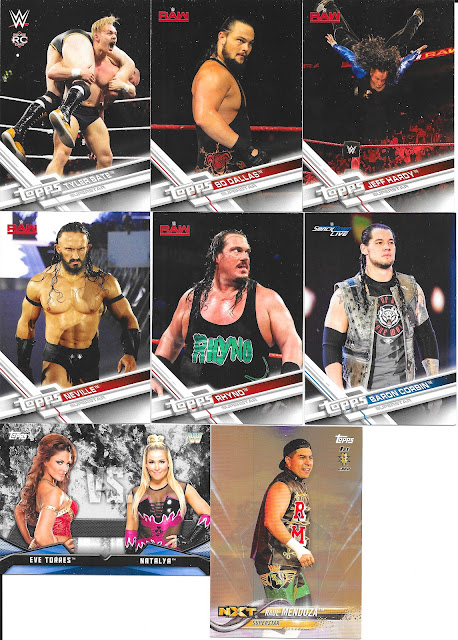 We end today with more Topps base cards, and a nice gold parallel (really like these in the wrestling sets).

Overall, another solid day of wrestling cards, and still a few more to go!