Sandyrusty's trade box included some hockey needs as well, and we will cover those today. 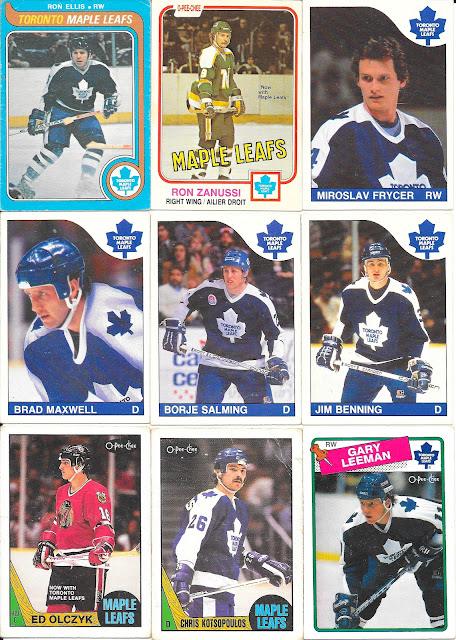 Being born in 1980, I like collecting the Jays because the team essentially began existing when I did. I mean, sure, there will always be cards to expensive for my collection, but essentially, age along will not make cards expensive at this point - early Jays base cards are still cheap, in relative terms.
The Leafs give me a team to collect that has more of a history. I mean, I am not likely to get many cards pre-1970 because I don't spend to do so, but they are there if I want to go after them. In trades, I usually don't get anything much before 1980 in either sport, just because I don't have much of that age in card to trade with, but we do get to touch the 70s in this trade. 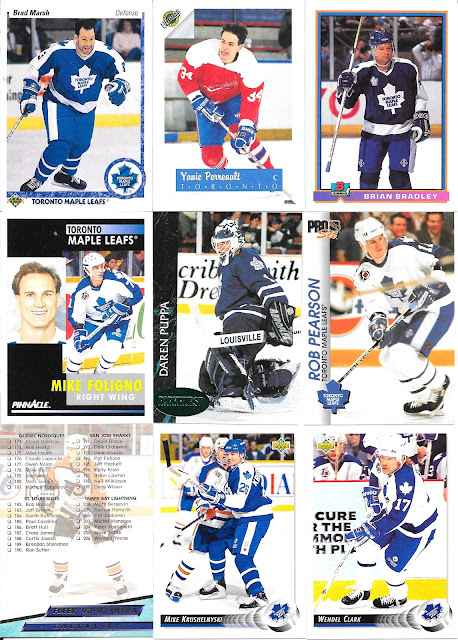 Then we get into the 90s, which are more up my collecting alley - I love the players a bit more due to the personal connection versus just the history of the 70s and earlier. 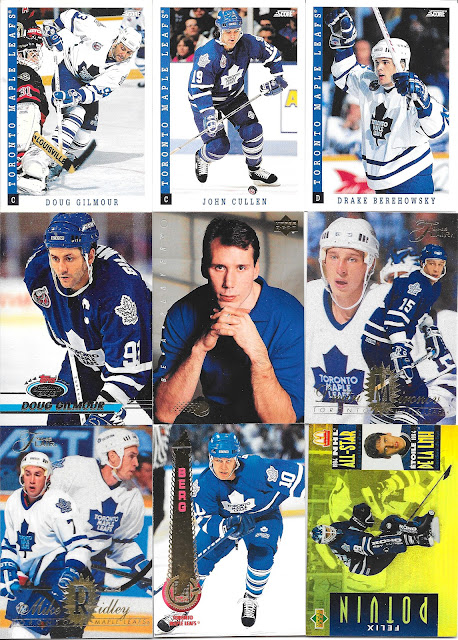 Gilmour and Andreychuk side by side is great - a good duo for the team. Add Potvin in net, and in McD colours, and it's that much better! 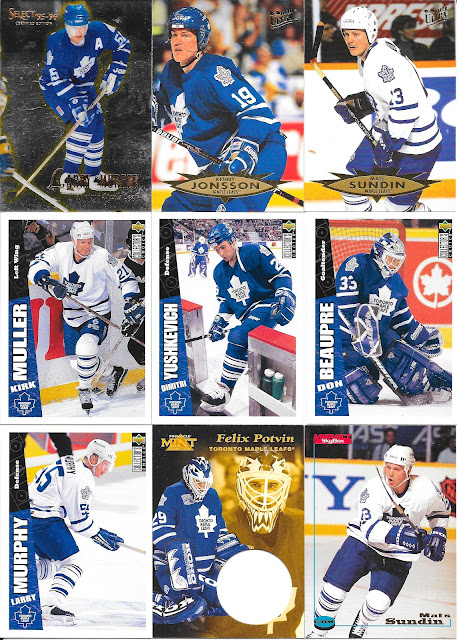 Not sure why I didn't have any, or maybe one of the Collector's Choice cards from the mid-90s here, but add some, and a Potvin Pinnacle Mint card (no coin). 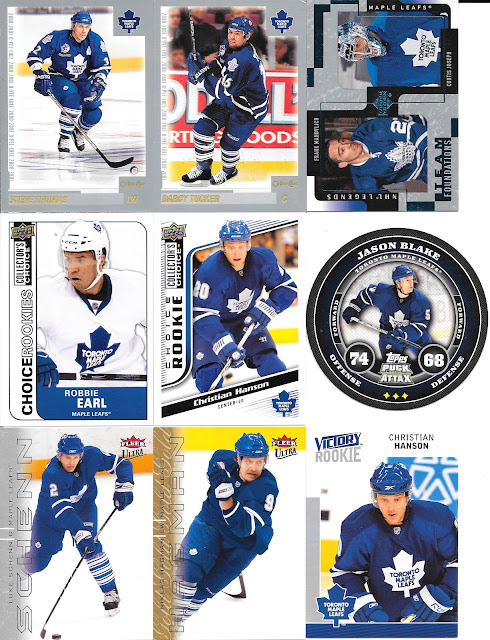 Puck like cards - nice for different shape/effect, annoying because they are slightly wider than a standard card so don't nicely fit in a 9-pocket page....four pocket page it is....
Christian Hanson ended up playing about 40 games over a few seasons with Toronto, and that was it as far as his NHL career goes. 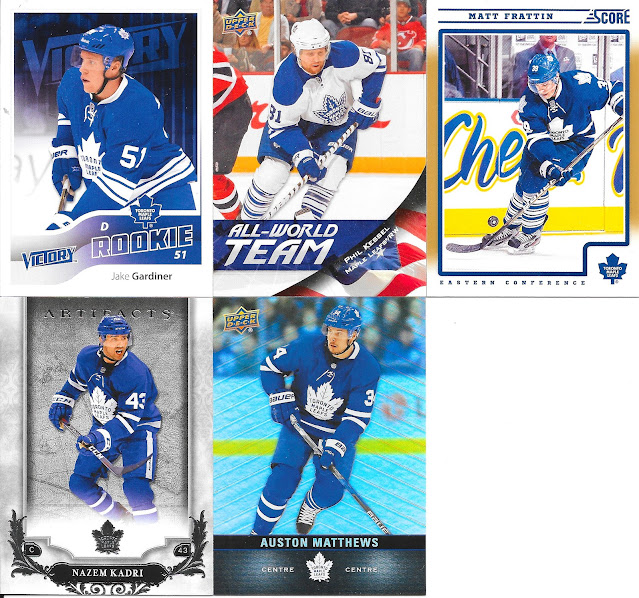 Some nice newer cards - a solid Jake Gardiner rookie, a one and done Leaf insert card for the All World Team, a gold parallel Frattin, an Artifacts card and Timmies Auston - a solid 5 to end.

To think, the wrestling is yet to come....