If I have 2 regrets when it comes to the collecting hobby, getting rid of my 1980s wrestling cards would be the second. The first is getting rid of all my wrestling figures when I was done with them as a kid - the awesome old school LJN ones, I had about 50 of them, all very well loved.

I don't plan on spending the money on the LJN figures - crazy what some go for these days - but happy to get some of the cards back that I had at one time. As it's collecting for love, I have no real care for the condition, and a few are a bit rough, but man, I love these 1985 and 1987 O Pee Chee and Topps cards... 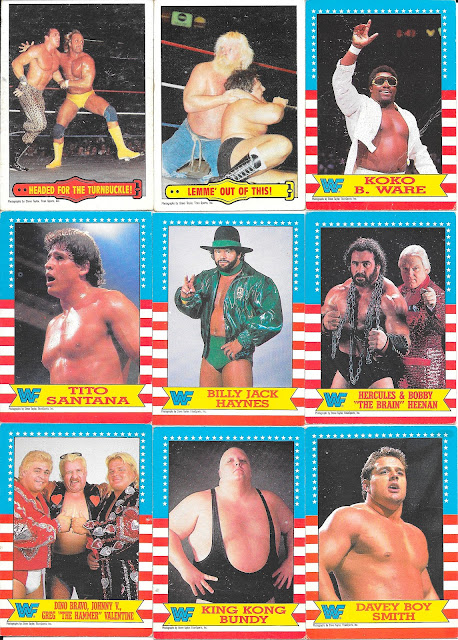 The wrestlers here are who I grew up with - Tito, King Kong Bundy, British Bulldog, The Hammer...all of them, they were like family I visited every week! 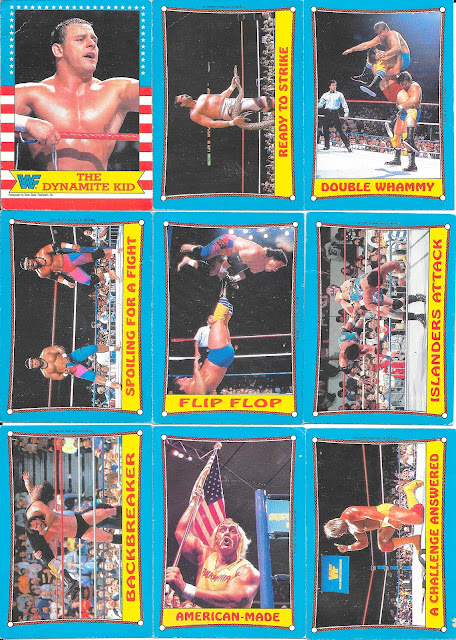 The design is fine enough, very 80s in cartoonish look, but so is Hogan with the Flag....just s0 80s. He is a Real American of course! 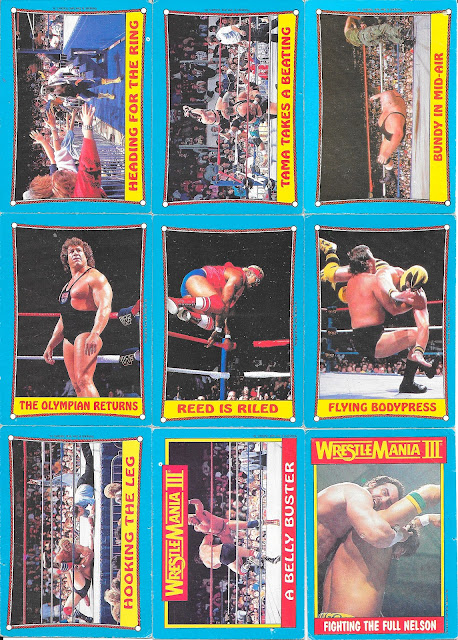 Some great action shots, including the nice multicolour ring ropes. Sometimes it's the little differences that stick with you and get noticed.
Also funny to remember when Hercules was using the Hurt Lock....what goes around comes around... 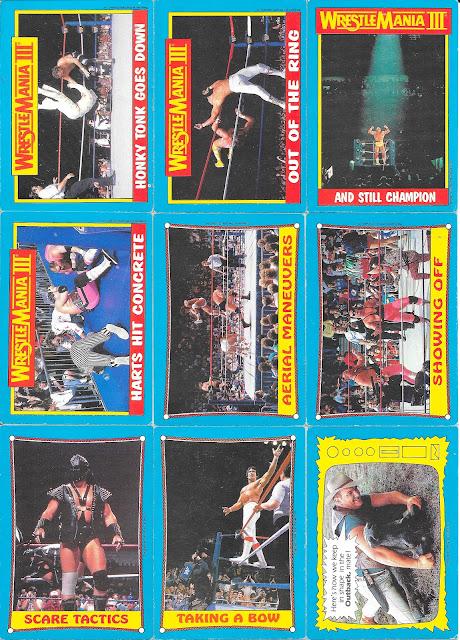 Demolition was such an under rated tag team, though their attire to the ring looked a bit like something out of 50 Shades of Grey 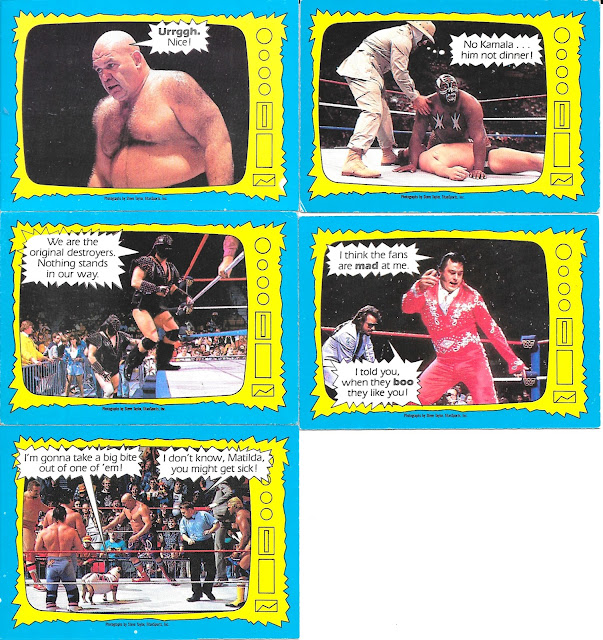 In what I consider a better TV card theme design than The Simpsons from a few years later, these are fun to look back on. Honky Tonk was one great heel - definitely loved to hate him.