It's In The Mag

I originally was looking to get these from sandyrusty as part of the trade, then looked up that they are not that cheap. Makes a bit of sense, cards from a mi-90s WWF magazine probably were not that well cared for, so the number out there is probably relatively small when it comes to mid 90s cards. I was getting WWF magazines from about 1987 through 1993 (and still have them, though they are very well loved and in very used condition, though have them for the memories, not the investment.

Sandyrusty was nice enough to want to send them along because they would be loved and not going anywhere - I really do collect for collecting sake, and though value is nice (I mean, my kids will probably sell the stuff anyway when I am gone), it's my love for the cards and the memories which are what I value in having them. 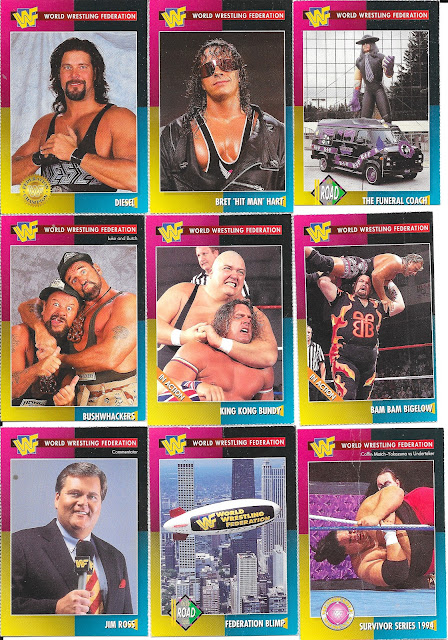 I can go on about the subjects in all the cards, but what strikes me most here is - Jim Ross looking so younf, and remembering the Bushwhackers. Also, yes, the WWF Blimp was a thing for a moment in time too. 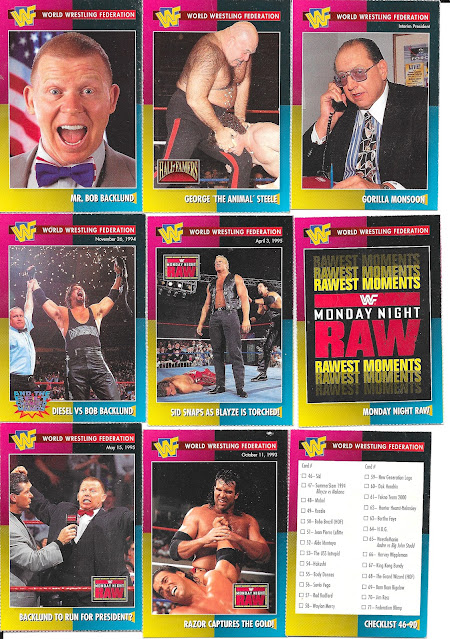 Bob Backlund came off as legit crazy in his program with Bret Hart that I thought he was really an odd character, s I can say, the man played it well. 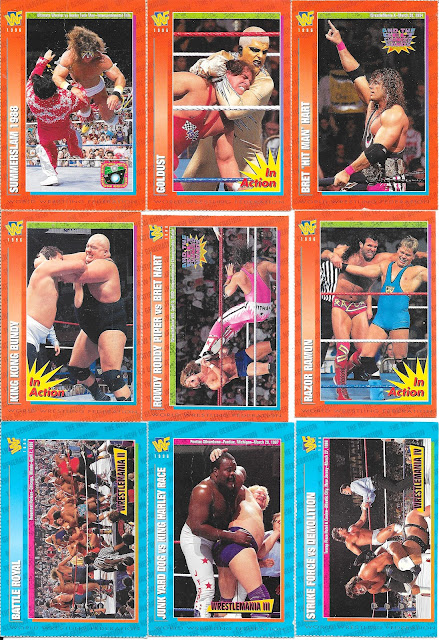 I forget how far Dustin Rhodes has come over time. I mean, the Golddust character was WAY ahead of it's time and done so well, but even the look, makeup, design, etc - it's amazing to look at the different changes in the character over the years for the simple face paint changes, to the character adjustments (remember when he had the "tick" which was akin to Tourette's which was not one of the finer moments of the character). 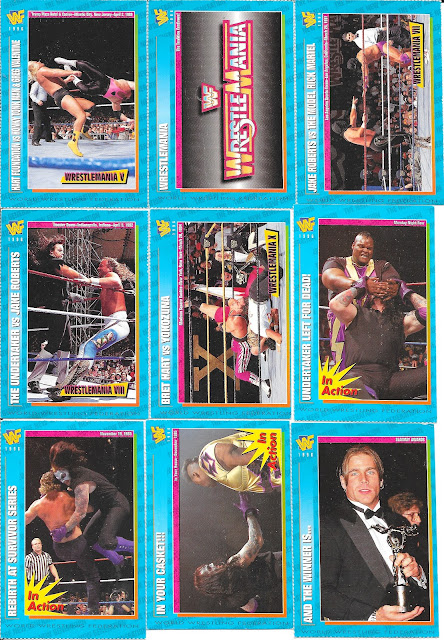 All of the cards come out from 1995 and 1996, and during that time, the growth of the Undertaker and emmergence of Shawn Michaels were highlights, and touched on here of course. 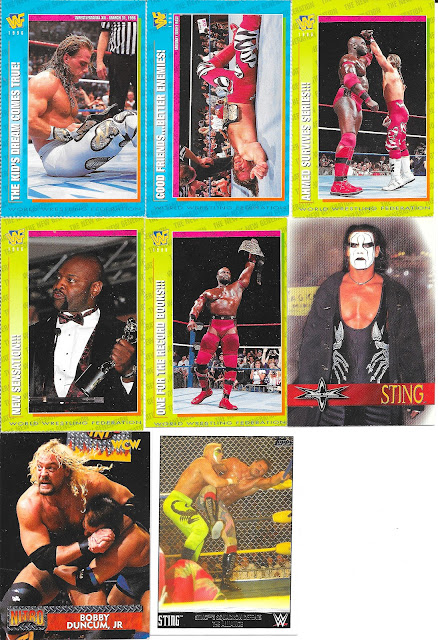 We do have a few other wrestling cards to end, but not nearly as cool - I mean, I like Sting and all, but being a WWF guy in the 90s, though I watched ECW a bit and WCW when I could, Sting was good, but didn't hold a torch to most in the WWF when I watched at the time.
With that, we finally finish the trade box from sandyrusty. All in a good 12-15 team sets completed and a lot of other awesome cards and set building additions as well. Much appreciated and glad to have had the opportunity. Definitely recommended as a trade partner is anyone is on the fence. Hope we can do it again sometime in the future.
Just to tack on a very small trade - because I am happy with trades as big as the one I have been sharing, or as small as this one - I did a quick PWE trade with TCDB member amalum which provided me with a couple Sports Illustrated cards... 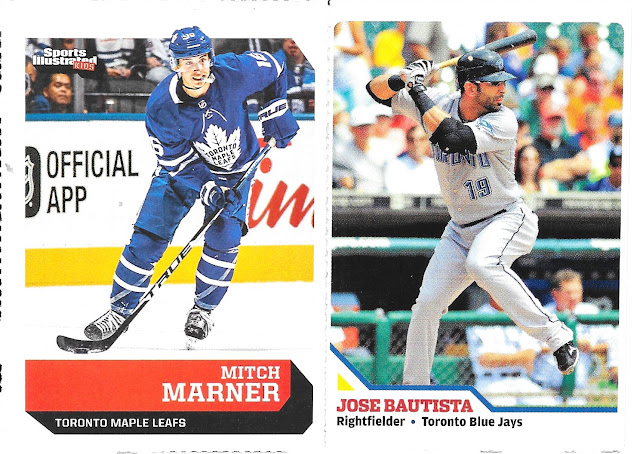 Marner is from the 2019 and Jose is from 2010, both being the only Toronto cards, so I can call these one off complete team sets from each. Not too bad for a 2 card PWE!
Posted by CrazieJoe at 8:00 AM