The Stars Come Out

Yes - I am on another little trade kick, which is a good thing! Sure, I have a bunch of non-trade stuff and plenty of the COVID lot to go through still, but I don't want these trades to go by without a chance to applaud and thank those I traded with.
Today, we have a trade with StarsFan who is a repeat trader, and who is always good for some fun hockey stuff... 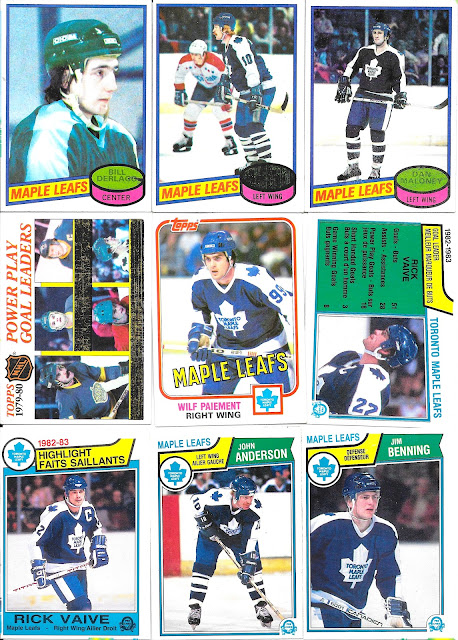 Always appreciate starting with anything that is pre-1990, and here we go back to some 1980-81 Topps needs knocked off to start. The best is, I go from having only a couple 1983-84 O Pee Chee cards, to having most of the Leafs from that set - sweet! 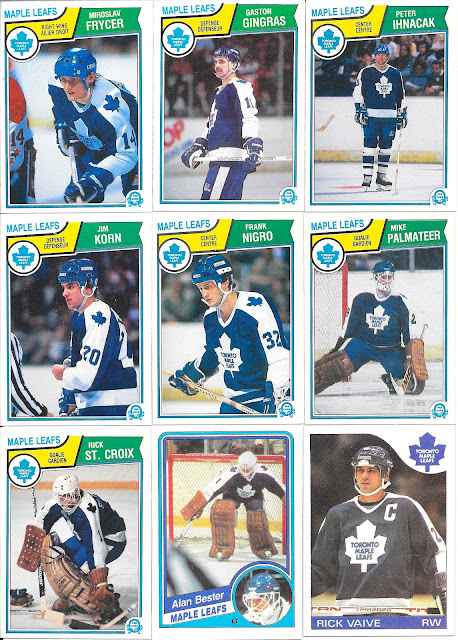 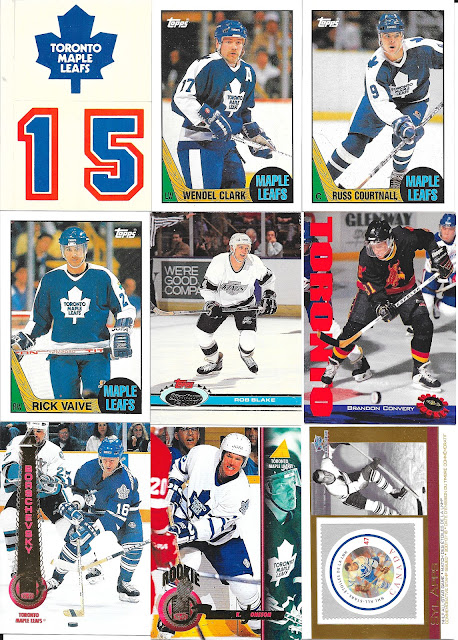 Some solid team set completion as I finish the "massive" 5 card base Leaf set for 1987-88 Topps and the one sticker insert card from 1985-86 Topps as well.
Another variation base card from 1991-92 Stadium Club with the missing Sporting News banner on the back, I think I have the majority now, though still more to pick up.
I use to collect stamps, and have never seen these cards, but have to say, the 2003 Pacific Canada Post NHL All-Star cards are very unique and very cool, and now I have two of the 4 Leaf ones. 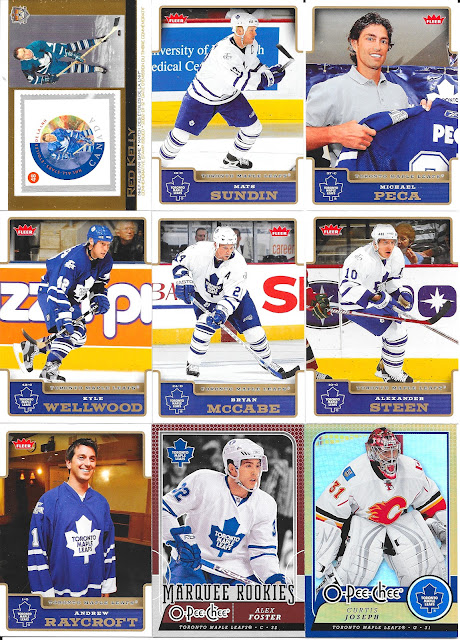 2006-07 Fleer is a set that came up a bit in one of the earlier lots, but didn't get many of the Leafs, so we finally remedy that a bit here, and the Raycroft is specifically pretty nice with the off ice photo. Add in some 2008-09 O Pee Chee rookie and gold cards, and even better. 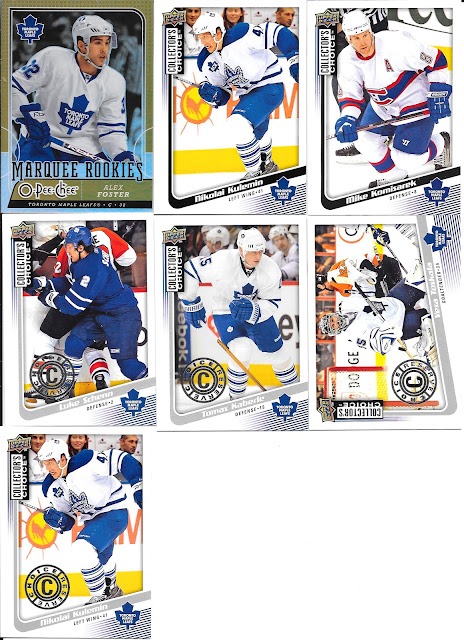 We finish with a bunch of Collector's Choice (and Collector's Choice Reserve parallel cards. Not a big fan of the design here for 2009-10, but I'll let it go for the Leaf content!
As always, appreciative of the trade, and more trades to share still.
Posted by CrazieJoe at 8:00 AM