Another draft pack of Dominara United today, and we get one keeper at least! 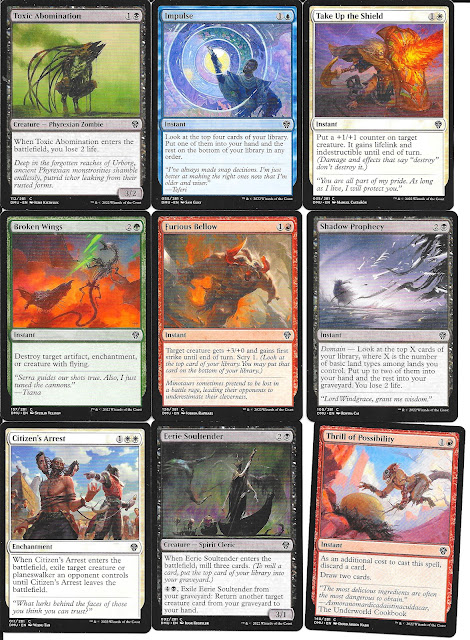 I like the Impulse card. It's a good chance to potentially pull something you need since you get to look and choose from 4 cards. May also be helpful with the three not chosen, going to the bottom of the deck so you get to something else.
Actually, a lot of instants in this pack.

We get a keeper with the Automatic Librarian. Three mana for a 3/2 isn't too bad, and the scry on casting is alright. Not to much to it, and it is common, but still a plus as it goes into the collection. 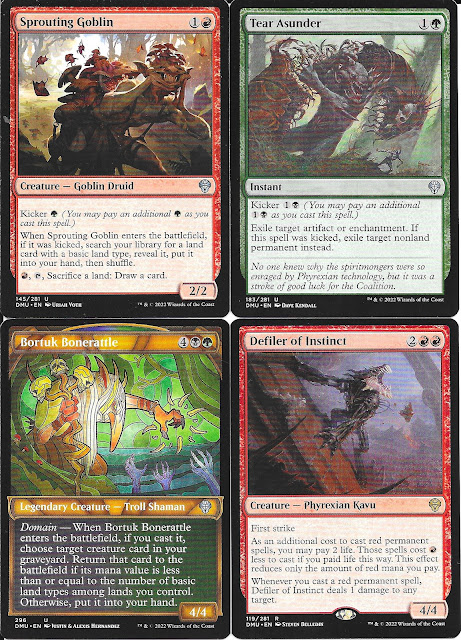 Unfortunately, that's about it as none of the more rare cards fit for me. Yesterday, we defiled dreams and today's rare, we defile instinct. I gather there are other defilers - one for each colour - if I look at the card list. All having one similar ability, and one which is more fitting to the colour.

Not the greatest pack, but I have hopes with two left to go!

A quick trade to share, though I don't usually do trades for a card or two as I like to at least fill a PWE, I did a small PWE with RJeng at TCDB and picked up the following - both of which are second Jays cards from the respective 1997 Metal and 2000 Fleer Focus sets... 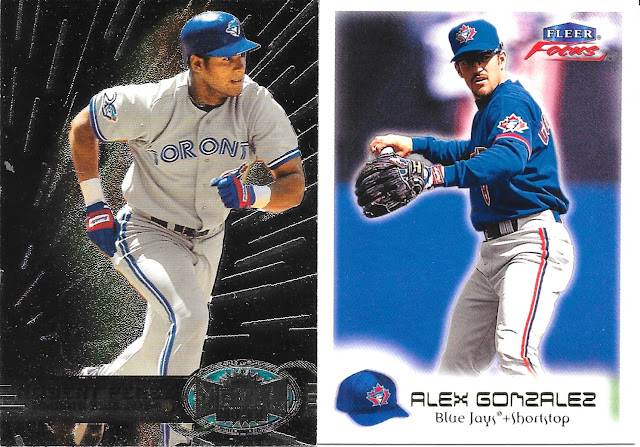 Not a bad scan for a Metal card, and a nice couple new Jays all around.