Maybe From A Pirate

Not sure where the name comes from but users Blargh from TCDB connected with me on a hockey PWE trade. Whether the name is pirate inspired or not - the trade is another great one in my books as we get some more Leaf cards, and some set help on one I haven't received much help on laterly. 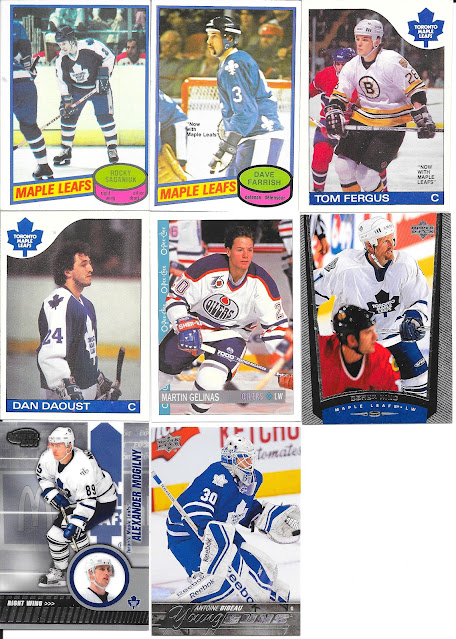 Some more early 80s Leaf cards which has been a nice trend in recent trades. My 1985-86 O Pee Chee Maple Leaf team set is now down to just needing Al Iafrate's rookie card, and I can call that one done.
We have an error card sneak in with Gelinas, as I am working on the 1992-93 O Pee Chee set, so needed a second copy to keep in the error binder (the trade date is off a year).
Mogilny is the first Leaf card I have from the 2003-04 Pacific Invincible set, so always nice to get content from a new set, and a Young Gun Bibeua to end the Leaf content. Being a collector first, not a huge fan of the Young Gun hype, but I do understand it, and didn't mind putting out more cards than I was getting back when getting Young Guns in return. Besides, I don't mind getting less back to help reduce the trade card piles at home. 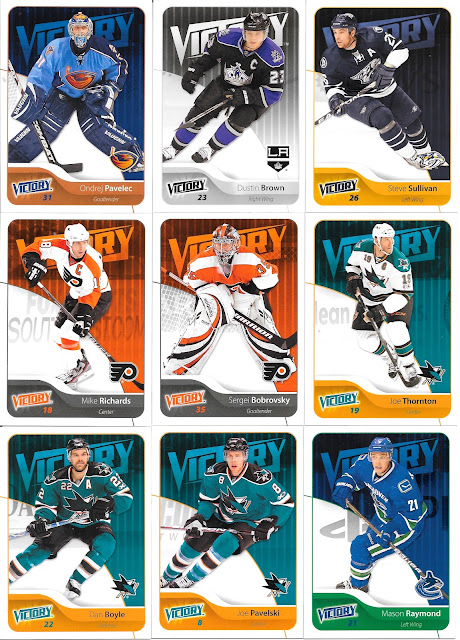 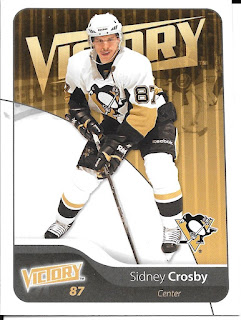