Saw a bit of the set yesterday, and a bunch more today. 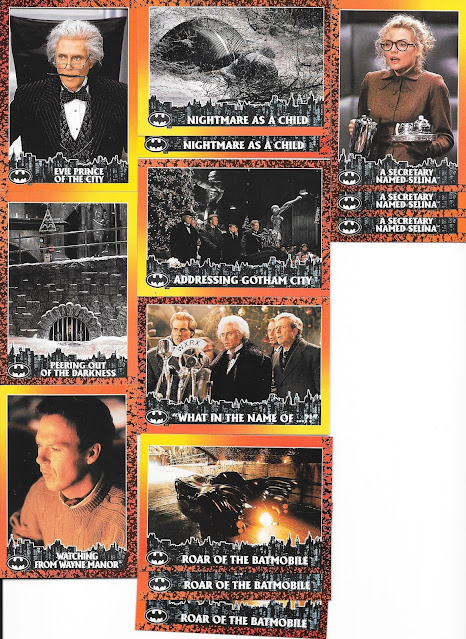 The 1992 set - actually has an O Pee Chee and a Topps version which, similar to the sports cards of the time, only seem to differ by copyright lines on the back. From all I have looked at, these all appear to be Topps for what it is worth 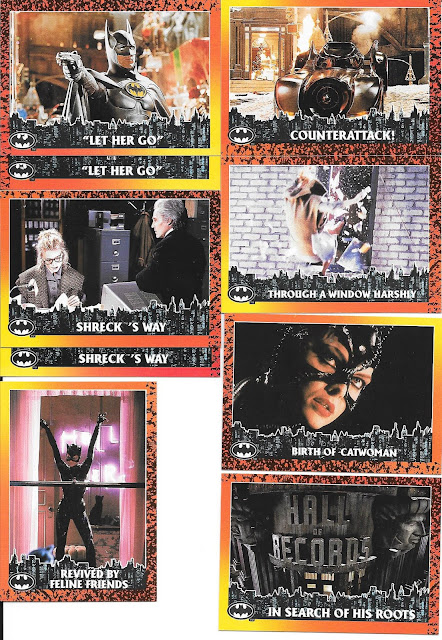 I am guessing these may be the non-complete set cards which came out of a box, or something like that. The set is only 88 cards, so I could see getting a complete set or two, and then collation creating many dupes on some cards, and none on others. 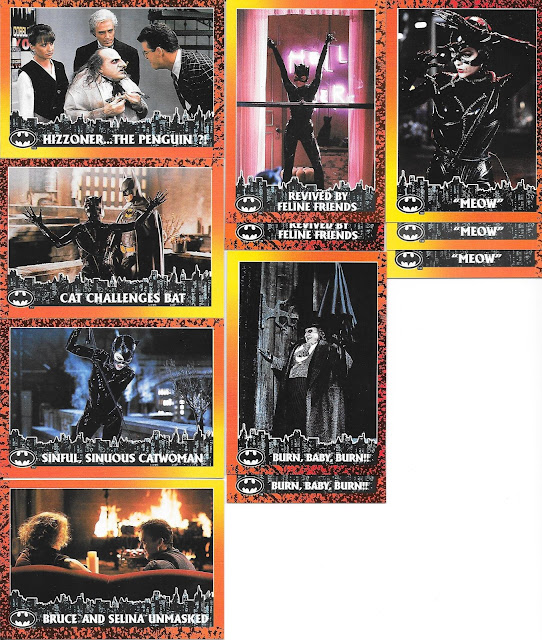 I like the borders, they stand out, but maybe a bit lighter overall would have been better to contrast with what are very dark pictures from the movie. It was a very dark and brooding movie overall, so no surprise there, but the borders keep the cards very dark overall. 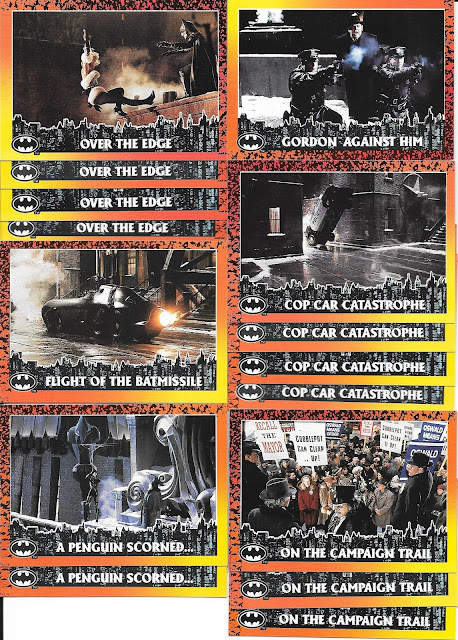 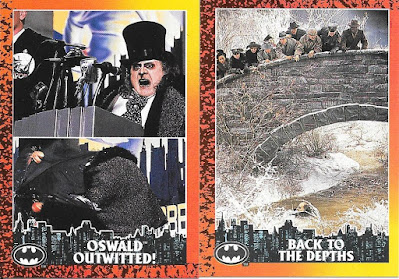 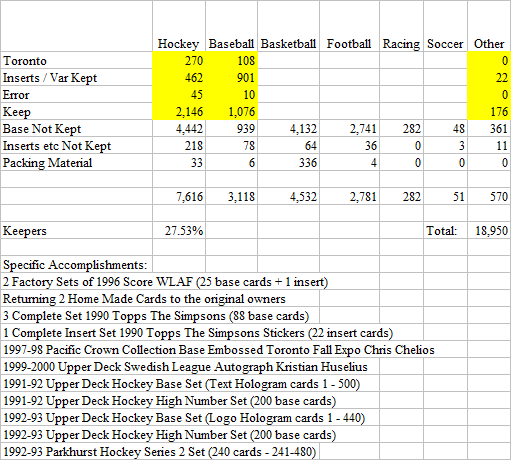 I end today with some cards from a great package from www.baseballcardstore.ca which recently changed up it's pricing a bit such that the per card prices has dropped to a nickel a card, with an offset in increased shipping.
Frankly I expect there isn't much money in it and it's for the love of the hobby because to think something like 200 cards would be $20 USD shipped at those prices, and the shipping would be about half that cost, plus materials and whatever the cost is to acquire the cards - definitely gotta be for the love of the hobby.
All the power to them, I know they work hard and are doing what they can in the hobby, so let's take a look at what came my way. I will definitely be dribbling through these cards as there's just a lot of goodies and I will only get to bits at a time. Today's cards I call the Leaf big additions without completions. 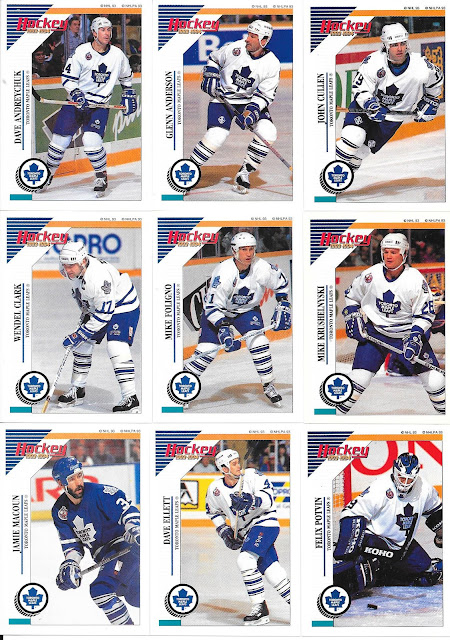 Here, like the rest, we get a bunch of team set help for 1993-94 Panini stickers. Still a couple missing, but this took care of most of them. As I have said, early 90s - those were the Leafs that I feel in love with the sport over really. 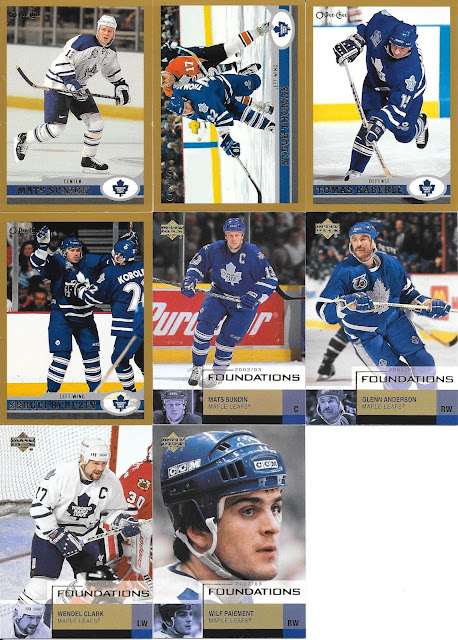 We skip ahead to some late 90s O Pee Chee, and the Foundations Upper Deck set which did a decent job of being a smaller set and touching on a few different time periods with the Leafs. Can't go wrong with any of those Leaf players. 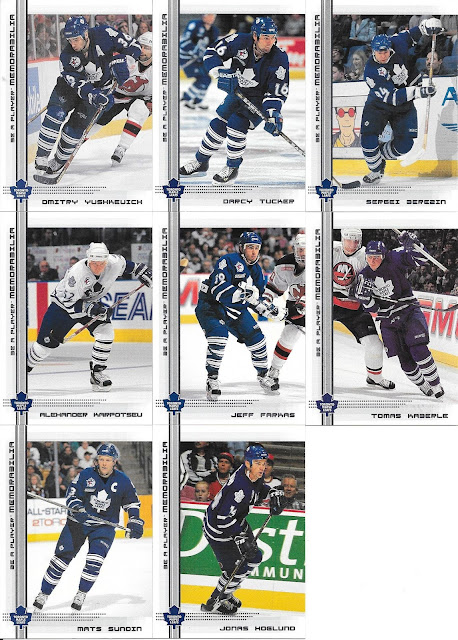 I may not be a big fan of the Be A Player sets, but I still collect them of course. 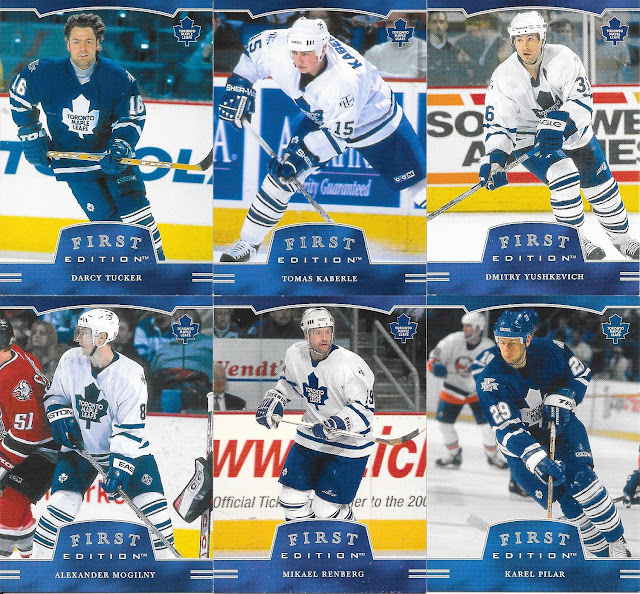 Same here - but this does bring one of the kinds of Leaf cards I really like to get - a Mogilny. I had to check and was surprised at first that there were 462 cards as per TCDB which have Mogilny as a Leaf. Thinking about it, part of that will be because of the parallels starting with some sets back then, so you may get a handful of "different" cards per set. I am more surprised I have supposedly 65 of those cards.
Plenty more to share, but will dabble them in for the next while I am sure.
Posted by CrazieJoe at 8:00 AM