I don't think we have seen much of this set... 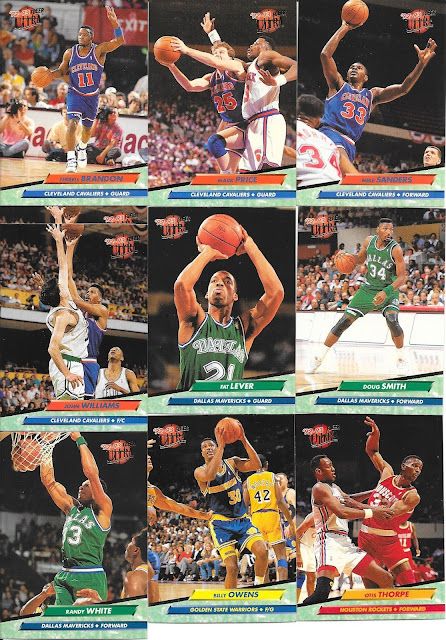 My problem is, when it's the same design used in other sports - hard to remember if it was seen in basketball. I do like the design generally from Ultra. 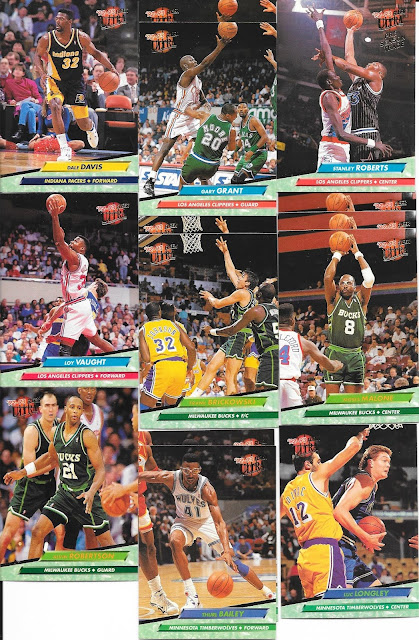 I also like how, rather than try to tweak or change the photo, the pre season trade wording is just added on cards like Stanley Roberts. As you can see, a few dupes through these as well. 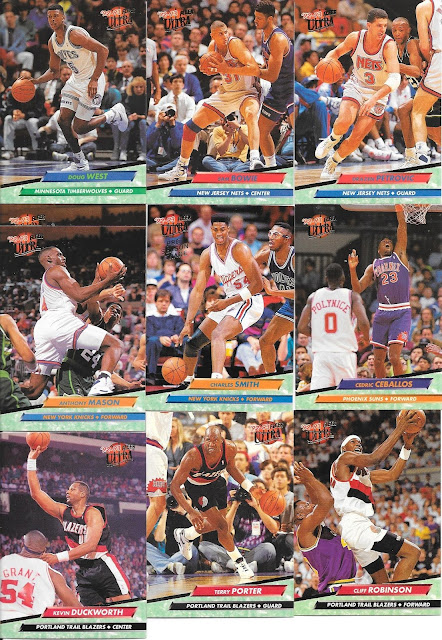 Like yesterday though, a bit of a trickle of a set I worked through a good bunch of not too long ago... 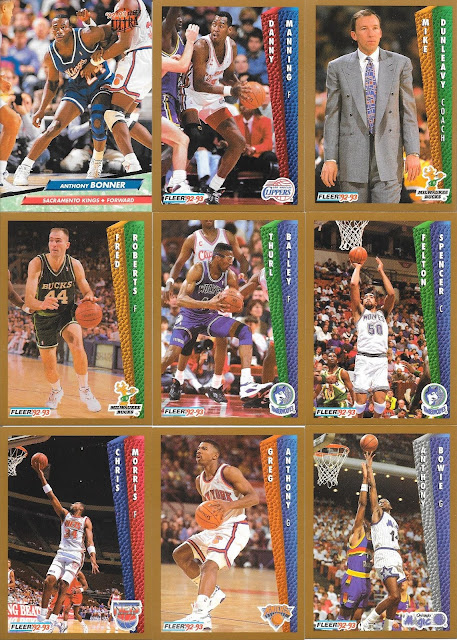 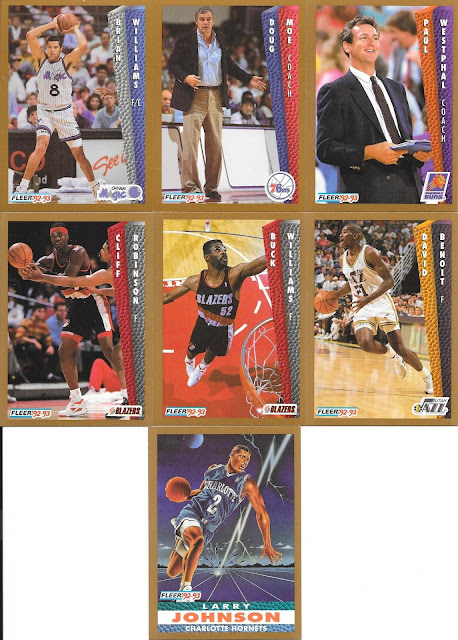 1992-93 Fleer, and here we do get a subset card of Larry Johnson. Not sure why, I remember Larry being bigger than his stats looking back at them now, would seem to show. Not saying he wasn't a solid player, he was a two time all star, and played about a decade, so had some staying power, but what bit of basketball I remember of the time, I would have put him more in line with a Ewing, but I think that may have been generous.

For those who are more into basketball - am I over valuing Larry?

The internet is great for stats, but stats aren't always the whole story. 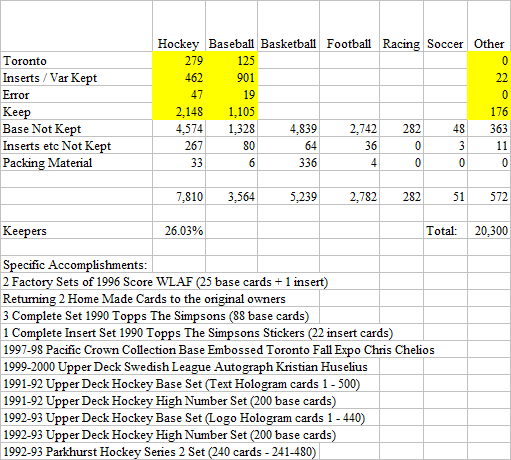 Let's end another day with another PWE trade, this from fellow Canadian and first time trade partner at TCDB Plach1102 who took a good 40-50 Magic cards from me and sent these along in return.... 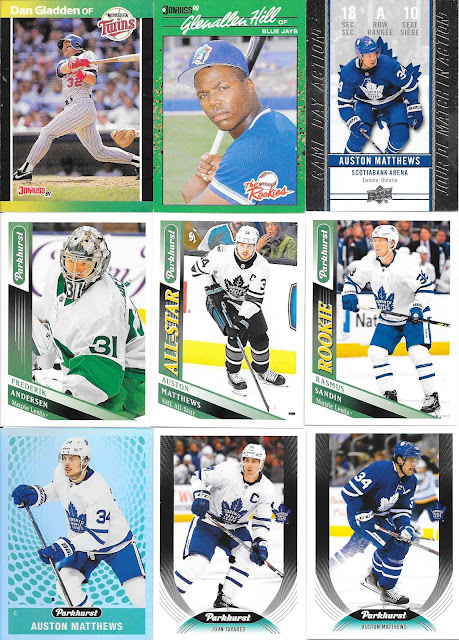 Another set add for 1989 Donruss, The Rookies Glenallen Hill with the green border Donruss out of 1990, and a number of Leafs which have multiple Matthews.
As I say, new cards are not something I buy these days, so amazing to pick these up through trades, and the fact there are a few short prints in these as well is pretty sweet. 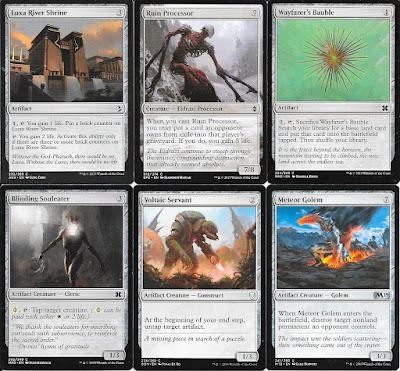 Had to get a few Magic cards too to add to the artifact collection, which all of these end up being new to me for the sets they relate (though most I have from other set releases).
Great trade and hope we can do more in the future!
Posted by CrazieJoe at 8:00 AM