Today's lot pulls continue the baseball trend, and when looking at the late 80s, early 90s sets that have come up here, the most successful for helping me build sets is definitely 1988 Topps. 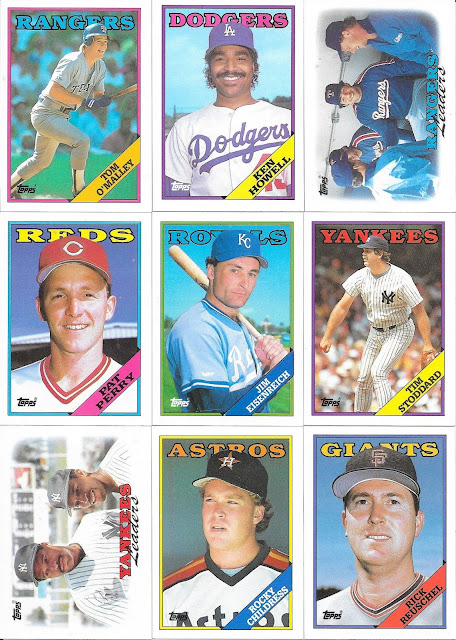 Given how much the cards are easily accessible, and having had some from when I originally collected, still surprises me I am not even half way there on the set, however nice big base sets with minimal inserts was of the time, and in some ways I miss - I mean, now everything is "special" as there are 1,000 inserts in every product, that it makes nothing really feel special. 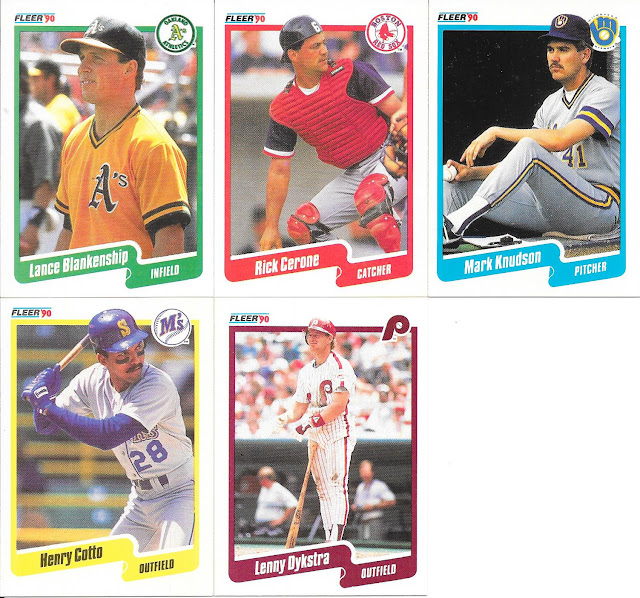 Wouldn't mind more 1990 Fleer as that sets in similar position as the 1988 Topps.
Did well on the Jays today though... 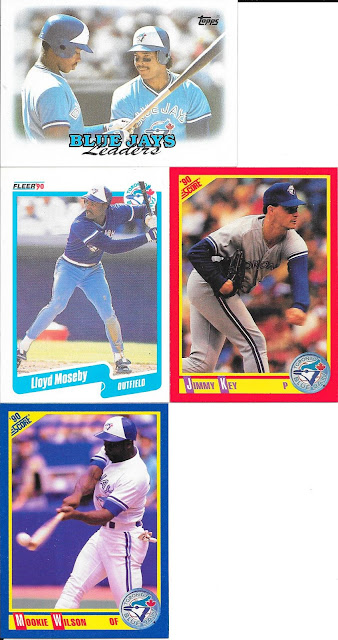 Mookie!
Also did well with errors and a couple uncorrected error cards... 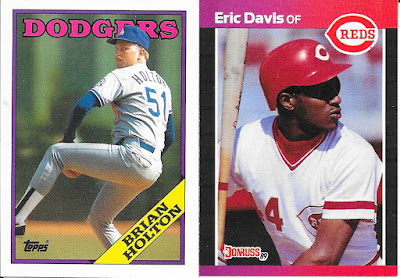 I don't bother sharing the uncorrected error details when writing here just because they are usually small typo or writing issues on the cards and not worth getting into (like here), but do like mentioning they are error cards in case anyone out there is interested and didn't know of the errors, so you can look into too if you like.
As for all the rest... 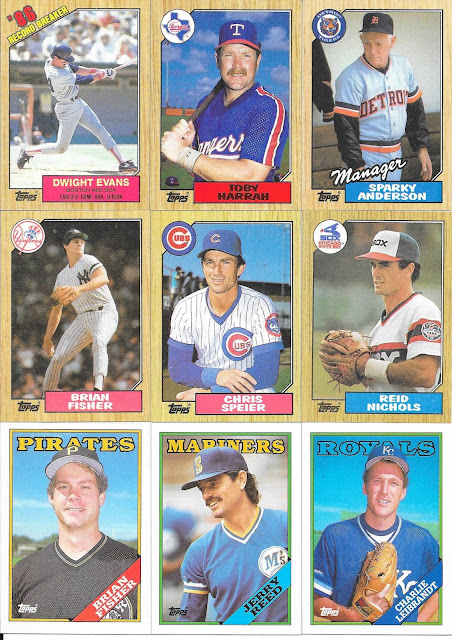 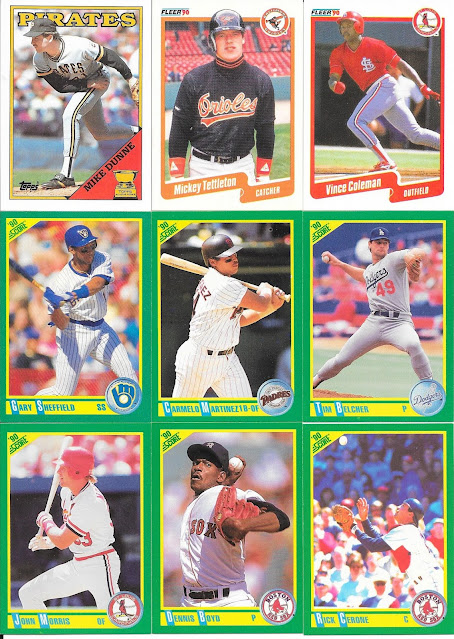 The usual suspects including more 1990 Score. 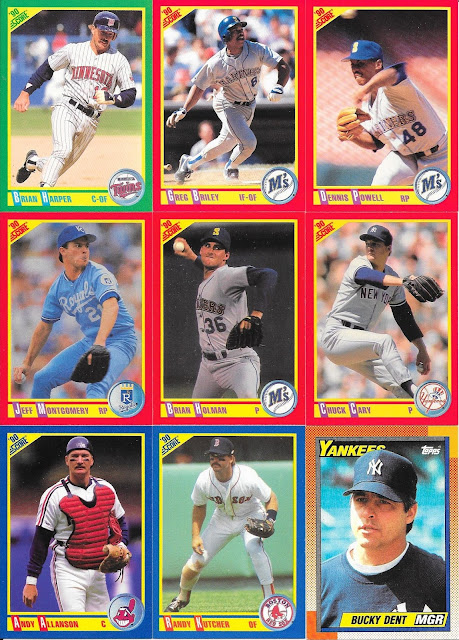 Then we end with a single random Upper Deck football card...maybe a sign of more to come knowing how this lot has worked! 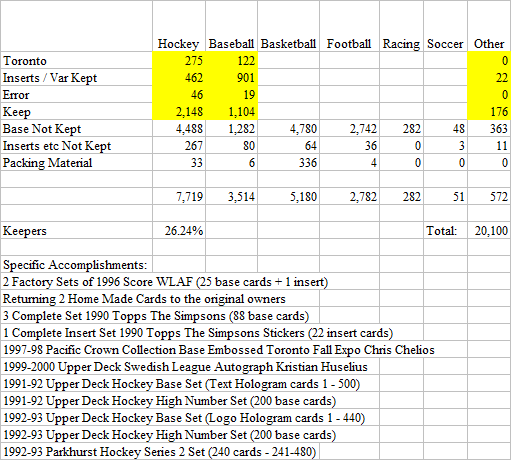 I get to end today on a nice trade note with a PWE trade with TDorsay over at TCDB. It's been a while since I traded with Trevor, but he reached out with an offer which I had no problem accepting, and here is what he was kind enough to send my way. 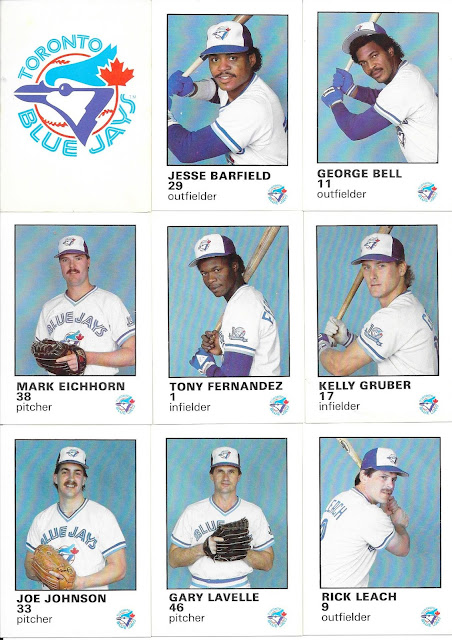 We have a bunch of the 1987 Team set release here. I only had one of the cards before, and here we get a majority of the rest of the set, though I am still missing a few cards.
Many of these are Jays I grew up on including Tony, Kelly Gruber here very early in his career, George Bell and Jesse Barfield. 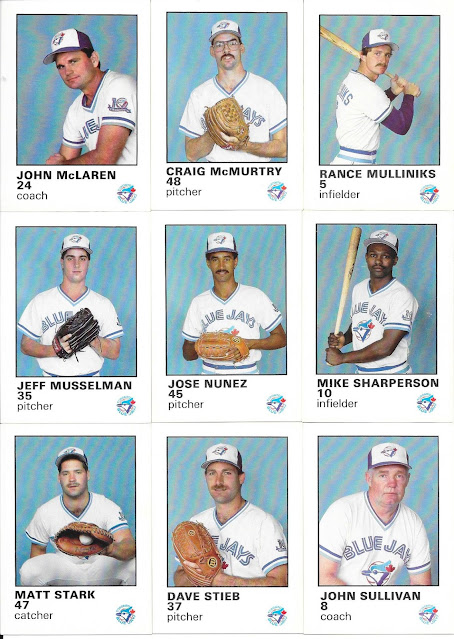 My scanner doesn't seem to have liked that blue background here...lol. Trust me, the cards are fine. A nice Stieb card pick up too. 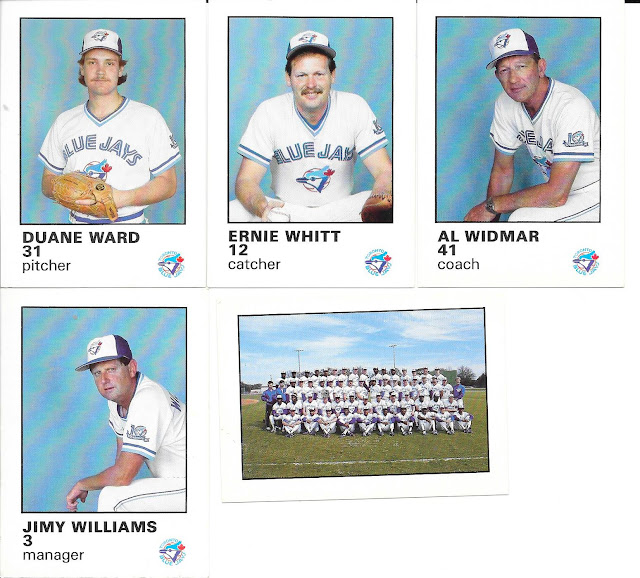 Ernie Whitt - I actually have on my wall in the basement a magazine advertisement page with him batting in the picture, which I had him sign. I don't recall it way back when, and no idea why I have it, but I do and it's framed and on the wall. 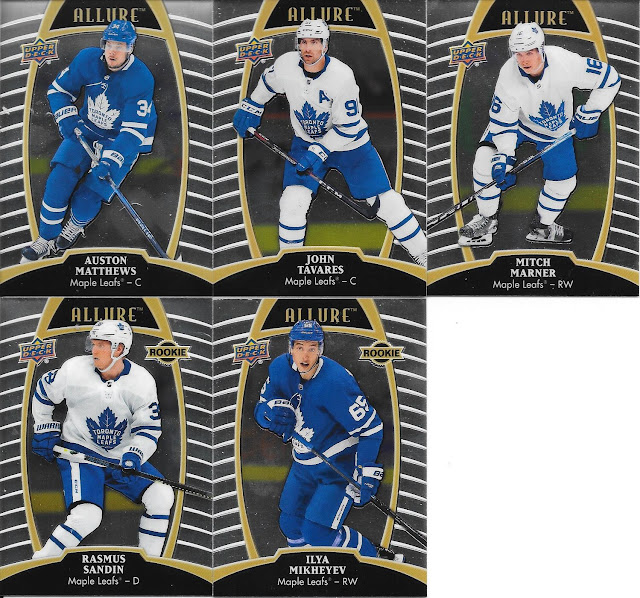 The other get in the PWE was the 5 pure base cards (there are a couple shorter print cards in the base set), from Allure. Allure is a set I at least remember seeing boxes for at Walmart, but not a set that really drew my attention, but really cool to knock off some of the Leaf cards. The design is something of an O Pee Chee Platinum meets Artifacts or a Tim Hortons design.
I appreciate the trade as always!
Posted by CrazieJoe at 8:00 AM